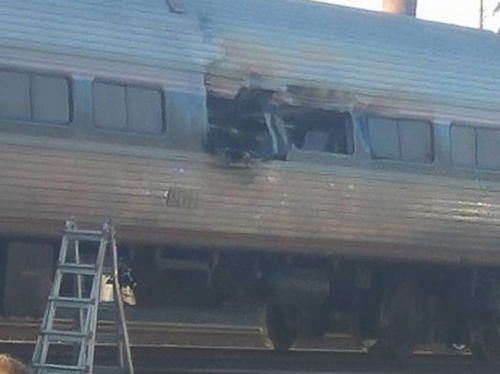 UPDATED APRIL 6, 2016, 2:30 p.m.: Amtrak Train 89, the New York City-Savannah, Ga., Palmetto, partially derailed at Chester, Pa., approximately 15 miles southwest of Philadelphia, on the Northeast Corridor early Sunday, April 3, 2016, after striking a maintenance-of-way backhoe on the tracks. Two Amtrak maintenance-of-way employees were killed and 35 on board the train were injured, one seriously.

Amtrak Train 89 had 341 passengers and seven crew members on board at the time. Killed were the equipment operator and a track supervisor. Debris from the crash flew into the first two cars, injuring passengers. The train was traveling at 106 mph, 4 mph below its maximum authorized speed of 110 mph.

This was the second Amtrak wreck involving fatalities in the space of about a year. On May 12, 2015, the derailment of New York-bound Amtrak Train 188 at Frankford Curve in Philadelphia left eight people dead and more than 200 injured. Train 188 derailed due to an overspeed condition on a curve at which there was no civil speed restriction enforcement in place at the time. 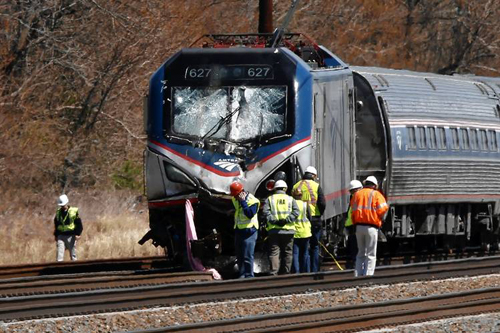 Amtrak completed installation of ACSES (Advanced Civil Speed Enforcement System, its form of Positive Train Control), on the Northeast Corridor late last year. PTC systems are required to prevent incursions into established work zone limits without first receiving appropriate authority and verification from the dispatcher or roadway worker in charge. If employees establish a work zone on a particular track, it requires protection.  If they do not establish a work zone, or report that they are clear of the track, releasing their authority back to the dispatcher, PTC cannot provide any protection. Does this latest accident indicate that ACSES—indeed, no PTC system—is 100% fool-proof and fail-safe? 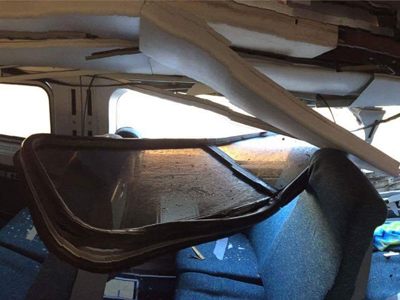 “Just like any other engineering system, PTC only works when used properly, meaning it is still necessary for a track gang to formally establish a work zone,” observes one veteran railway engineering professional.

“PTC is not the magic weapon that will end all accidents forever, as there is always something wrong with everything—even PTC. The devil is always in the details. 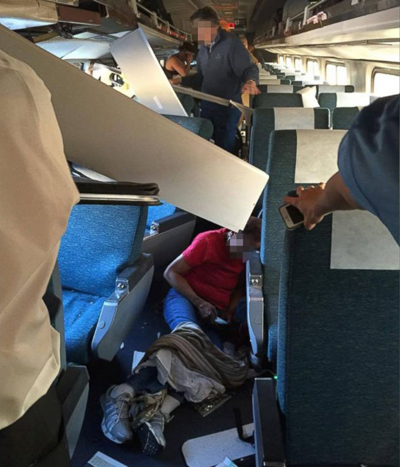 “The normal procedure in the NEC is to block the exit at the last interlocking before reaching the worksite in each direction. The current signal practice on the NEC has been to always provide a vital exit block on every main track leaving each interlocking with control from the dispatcher’s office, and a positive indication back on the dispatcher’s display showing which track is blocked. The signal system then positively prevents any signal from displaying an aspect more permissive than “Stop Signal” for any route leading to that exit. ACSES then enforces “PTS” (Positive Train Stop) at all “Stop Signals”—thus preventing any train from entering the out-of-service track between the adjacent interlockings.
“Where there are multiple tracks and interlockings relatively close together, taking the entire track out of service between interlockings seems to be the most positive, effective, cleanest and safest way to do it.”

So, was the work zone protected? Was the correct track taken out of service? Following is an account from an experienced observer:

“It looks like a head-on collision with the backhoe actually on its hi-rail wheels on the same track as Train 89. My guess is that the boom was initially lined up with the track it was on, waiting for the approaching train to go by on an adjacent track.

“When the Supervisor on the ground suddenly realized that the approaching train was on the same track, it appears he raced toward the backhoe to warn the operator, but was too late and he was also fatally injured by the mess of the collision.

“Because of the mass of the whole train, tightly coupled, vs. the mass of the backhoe, the principal damage to the train appears to be the force of the collision that caved in the front of the brand-new Siemens ACS64 motor and derailed the front truck, and the destruction of the boom that flailed around before disintegrating and possibly was the cause of the broken windows in the first car.

“Also, because the tightly-coupled train consist remained on the rails without any ‘jack-knifing,’ everyone in the train all of the way to the rear felt the force of the forward impact of the initial collision, with luggage and even some seats apparently coming loose and moving.

“The backhoe apparently experienced significant disintegration, but with the remaining mass of whatever was left being pushed nearly a mile, according to one account, down to 6th and Booth Streets opposite the Trainer freight yard where the train finally stopped, and where all of the first responders showed up to deal with it. The initial collision must have been actually up in Chester someplace.

“The locomotive stopped with its front truck on the ground, but plowing the ballast and gouging the ties just to the left of the running rails, resulting in the ‘sounds of ballast’ hitting the underside of the train, as reported by occupants of the train to local media.

“The reports of ‘being terrorized’ by ‘flashes of flame’ reported by other occupants to the media were likely the result of debris striking the catenary—probably mostly the disintegrating boom of the vehicle—which in the process of disintegration made metallic contact between the 11KV of the catenary and the roof of the train, ultimately tripping the breakers at Lamokin Street and at Bellevue, de-energizing the catenary after a brief but rather spectacular display of a significant arc of many thousands of amperes, resulting in both breakers quickly tripping on overcurrent.

“All of the above is a bit speculative, but is the most likely scenario in my own attempt to put the pieces together with what little evidence is currently available.

“The biggest question is, why did the normal daily event of a work force stopping work to safely observe a train passing on the adjacent track turn into the passing train being on the same track.”

Only a thorough, time-consuming investigation will uncover the facts, and the answers to questions like these as well as others that will undoubtedly arise. The NTSB and the FRA have investigators on the scene for this purpose. However, noted one observer: “The NTSB has all the information it needs to quickly determine exactly what happened: The train’s event recorder, forward- and inward-facing cameras in the locomotive cab, radio transmissions, dispatcher records, etc. So why will it take 12 to 18 months to issue an official finding and a final report? By now, anyone involved knows exactly what took place.”