President Trump announced his intention to nominate Jennifer L. Homendy to be a Member of the National Transportation Safety Board.

The nomination announced late April 11 is for the remainder of a five-year term expiring Dec. 31, 2019.

Homendy, of Virginia, currently serves as Democratic Staff Director of the Subcommittee on Railroads, Pipelines, and Hazardous Materials for the Committee on Transportation and Infrastructure, U.S. House of Representatives, a position she has held since 2004. She advises members of Congress on legislation involving railroads, the safety of oil and natural gas pipelines, and the transportation of hazardous materials. Homendy is certified by the International Association of Fire Fighters on Core HazMat Operations and Missions-Specific PPE and Product Control.

From 1999-04 she was a Legislative Representative for the International Brotherhood of Teamsters. Prior to that, Homendy worked for the Transportation Trades Department, AFL-CIO, the American Iron and Steel Institute, and the National Federation of Independent Business.

Homendy is a graduate of the Pennsylvania State University. 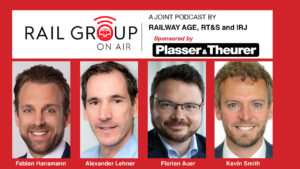