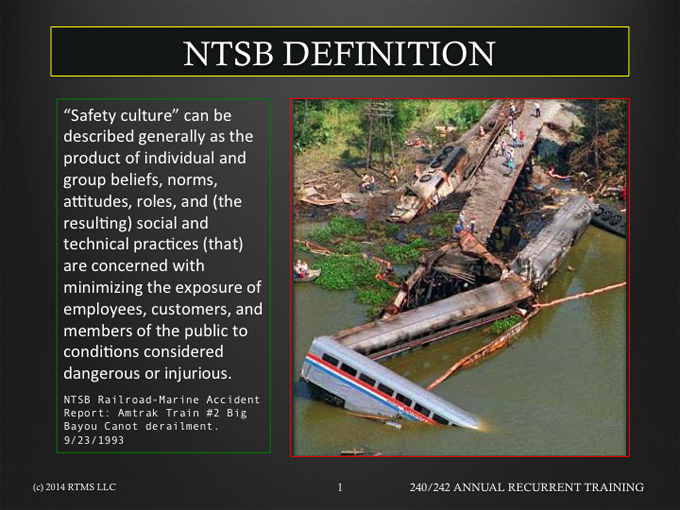 They won’t face prison. But they now have the daunting task of putting their lives back together after being embroiled in the Canadian legal system for four and a half years.

Dozens of prosecution witnesses provided vivid descriptions of multiple alleged safety-related operational failures of the defendants, their supervisors, railroad equipment, the MM&A’s safety culture, and Transport Canada (TC), the Canadian equivalent of the Federal Railroad Administration. So, while the hard-fought trial is complete, the lessons MM&A’s runaway oil train disaster can provide will have a long and useful life, provided those concerned with railroad safety will study the case specifics.

The Transportation Safety Board (TSB) of Canada’s 12-page report (downloadable at the link below) covers MM&A and the runaway oil train. It is a good place to start learning about the cataclysmic events of July 5 and 6, 2013; MM&A’s prior management practices, which led to contributory causes; and the results of TSB investigations.

History’s final verdicts on events before and after the tragedy will be a long time in coming. When written, that volume could be titled The Night All the Swiss Cheese Holes Lined Up. However, some initial perspectives are emerging.

Safety Culture and “If Only”

MM&A’s “generally reactive” approach to safety, rather than a proactive one, was a major construct of the shoddy safety culture identified by TSB, which also found, “There were significant gaps between the company’s operating instructions and how the work was done day to day.”

On the night of the disaster, it is likely that if only one of the management decisions had been different, or if only one of the equipment conditions had not been present, the trio of railroaders would have never been in a courtroom.

The mechanical condition of lead locomotive no. 5017 lead to one of the event’s many “If Only” situations:

• If only operations manager Dematrie had not dismissed the July 4, 2013 report by engineer Francois Daigle that 5017 was belching black exhaust plumes.

• If only 5017 not been rewired in a way that violated TC safety regulations.

• If only an MM&A employee with air brake system knowledge had been sent to check on the train after 5017’s fire had been extinguished.

Any change in these actions might have prevented just one Swiss Cheese hole from lining up, and the catastrophe may have been avoided.

The testimony of Michael Horan, MM&A’s former safety and training supervisor, provided an unflattering portrait of MM&A management. Horan was on the witness stand for six days. During one particularly rigorous cross-examination, he told the court he had no formal training in safety education, no budget, and needed prior authorization to use his company credit card.

Horan should have been the tip of the spear when it came to implementing MM&A’s Safety Management System (SMS), the U.S. equivalent of which is 49 CFR Part 217.9, FRA Program of Operational Tests and Inspections. Horan had a title, but that was about all. If only …

The TSB report notes MM&A had implemented its SMS in 2002. However, TSB stated TC never audited MM&A’s SMS until 2010, and that other prior inspections showed “clear indications” the SMS was not working properly. One of those clear indications was the discovery by Canadian investigators of another improperly secured MM&A oil train on July 8, 2013, while Lac-Megantic’s downtown was still smoldering. If only . . .

The prosecution’s case was so weak that defense attorneys elected to rely solely on cross-examining prosecution witnesses to obtain an exoneration. Witnesses necessary to establish prosecution facts were far from ideal and actually had created some of those Swiss Cheese holes that lined up on the fateful night.

One of the best assessments of the Crown’s weak case came from Railroad Workers United (RWU). In its celebratory news release after the not guilty verdict, RWU stated, “While the prosecution focused largely on a single event —the alleged failure of the locomotive engineer to tie down enough handbrakes—they were tripped up at every turn by their own witnesses—government, company, ‘expert’ and otherwise—who, by their testimony, incriminated the company and the government regulators, rather than the defendants.”

Did MM&A’s weak safety culture, exposed by skilled defense cross-examinations, provide jurors with a mitigating factor? Did it predestine the defendants’ failures and therefore predestine they could not be held criminally accountable? We’ll likely never know, because, unlike in the U.S., Canadian juror identities are kept confidential. The media can’t go knocking on doors, soliciting comments.

Thomas Walsh, engineer Harding’s attorney, did provide his perspective on jury deliberations in a Jan. 22 media interview. Walsh said the jury worked hard and got it right.

Walsh’s and Harding’s personal backgrounds are interesting. Walsh is not an established, well-known “railroad lawyer,” but has a general criminal defense practice in Sherbrooke. Harding comes from a railroad family. His two brothers are engineers and his father was an engineer. The jury knew that.

Walsh admitted the trial established that Harding did not secure sufficient handbrakes and then did not conduct a correct “roll test” on his train. If only . . .

Walsh said he repeatedly sought during the trial to show that MM&A “had a totally dysfunctional safety management system and [was] not doing anything nearly adequate to keep the railroad safe. You have to keep identifying and correcting safety lapses.” His comments mirror TSB’s findings.

“The jury saw Harding was basically a good man. He was thought to be a superior train engineer.” Harding was, according to Walsh, “guilty of imperfect compliance, which is a far cry from criminal negligence.”

Canadian reporters generally got it right in their initial event and trial coverage. The Lac-Mégantic trial dealt with many complex technical issues relating to air brake systems, train securement, TC safety regulations and other industry complexities. A review shows the reporting helped the average citizen correctly understand the event and the trial.

U.S. railroad managers, many knowing my media background, often quietly—and rightfully—complain about local news reporters’ lack of factual rail industry knowledge. This unfamiliarity regularly appears in U.S. rail-related news reports. Professional railroaders cringe when the word “trains” is substituted for “cars.” And we’ve occasionally heard something along the lines of, “The engineer steering the train at the time of the collision pressed on the brake pedal but was unable to stop in time.” Good God!

On scale of 1 to 10, the Canadian media’s reports were at least a 9. Those interested in studying the trial generally can rely on those reports.

Several railroad labor unions came to the vigorous defense of Harding, Dematrie and Labrie. The jury verdict, unions say, validates concerns about “blame the worker first” policies they allege have been wrongly adopted by railroads and government safety regulators.

Dennis Pierce, National President of the Brotherhood of Locomotive Engineers and Trainmen (BLET) and President of the Teamsters Rail Conference, stated, “Although it remains a travesty that criminal charges were ever filed, justice was served in the unanimous not guilty verdict … As the jurors rightly determined, blaming the workers for the Lac-Mégantic catastrophe was the wrong thing to do.”

RWU also has long campaigned against “blame the workers first” policies. Its Lac-Mégantic news release also celebrated the verdict and concluded, “Railroad workers must be ready, willing and able to come to one another’s defense to prevent the rail carriers and the state from criminalizing our behavior while they—the real criminals—get off Scott free.” Note: RWU is not involved in contract negotiations so it tends to use such strongly charged language.

What about the trend toward criminalization of railroad accidents? This is hard to define. Criminal negligence laws and individual culpability thresholds vary widely from state to state.

The Amtrak Cascades Train 501 derailment occurred in Pierce County, Wash. On Jan. 16, three days before the Lac-Mégantic verdict, the Pierce County Prosecuting Attorney Office’s public information officer stated, “Nothing has been referred to our office as of yet and there is no indication anything is forthcoming in the near future.” Clearly, that’s far from a definitive slam-the-door statement. And it’s a certainty the Quebec jury’s verdict is being reviewed there.

After reviewing the trial and its testimony, it’s clear that if it could have been indicted, MM&A’s safety culture should have been at the defense table. But what exactly is a “safety culture,” of which TSB, TC, FRA and NTSB often speak? Many of the definitions come from the chemical manufacturing and health care industries.

One of the best transportation definitions came from the NTSB in the mid-1990s. Found in the agency’s report on Amtrak’s March 23, 1993 Big Bayou Canot crash, the full text is shown in the illustration below. Keep in mind NTSB was evaluating an inland waterway operator and its personnel who, lost in a dense fog, slammed a barge tow into a railroad bridge in front of Amtrak’s Sunset Limited, causing a severe lateral track dislocation that derailed the train.

One of the best unofficial definitions came from a now-retired CSX Florida Business Unit safety manager. “It’s how we do safety around here,” said Garry Metcalf in 1994 at a then-new FBU Safety Overlap Program meeting. “You know a good safety culture when you see it.”

At the operational level, establishing a safety culture requires ensuring that situations that might later be described as an “If Only” do not become primary, proximate, contributing or root causes. In the field, keeping the Swiss Cheese holes from lining up takes work (man-hours), money, total workforce participation and a truly supportive corporate commitment.

The Big Bayou Canot bridge-strike investigation in the mid-1990s provided the backdrop for the National Transportation Safety Board’s “safety culture” definition. The definition came in a highly critical discussion of an inland waterway operator’s safety, training and qualification programs and its safety culture. Chemical and pharmaceutical manufacturing and the health care industries have similar definitions. 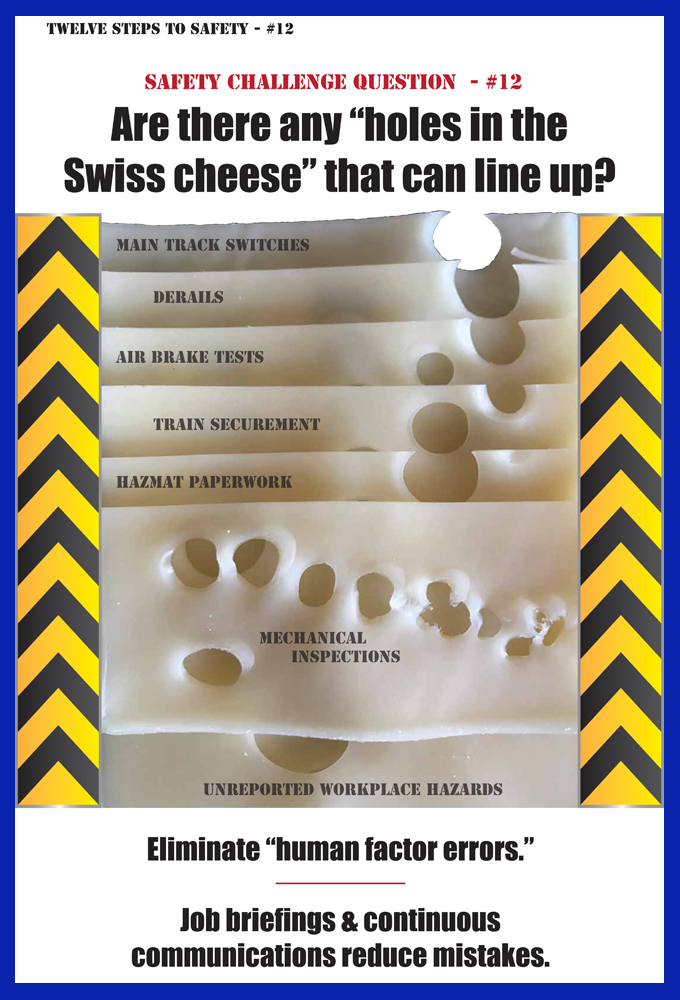 Swiss Cheese factors: Employee safety culture education is one of many steps required to install a real safety culture. This poster reminds operating crews that proactive on-duty actions are essential to incident prevention. Similar instructional programs and visual aides for front line supervisors and middle and senior managers are required to help install a true culture of safety. In a perfect world, Swiss Cheese slices are never created.

Safety, translated from planes to trains? 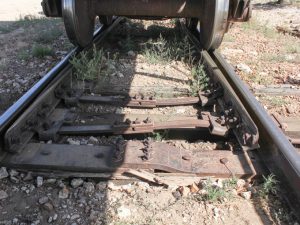