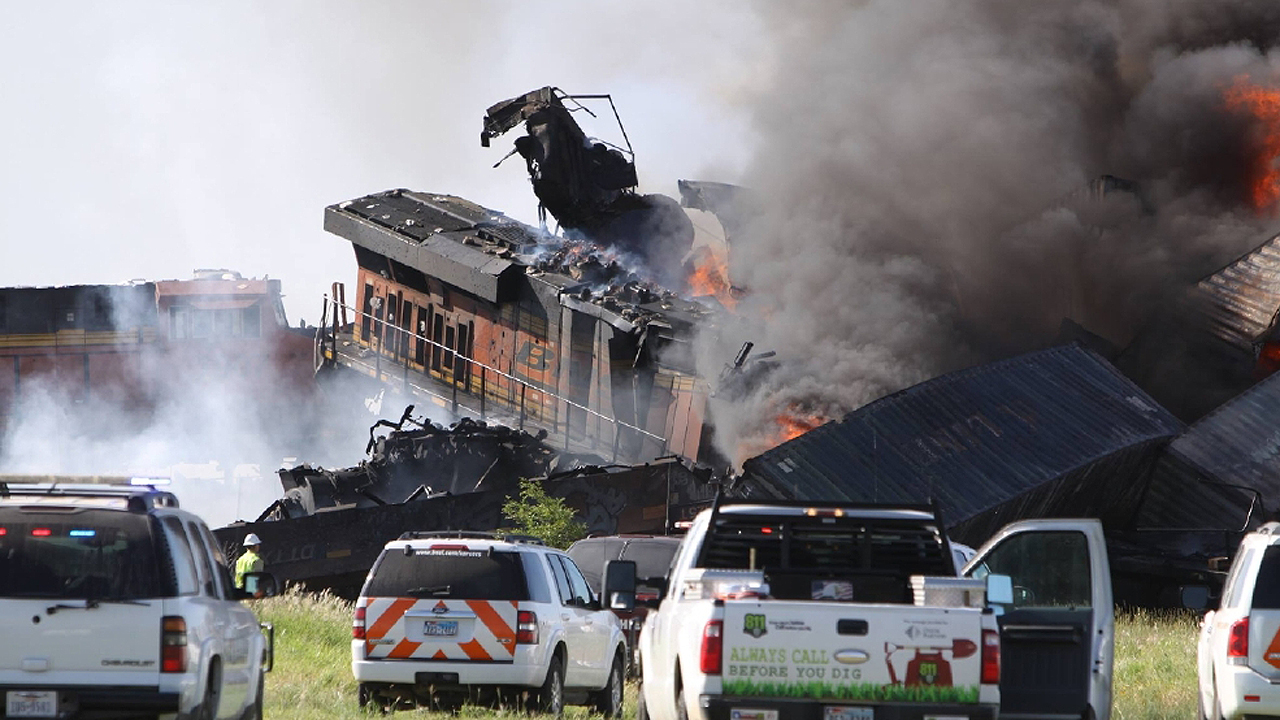 The head-on collision of two BNSF freight trains in Texas in 2016 killed three and injured one. Was it caused by untreated obstructive sleep apnea? Photo courtesy KVII/ABC News.

Timely accident investigations are critical to the future of safe transportation operations, for a number of reasons. First, they must begin expeditiously. As the clock runs, evidence can deteriorate or become corrupted. Witness memories of events fade, sometimes to the detriment of actual fact-finding. Second, the search for cause factors and efforts to remediate are delayed, leaving people and property at risk of more accidents and incidents caused by the same risk factors. Third, as time passes, other accidents and incidents demand investigation, putting a strain on investigatory resources.

The result: Implementation of measures to remediate accident cause factors are delayed, sometimes for years.

Following the M-N derailment, which resulted in four fatal and at least 61 nonfatal injuries, both the National Transportation Safety Board (NTSB) and the Federal Railroad Administration (FRA) quickly initiated investigations. In a matter of just a few days, FRA issued an Emergency Order to Metro-North requiring immediate action on a number of probable cause factors. One cause factor, untreated obstructive sleep apnea (OSA), was not addressed, perhaps because it had not been identified prior to issuance of the Emergency Order.

That will come back to haunt, as untreated OSA was found to be the cause of both the Hoboken Terminal and Atlantic Terminal derailments. Those incidents resulted in one fatal and more than 200 non-fatal injuries.

When the investigations into the M-N derailment were wrapped up and cause findings and recommendations were issued, M-N was directed, and had little choice but, to include screening and treatment of OSA as a part of its medical fitness-for-duty protocols. Unfortunately, that directive was not extended to the railroad industry at large. The result was predictable: Hoboken and Atlantic Terminal in passenger rail operations, and several more OSA-caused collisions in freight rail operations, over the years.

That brings us back to the investigation of BNSF’s Panhandle, Tex., accident, which occurred in June 2016. Twenty-eight months have now passed since that incident occurred. The NTSB has not yet scheduled a public hearing to review the findings of its investigation and issued a formal NTSB Accident Report. And, while the accident docket available to the public on the NTSB website contains any number of “Factual” reports, one is notably missing: The “Medical Factual” on the crew of the striking train.

Why is that? By comparison, the Hoboken and Atlantic Terminal accident investigations have long since concluded, and safety recommendations have been issued and followed, at least by NJT and LIRR. Both railroads have implemented medical oversight protocols to monitor train crews for OSA and remove them from service until the condition is effectively treated. For the sake of all who rely on intercity and commuter passenger trains, I hope all operators have implemented similar medical oversight protocols.

Returning to Panhandle, at least three other recent freight train collisions were found to have untreated OSA as a probable cause factor. And, while NTSB has issued recommendations on medical fitness-for-duty, including monitoring for OSA, to all freight railroads, many have not taken effective actions to include screening and treatment for OSA in their medical fitness-for-duty protocols. It should be evident to the FRA that the management of America’s freight railroads will not effectively address the safety threat posed by untreated OSA, absent a regulation or an emergency order. Yet, neither is forthcoming.

One of those actions might finally be prompted by the NTSB’s findings in the Panhandle collision, but we will not know until the final Accident Report is issued. What we do know from the accident docket is that the crew of the striking train had plenty of time off to get their rest, prior to being called for a daylight run at the controls of that train. They were on duty for just over two hours when the collision occurred.

Fatigue due to work shift factors or circadian rhythms were obviously not a factor. The crew ran past two approach signals, prior to passing a red stop signal at the end of the siding were the opposing train was line in for the meet. Passing the stop signal at 65 mph, they ran head-on into the opposing train, killing three and injuring the forth crew member. According to the accident docket, no mechanical problems have been identified. Signal problems and dispatcher errors have been ruled out.

But the accident docket shows that there were no locomotive control manipulations by the engineer of the striking train as it approached the siding at 65 mph.

NTSB and FRA, the clock is running. Where is that Medical Factual report? When will a hearing be scheduled and an accident report be finalized and issued? If the cause of the Panhandle collision is found to be untreated OSA, or other medical fitness-for-duty issues, will FRA finally take action to require railroads to have comprehensive medical fitness-for-duty protocols? Failing to do so leaves not only train crews at risk, but also the public.

Freight railroads have a great safety record, overall. However, one critical safety threat is being overlooked or ineffectively dealt with. Untreated OSA has killed and it will kill again and again, until it is effectively addressed by the entire railroad industry.

The clock is running. 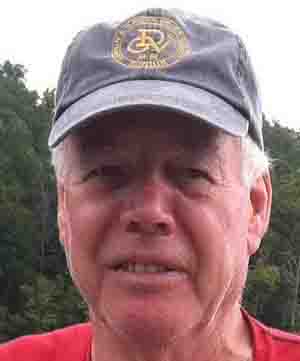