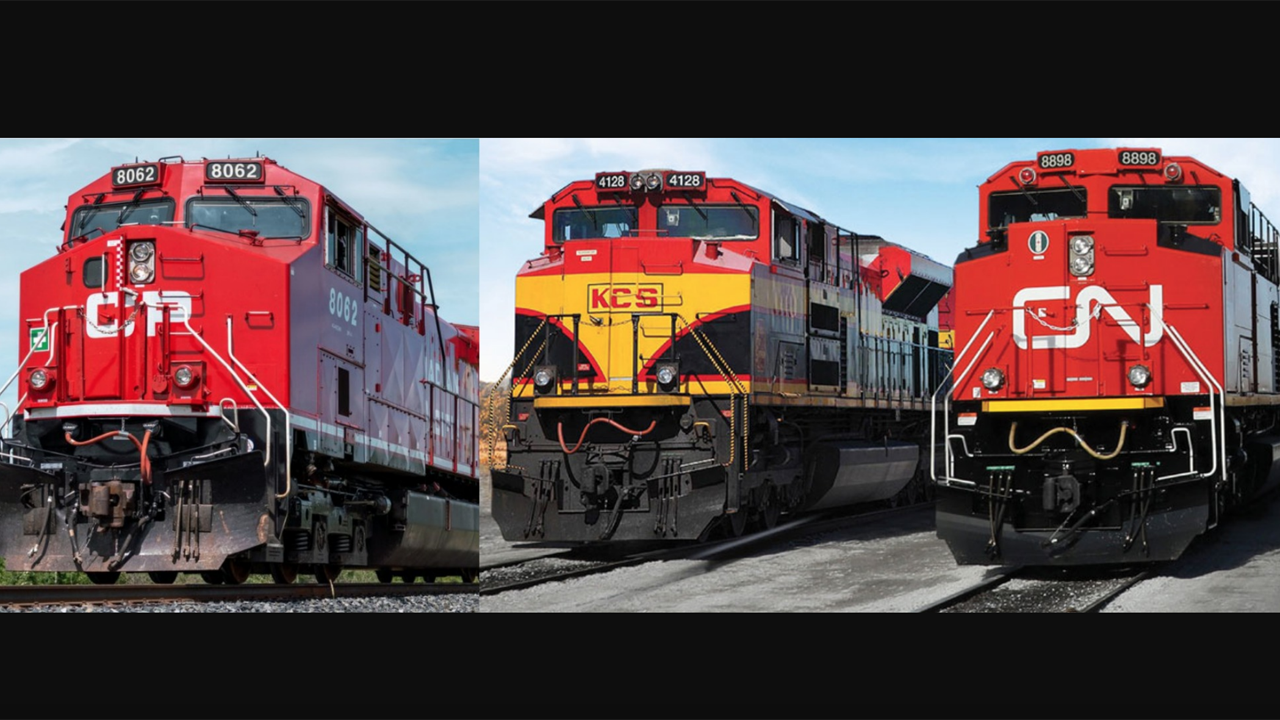 • Aug. 10: Canadian Pacific (CP) raises its bid for Kansas City Southern (KCS) to approximately $300 per share, covering roughly half of the spread between its original bid and that of CN. KCS subsequently rejects CP’s bid. Surface Transportation Board (STB) Chairman Martin Oberman indicates the STB will issue its decision on the CN-KCS voting trust by Aug. 31, extending the original Aug. 16 date.

• Aug. 31: STB rejects the CN-KCS voting trust, citing, among many reasons, that the voting trust does not serve the public interest and—more telling—a CN-KCS merger would generate downstream effects. TCI, reiterating what it said in May,  demands the resignation of CN Board Chair Robert Pace and CEO JJ Ruest. CP reaffirms its Aug. 10 offer.

All of these stories have been covered in painstakingly delicious detail by Railway Age, including a more-than-appropriate call for forward-facing transparency by Capitol Hill Contributing Editor Frank Wilner for STB to deliver its ruling in a public and open format.

Let’s parse one or two specifics about the situation. First and foremost is CP CEO Keith Creel and his dance with the flames of success and failure. In May’s Financial Edge, Creel was called out for having too much pride (“I’m not increasing CP’s bid”) and trying to be too clever (offering $275 a share and then—oops!—being immediately bested by CN’s $325 offer). Creel waged a political and propaganda war (as expected) to outline the superiority of the CP proposal vs. the CN proposal.

Until Aug. 31, Creel was running the risk of being too clever for this chess board. CP’s “split it down the middle” indicated that it realized something every investor knew back in April—pride be damned. The voting trust rejection alone was not going to be enough for investors to award KCS to CP for $275 a share vs. the CN proposal.

However, now that some dust has settled and STB has rejected the CN voting trust, the pieces on the board clearly favor CP.

— Recent decisions have shown a few things: Chairman Oberman achieved his goal of looking judicial and thoughtful and of enforcing a new style of STB management; proxy services demonstrated their protection of “shareholder value”; and CP demonstrated that it was not outwitted on the big stage. —

Pride is not nearly as important as success, and Keith Creel has shown the difference between being savvy and thoughtful vs. being loud and overconfident. In a classic rope-a-dope, a well-positioned Creel responded to the CN bid with a just-right price increase. This, combined with an executable strategy, may be stronger than the CN $325. Creel turned the possibility of being dismissed for being too clever by relying heavily on early STB support, into being just clever enough. As the kids say, “That is fire!”

The increase in price from $275 to $300 per share gave the STB the freedom to reject the CN voting trust at a shareholder cost of $2.6 billion vs. $5.2 billion. This provides plenty of cover for STB. No one, least of all politicians, likes to give the impression that they are messing with the myth of the free market.

The pieces on the board favor CP. CN’s road to completion looks like a dead end. Yet, probability analysis is a finicky thing easily disrupted by a multitude of circumstantial agendas. The decisions in the final days showed a few things: Chairman Oberman achieved his goal of looking judicial and thoughtful and of enforcing a new style of STB management; proxy services demonstrated their protection of “shareholder value”; and CP demonstrated that it was not outwitted on the big stage.

Finally, CN’s failure to acquire KCS will not portend its merger with another Class I railroad to bring the world back into “balance.” CN has no second act in this performance.

In the end, the STB is the straw that stirs the M&A drink. This places extra emphasis on whether the STB is making decisions in the best interest of rail transportation consumers, railroad shareholders or in the STB itself (STB was sued by CN in April 2021). Once the dust settles, Wilner’s call for greater transparency should be the resonance that survives.

— CN’s failure to acquire KCS will not portend its merger with another Class I railroad to bring the world back into “balance.” CN has no second act in this performance. —

As for CN’s future with an activist hedge fund as a beneficial owner, the emphatic rejection of the CN voting trust by the STB and the “power move” by TCI to turn the CN executive suite upside-down and shake it violently virtually assured (at least on the surface) that CN would not be able to pull off a KCS acquisition under any circumstances, whether via appeal or by offering concessions to appease the regulators. If TCI doesn’t have faith in the existing management team—clearly stating, “The CN board must take responsibility for the company’s recent underperformance and failure,” and going as far as to propose a new CEO, Jim Vena—how can that management team have been trusted to negotiate concessions that would satisfy the volatile mix of customers, competitors, regulators and railroads?

In moments of crisis, people are often directed to “look inward,” evaluate key decisions and adapt to a new normal. But when the unforgiving cold of deep space sucks the air out of the room, and you’re about to be blasted out with it, it’s a better strategy to look for a safe landing spot.

To CN: This is your now. Sorry.