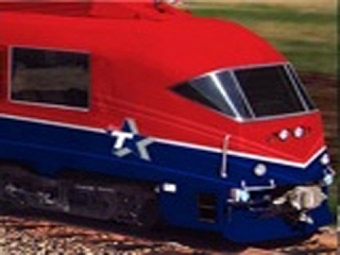 The Fort Worth Transportation Authority (The T)'s TEX Rail project has received a Record of Decision (ROD) from both the Federal Transit Administration (FTA) and the Federal Aviation Administration, the T announced Monday, Sept. 29, 2014 .

Construction could begin in 2016, with service beginning in 2018, the T said.

Initial TEX Rail service would link downtown Fort Worth with Dallas/Fort Worth International Airport’s Terminal B, running 27 miles across northeast Tarrant County and Grapevine, Tex. and into DFW Airport at Terminal B. The line would launch with eight stations, with hopes of serving 10,000 riders at first, growing to 15,500 riders by 2035.

“Achieving a Record of Decision is an acknowledgement of the importance of TEX Rail in helping to meet the growing public transportation needs in Greater Fort Worth and Tarrant County, and to provide essential connections to other transit systems across the North Central Texas region,” said the T’s Board Chair Scott Mahaffey.

Besides FTA and FAA, Mahaffey also credited assistance from the North Central Texas Council of Governments, Tarrant County, the City of Fort Worth, the City of Grapevine, and D/FW Airport. “These supporters, and many other community and state leaders, also were instrumental in TEX Rail’s inclusion in the President’s 2015 Budget for New Starts funding,” he said, which could supply 50% of the funding required.