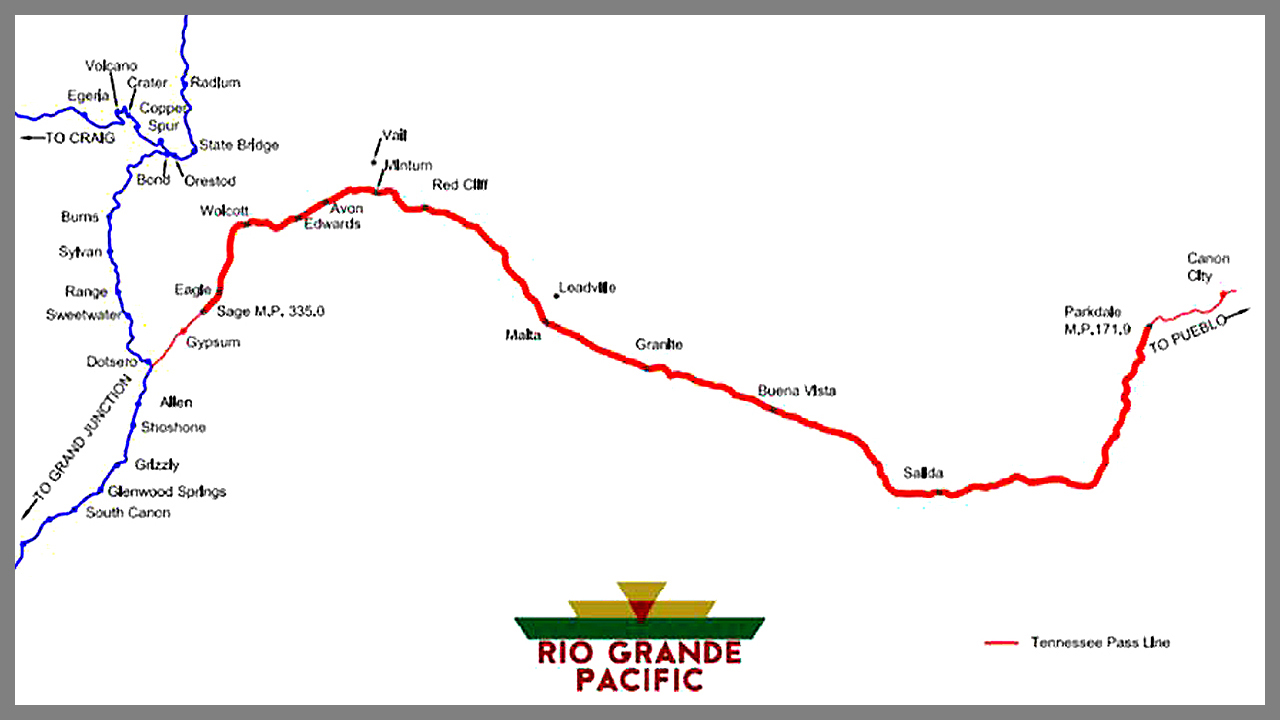 Rio Grande announced at the end of 2020 that its Colorado, Midland & Pacific Railway Co. subsidiary would lease the Tennessee Pass rail line from UP. But Colorado Pacific Railroad, LLC and parent company KCVN, LLC, among others, are saying, “Not so fast.” STB said it needs more time to review the filings and arguments.

The Colorado, Midland & Pacific Railway Co. (CMPR), a wholly owned subsidiary of Rio Grande Pacific Corp. (Rio Grande), will have to wait to revive the Tennessee Pass line, according to a recent decision by the Surface Transportation Board (STB).

On Dec. 31, 2020, CMPR filed “a verified notice of exemption under 49 C.F.R. § 1150.31” to lease from Union Pacific the majority of the Tennessee Pass rail line (163.1 miles) between Parkdale and Sage, Colo., and operate it. In a “verified notice of exemption filed concurrently,” RGPC sought “Board approval to continue in control of CMPR upon CMPR’s becoming a Class III rail carrier.” The exemptions were scheduled to become effective Jan. 30, 2021.

But those exemptions “will not become effective until further order of the Board,” STB wrote in its Jan. 29 decision. (Download the complete decision below.)

Why? Here are the highlights.

Rio Grande announced at the end of 2020 that CMPR would be considering potential commuter rail service connecting Eagle, Lake, Chaffee and Fremont counties, as well as freight service originating or terminating on the Tennessee Pass line.

But Colorado Pacific Railroad, LLC (Colorado Pacific) and parent company KCVN, LLC, challenged the move. They filed a motion on Jan. 8, 2021 to reject the “verified notice of exemption” for CMPR to lease and operate the line. According to STB, Colorado Pacific and KCVN “contend that the verified notice contains material factual errors and misrepresentations and that the transaction is inappropriate for consideration under the class exemption procedures because, among other things, the lease agreement, which contains an interchange commitment, would restrict competition.” At the same time, they also filed a motion for access to the lease agreement, which CMPR submitted under seal, and requested that STB postpone the effective date of the exemption, the Board reported.

Colorado Pacific owns the 121.9-mile Towner Line, between Towner, Colo., and NA Junction, Colo. The Tennessee Pass Line is connected to the Towner Line by a 26-mile stretch of railroad jointly owned and operated by BNSF and UP. In March 2020, STB rejected without prejudice Colorado Pacific’s filing of “a feeder line application under 49 U.S.C.§ 10907 for a forced sale of the Tennessee Pass Line.” Because the application “does not contain the information required under § 1151.3(a), the application will be rejected as incomplete,” STB said at that time.

CMPR, in a Jan. 13, 2021 filing to STB, contended that Colorado Pacific and KCVN—as competitors, not potential shippers—should not have access to the lease agreement, according to the Board.

STB also received comments opposing the CMPR-UP agreement from “several organizations and individuals expressing various environmental, safety, and other concerns about reinstituting rail service on the Line.” Some have asked STB to “to stay the effective date of the lease and operation exemption, and others have called for an environmental review of the proposed transaction.” Additional motions were filed through Jan. 26.

STB concluded in its decision that it needed “sufficient time” to consider the filings and arguments. STB also stated that it would “defer consideration” for access to the CMPR-UP lease agreement. Stay tuned.