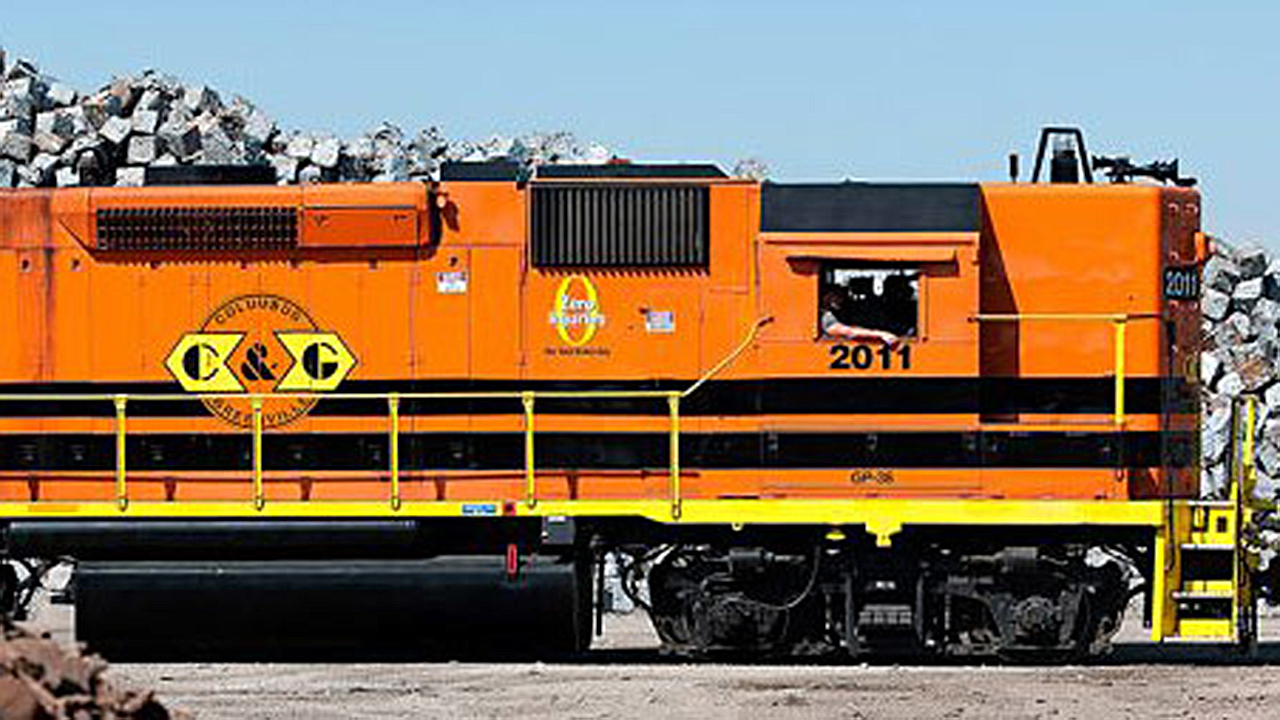 While we’re all waiting for the carriers and the unions to agree or not on the recommendations of the Presidential Emergency Board, I thought I’d probe a bit more into the issue of the single-person crew for main line freight train movements in these United States.

The unions representing train and engine crews claim that single-person crew freight train operations are intrinsically unsafe, and that the vulnerabilities cannot be remediated, mitigated, or corrected. The carriers argue that there is no evidence that multi-person crews are more safe than single-person crew consists; that single-person operation of locomotives has long been the standard in passenger service, and that form of operation refutes the claim of inherently compromised safety; that other countries have utilized single-person freight crews without compromising safety; and that crew consist size is a matter for collective bargaining and free markets, not government regulation.

The Federal Railroad Administration for its part presents an argument of intangibles, asserting that multi-person crews demonstrate a “teamwork” approach to task division, problem solving and safe operation that, even if it hasn’t been measured, provides a real advantage to preserving safe train operations, and that studies of single-person freight train operations in other countries, particularly those of Europe, are irrelevant because the operating environment in the good ol’ US of A is so different, so unique, so exceptional.

Word to all—happy, unhappy or somewhere in-between: Single-person main line freight operations are here, are coming and will grow. All that is recognized in the NPRM.

FRA had to issue an NPRM, compelled in part by the unions’ ability to persuade state legislatures to fill the vacuum arising from FRA’s previous lack of action. Pre-emption is fundamental to the efficiency of interstate commerce, new and old federalists to the contrary notwithstanding.

To those really unhappy, FRA could not leave the industry to “self-regulate” in this critical matter, not after the FAA-737Max debacle, thank you Boeing. Regulatory suicide is not part of FRA’s brief, nor should it be.

So what does the NPRM do? It mandates a two-person crew minimum for train operations with exceptions and qualifications. The mandate allows single-person train crew staffing for:

Ok, that’s a tiny amount of the approximately 70-75,000 (my estimate) freight trains operating monthly over the general railway system, but it’s a start.

We, we enlightened modern, responsible, fair-minded, committed railroad operating officers know we have to answer a different, critical question: “Can single-person crew consist freight train operations be organized and structured to function more safely than the level currently achieved by multi-person crew operations?”

Why would I make that our goal; why would I so explicitly raise the bar above FRA’s usual minimal standard?

Total train-miles declined about 23 % 2013 to 2021, while yard switching miles declined 25%, but human error-caused train accidents declined only 7.4%,  and have exceeded the low established in 2016 every year since.

So, despite the decline in main line train-miles, the accident rates per million train-miles are, more or less, unchanged. Despite the decline in yard switching miles, the rate of yard accidents was 27% greater in 2021 than the 2013 and might achieve a new high in 2022. (The data are taken from FRA’s Office of Safety Analysis Ten Year Accident/Incident Overview By Calendar Year. The comparison calculations are my own. Clearly, any mistake is the responsibility of my 5th grade math teacher.)

It may just be that we in the U.S. are at the limit of improvements that are (mostly) technology dependent, and it may just be that in examining single-person freight train operations where such operations are the default mode, to determine what changes were made, where such operations differ in the details from those in the U.S., we can establish procedures, practices and systems that improve the safety of all train operations. The devil is in the details, but so are the angels of our better nature.

Back in 2016, the Association of American Railroads commissioned the Oliver Wyman consulting firm to study the safety of single-person crew operations on European railways. In part, the study was undertaken to refute FRA’s (then) claim that European train operations were so different from those in the U.S. that there was no practical value in using the European experience to assess the potential safety, or lack thereof, of single-person crew operation on U.S. railways. Now, not to mince words, that’s a stupid claim for FRA, or anyone, to make. It’s the same rail gauge in Europe; there are the same principles essential to safe train separation; it’s the same damn physics.

The Oliver Wyman report, “Assessment of European Railways: Characteristics and Crew-Related Safety” attacks FRA’s notion from the get-go: “The [European] rail network is as large as or larger in terms route-kilometers than that of the United States, and has a train density (daily trains operated per route-kilometer) approximately twice that of the United States. The European network also has a greater percentage of passenger trains, which are intermixed with and operate at higher speeds than freight trains, and multiple freight and passenger operators sharing infrastructure, making for a more operationally complex network. Freight traffic in Europe also has a level of diversity similar to that of freight traffic in the United States, including a mix of commodities, dangerous and non-dangerous goods and mix of train types …”

The Wyman reports goes on to compare single-person crew operating safety with that established by multi-person crews, and there is no overall degradation that can be related to reduced crew size.

One such micro factor is train length and weight. Single-person crew operations account for between 25% and 40% of train-kilometers operated in Germany, the U.K., France, Italy and Poland. The average trailing tonnage for freight trains in these countries ranges from the low of 408 metric tonnes to a high of 640 metric tonnes, which is about what? 10% of the U.S. average? However, the lighter loads reduce the need for extended stopping distance, allowing the freight trains to move at higher speeds. This mitigates the problem of passenger train overtakes, and “parking” the freight to avoid cascading delay through the system.

If I was seriously pursuing single-person crew freight operation, I’d want to reduce the required stopping distance of my single-person trains by restricting train length and weight, and I would give serious consideration to requiring all cars in the consist be equipped with operable ECP braking. Then I could operate my single-person consist freight at a higher speed, and operating a train at the proper maximum speed is a plus for system safety. This also reduces employee time on duty and risk of fatigue.

Back then, all the railways operated freight trains with single crew members. Our British cousins restricted single-person crews when trains transporting hazardous materials cars lacking appropriate braking, “and over lines adjacent to non-circuited passenger tracks, unless the communication system permits either direct speech radio communication between the [single-person] driver and the controller of the controlling signal box.”

What did these railroads share, besides the positive safety performance of single-person main line freight operations? Schedule, and by that I mean establishing the employees’ schedules of operation well in advance and maintaining those schedules. To quote the study:

“On most railways, the drivers work in shifts ranging from 7 to 10 hours. Total number of hours worked per week range from 35 to as many as 50. The drivers are generally allowed a minimum of 10-12 hours between shifts. Most railways allow a 30-minute break after 3.5 to 5 hour[s] run. The break is taken at the driver’s discretion, and the railways generally do not object if the break is not taken. Most drivers are aware of their work schedules considerably in advance. For example, on Tranzrail, the driver schedule is known as much as eight weeks in advance.

“Sweden’s Ore line operated train consists of 5,200 tonnes, at 100 tonnes per car. Drivers’ schedules are known as much as six months in advance.

“U.K.’s Freight Liner limited hours of service on any day to 11 hours, including a 1 hour break that was mandatory after 5 hours continuous run.

“Denmark adds electro-pneumatic brake operation to single-person crew freight trains, limits the run to a maximum 7 hours a day, and 35 hours a week. Sixty percent of the drivers know their schedules as much as six months in advance. The others may not know their schedules more than 5 days ahead.

“On the English, Welsh & Scottish, along with very rigorous limits to time on duty, the drivers work on an 8 week schedule cycle and usually know their schedules a minimum of 8 weeks in advance.” And, if that isn’t enough to make you apply for dual citizenship, “the driver’s shift is always symmetrically arranged, i.e the place where the shift starts is the place where the shift ends.” No away-from-home-terminals for them.

“Deutsche Bahn limits the maximum throttle time on a single run for a single locomotive engineer/driver to 4 hours. When a run will exceed 4 hours, two drivers share the duty.”

Now to be sure, we in the U.S. have the ability to incorporate these modifications into our systems. After all, FRA is wrong, because the experience of European rail operations does have significance in these matters. And we’ve even, informally, utilized some of these tools, like “swapping road crews” mid-run to get everyone and their trains tucked in safely in their proper home terminals. Informality is not enough.

More than anything, if we adapt these measures to our operating environment, stabilizing crew duty times and preventing shift variations when individual changes ripple through the system, we just might crack the invisible wall holding up progress in overall operating safety.

However, I suspect these measures might take the patina off the golden ring of reduced crew costs that every manager grabs at as if it were a life preserver, and might be the only thing a hedge fund can see. And this might require restrictions on seniority when runs are abolished, added, or up for bid—for example, restricting a change of shift for an employee involved in single-person operations when his/her run is abolished, or he/she gets bumped. A shift change may have to be restricted to yard service as a transition step to shift change in a main line operation.

So there, I’ve made management and the investors unhappy. And I’ve made the unions unhappy.

And FRA? Who knows?