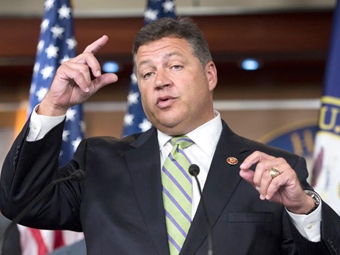 Rep. Bill Shuster (R-Pa.), Chairman of the U.S. House Committee on Transportation and Infrastructure, will not seek re-election in November 2018, the mid-term elections.

Shuster took office in 2001 and is serving his third, two-year term as chair of the House T&I Committee. Per House GOP rules, he would not be able to serve as leader of the committee again.

He said focus in his final term in office will be getting an infrastructure bill passed.

Shuster issued a statement on Jan. 2, “It was a difficult decision because of my love of this Nation and the people I serve. Rather than focusing on a re-election campaign, I thought it wiser to spend my last year as Chairman focusing 100% on working with President Trump and my Republican and Democratic colleagues in both Chambers to pass a much needed infrastructure bill to rebuild America.”

AAR President and CEO Edward R. Hamberger said, “Throughout his congressional career, Chairman Shuster has been a staunch advocate for preserving and modernizing America’s infrastructure. As the leader of the House T&I Committee, he has consistently demonstrated a keen understanding of the nation’s freight and passenger rail networks and the value they provide. Chairman Shuster guided numerous pieces of bipartisan legislation through the House, including the comprehensive surface transportation bill—the Fixing America’s Surface Transportation (FAST) Act in 2015—which included numerous freight rail provisions and Amtrak reauthorization. We look forward to working with him for the rest of his time in Congress and wish him the best on his future endeavors.”

American Public Transportation Association (APTA) President and CEO Paul Skoutelas said, “There has been no stronger voice than Chairman Shuster’s on the critical need for predictable and dedicated funding for surface transportation. We owe him a debt of gratitude and look forward to working with him this year on the upcoming infrastructure bill.”

The rail industry recognized Shuster for his advocacy, honoring him with APTA’s Distinguished Service Award in 2016 and the Association of American Railroads (AAR) and GoRail Railroad Achievement Award in December 2017.