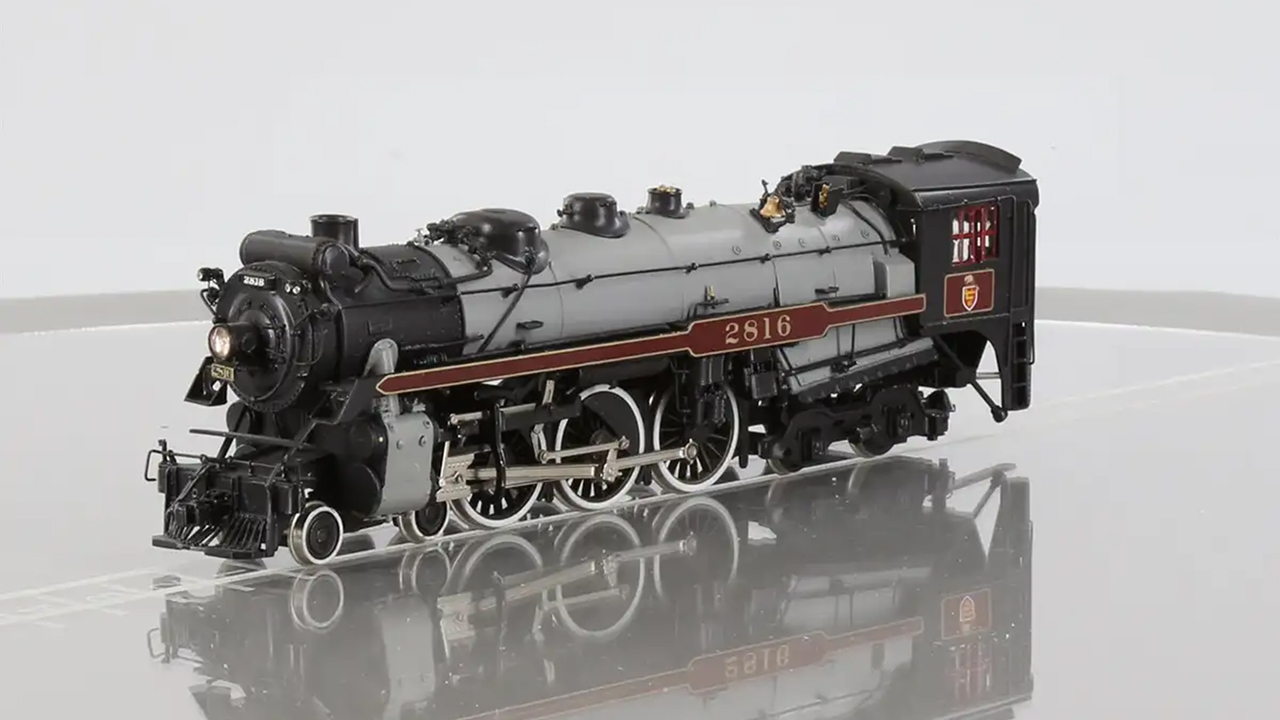 In model railroading, there’s an annoying practice known as “rivet counting.” It involves people who have nothing better to do than finding fault with what someone else has created closely examining a painstakingly reproduced miniature (pick your scale—G, O, S, HO, N, Z—doesn’t matter) of a particular locomotive or car and finding some minuscule flaw, because the finished model doesn’t reproduce the actual equipment with 200% accuracy.

In the classic car hobby (an expensive one—trust me, I know; I used to own a ’69 Pontiac Firebird convertible), it involves people who, again, have nothing better to do than looking at your pride and joy at a show and pointing out some modification from “stock”—even when the car is displayed as “modified.”

I used to take umbrage with rivet-counters and people who think Firebirds are really Camaros in disguise (they’re not). Now I just roll my eyes and sigh. “Yeah, OK, whatever you say. Ask me if I care.” As legendary jazz drummer and bandleader Buddy Rich once said, “You have a request? I don’t take requests. This is my band. I play what I want.” You go, Buddy!

I sometimes get angry, haughty letters from people who don’t like what I have to say in an opinion column. My standard response is, “Thanks for contacting us. I respect your opinion and your right to express it. You are entitled to it, as am I.” I say this with sincerity. If you don’t believe me, well … ask me if I care. (Actually, I do—sort of. It depends upon our relationship.)

Which leads me to the point of my opinion, which is expressed here mostly in good fun—honest! No intentional offense intended, especially to my many attorney colleagues and friends across the rail industry, OK?

The comment period on the Canadian Pacific-Kansas City Southern merger application now before the Surface Transportation Board is under way. The rivet-counters are lining up, picking through the 4,000-plus page application with legal microscopes. Have at it, folks!

Now, I suppose that the legions of railroad lawyers, in-house or contracted, slaving away at their screens need something to keep them gainfully compensated. And yes, this merger is a significant undertaking, one that will significantly change North American railroading. And I further suppose that all the comments now being filed are just part of the process, a necessary step toward a final outcome. Right?

Downloadable below are several examples of rivet-counting, in the form of official comments filed with the STB. Union Pacific, for example, calls the merger application “incomplete.” (It’s more than 4,000 pages, but I suppose it could be 40,000 or 400,000 or 4 million-gazillion pages, and the attorneys would find something to shine a pen-sized LED flashlight upon.) CN, as expected, agrees with UP. CP’s response: “You guys are full of it.”

So, dear readers, if you want to examine the comments filed thus far, there they are. Have at it. If anyone in the industry—railroad, shipper, supplier, advocate—wants to submit an opinion exclusive to Railway Age, we’ll publish it, as we did during the CP-KCS-CN tug of war—all in the interest of keeping things interesting. It’s what we do, or at least try to do.

Yes, there will be many more such comments (keep shoveling). Will they matter in the end? That’s up to the STB. In any case, they’re all part of the legal theater.

There’s at least one person who shares my observations. He’s—you guessed it—Railway Age Capitol Hill Contributing Editor Frank N. Wilner, who has been around for a very long time:

“In no industry, where individual companies must cooperate with each other as closely and efficiently as the rail industry, do individual companies sue each other with equivalent vigor, vitriol and frequency as railroads. And probably no industry employs as many attorneys—both in house and as outside counsel—as do railroads. The unceasing railroad legal theater lends itself to such Dickensian farces, as ‘Jarndyce vs. Jarndyce’ in ‘Bleak House’ and the adventures of those amigos featured in Dickens’ ‘Pickwick Papers.’”

BTW, here’s my pseudo-official comment on the merger application, pseudo because I will not take the time to file it, or rather, I don’t have the time to file it: “Railway Age would like to thank Canadian Pacific, Kansas City Southern, and any individual or company who agrees or disagrees with the transaction, for providing us with interesting material to publish. It’s what we do.”

Happy Thanksgiving! While you’re talking turkey, or snoring after a tryptophan overdose while other battles (American football) take place on the wide screen, high-definition TV, or partaking of the extra-salty gravy that’s meant to provide a little flavor to an otherwise bland bird, don’t indulge in too much stuffing. It consists mostly of fillers that usually takes more time to prepare than Peanut Butter and Jelly (if Amtrak Joe hadn’t pardoned them).