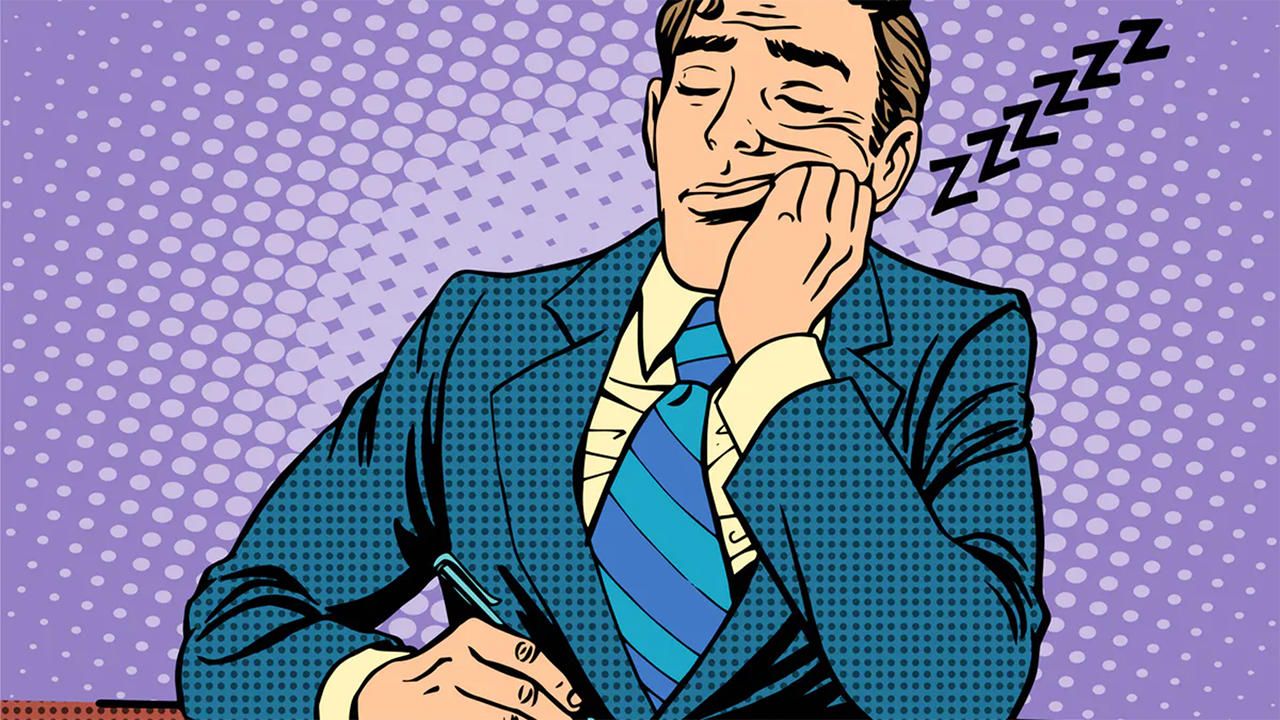 It’s déjà vu all over again, and I’ve observed a lot by watching. Yes, ladies and gentlemen (present company included, I hope?), it’s time once again when we’ve come to that diverging approach on the railroad regulatory right-of-way called “revenue adequacy,” as defined by the Surface Transportation Board. Let’s take that turnout, even though no one, except perhaps railroad and shipper attorneys, goes there anymore, because it’s too crowded. So wye does it matter?

On June 11, my inbox lit up with this subject line: “Rail Customers Call on STB to Reject Absurd Proposal to Prop Up Monopolies.”

Gee Willikers! I better look at this! It might be something important! Or not …

“Good morning,” the email, which came from the American Chemistry Council (ACC) started, rather politely (that’s refreshing!). “With a lot of attention being paid to the ongoing rail merger proposals and the billions of dollars on the table, it might be easy to overlook something as arcane as the revenue adequacy proposal from the rail industry that the STB is currently considering. However, the proposal and the mergers are actually quite interrelated and more than a little bit ironic. As the following blog post from the Rail Customer Coalition points out, the railroads are crying poor to shore up their financial regulatory protections at the STB during a period of strong health and unprecedented merger offers. Please let me know if you have any questions or would like to discuss the STB proposal or any other freight rail issues further. Thanks, and have a great weekend.”

Well, I did have a great weekend, thanks very much. Actually, I didn’t think very much about the purported “absurd proposal” until I read the blog this morning, and then asked the Association of American Railroads for a response. I first thought of writing a “straight news story.” Nah, that’s too easy. So I thought I’d do my own blog on the blog. Would that be a double blog, or a blog squared?

First, here are a few choice morsels from the Rail Customer Coalition blog. If you want to read the whole thing, be my guest. But chances are, you’ve heard all this “railroads rattling their tin cups on the steps of the U.S. Capitol” stuff before:

• “[R]ailroads are trying to convince the STB their balance sheets are too fragile and the Board should change how the financial health of the rail industry is measured. In reality, they’re seeking to lock in profits while continuing to lock out competition.”

• “The STB has found a majority of Class I railroads to be revenue adequate. While this is undoubtedly good news, some railroads fear that it may threaten the protective regulatory policies the Board adopted decades ago when the industry was financially struggling. And so, three major railroads (Union Pacific, Norfolk Southern and CN) are now calling for the STB to redefine revenue adequacy in a way that practically ensures no railroad can meet the threshold.”

• “The railroads have proposed a radical departure, claiming that no railroad should be considered revenue adequate unless it is more profitable than the median of the S&P 500.”

• “[T]ying revenue determinations to the S&P 500 would transform revenue adequacy into a standard of superstar financial health. By definition, half of the nation’s most successful firms would fail to clear this bar. That is like telling a high school student that [he or] she is not in ‘adequate’ physical health unless that student can outrun half the varsity cross-country team.”

• “The STB should adopt pro-competitive reforms, not further-protect monopoly profits. STB’s mission is to promote a safe and efficient rail transportation system, not to favor railroad profitability over all other considerations.”

• “The Board’s rate review guidelines state: ‘Captive shippers should not continue to be charged differentially higher rates beyond what is needed for a financially sound railroad.’ However, many rail shippers have no competitive transportation options and no meaningful process to challenge unreasonable rates.”

• “[T]he STB should prioritize reforms to address these growing challenges. First, the Board should adopt Final Offer Rate Review, a streamlined process to challenge unreasonable rates. Second, the Board should finalize new rules for Reciprocal Switching, which would promote competition by allowing a shipper served by a single railroad to switch its traffic to a second railroad at a nearby interchange.”

• “The Board should focus on completing these long-overdue reforms … instead of raising the revenue adequacy bar to absurd levels and protecting railroads’ ability to charge monopoly rates.”

Like I said, it’s déjà vu all over again.

So, good people, here is the 127-page STB filing from the Rail Customer Coalition. Download and read it at your own risk of falling asleep:

The AAR had a nice, compact, “we’re kinda busy” response to my request for comment:

“The ACC is merely using [the blog] as a fresh hook for the same old arguments. At the end of the day, AAR’s response is laid out clearly in the attached comments regarding the same matter ACC uses as the basis for that blog post.”

Alrighty then! So I downloaded the document, an STB filing. It’s only 24 pages, a relatively quick read. I suppose I could at least try to stay awake. I appreciate the brevity (though it’s still a bit stultifying):

Now, do you folks want the real deal? Sure ya do! Well, it ain’t gonna come from me. Sorry to disappoint you … I hope. Capitol Hill Contributing Editor and fellow New York Yankees fan/Yogi Berra aficionado Frank N. Wilner, whose new book, Railroads & Economic Regulation, is to be published this summer by Simmons-Boardman Books, lays it all out, in correct English, as only someone who has been intimately involved for eons with the workings of Washington D.C., can:

“Revenue adequacy means earning enough to cover total operating costs, including depreciation and obsolescence, plus a competitive return on invested capital sufficient over the long-term to attract capital to maintain a railroad’s large and costly infrastructure, including locomotives and rolling stock.

“Shippers cite acquisition premiums—prices substantially above stock market value paid by one railroad to acquire another—as evidence of a flawed regulatory process. By increasing the investment base, they lower ROI and make it less likely a railroad will be found revenue adequate. Increasing the investment base also causes costs, as estimated by the STB’s costing system, to rise, resulting in some freight rates becoming immune from regulatory challenge.

“Additionally, a 2015 congressionally funded report by the Transportation Research Board, an arm of the National Academy of Sciences, said the STB’s annual revenue adequacy determination ‘serves no constructive purpose,’ and ‘its persistence prolongs the misguided view that a single yes/no indicator of railroad profitability should be used to regulate rates.’ The TRB suggested a periodic assessment of industry-wide economic and competitive conditions.

“Another alternative is to adopt, as the cost of equity capital, an average of Wall Street analyst estimates—an acknowledgment that Wall Street firms are staffed with the best and brightest of equity analysts, are in stiff competition with each other for investor confidence, and are more removed from political influence than are STB members.

“A side note to this controversy is that former Sen. Jay Rockefeller (D-W.Va.), a perennial shipper standard bearer while chairing the Senate Commerce Committee, compared railroad profits to those of his great-grandfather, oil baron John D. Rockefeller. Frequently sitting behind him at Commerce Committee hearings was his senior adviser on rail shipper issues, Ian Jefferies, now AAR President and CEO—a not-atypical situation if one observes the revolving door between industry, Congress and regulatory agencies. In fact, two of Jefferies’ counterparts from the Republican-aide side of the Senate Commerce Committee—themselves hardened veterans of rail-shipper legislative combat—are current STB members Ann D. Begeman and Patrick J. Fuchs.”

So there you have it. It doesn’t get much better than Wilner. Buy the book when it comes out.

I fondly recall how Jefferies’ AAR predecessor, Ed Hamberger, once referred to “the same old arguments”: “A solution in search of a problem.” It reminded me of a great Latin-jazz original written and arranged for the Woody Herman Thundering Herd, Theme in Search of a Movie.

I’m a little tired. I think I’ll go take a nap, watch the grass grow, or start reading the Reader’s Digest Condensed Version of War and Peace, by Leo I Told You So.