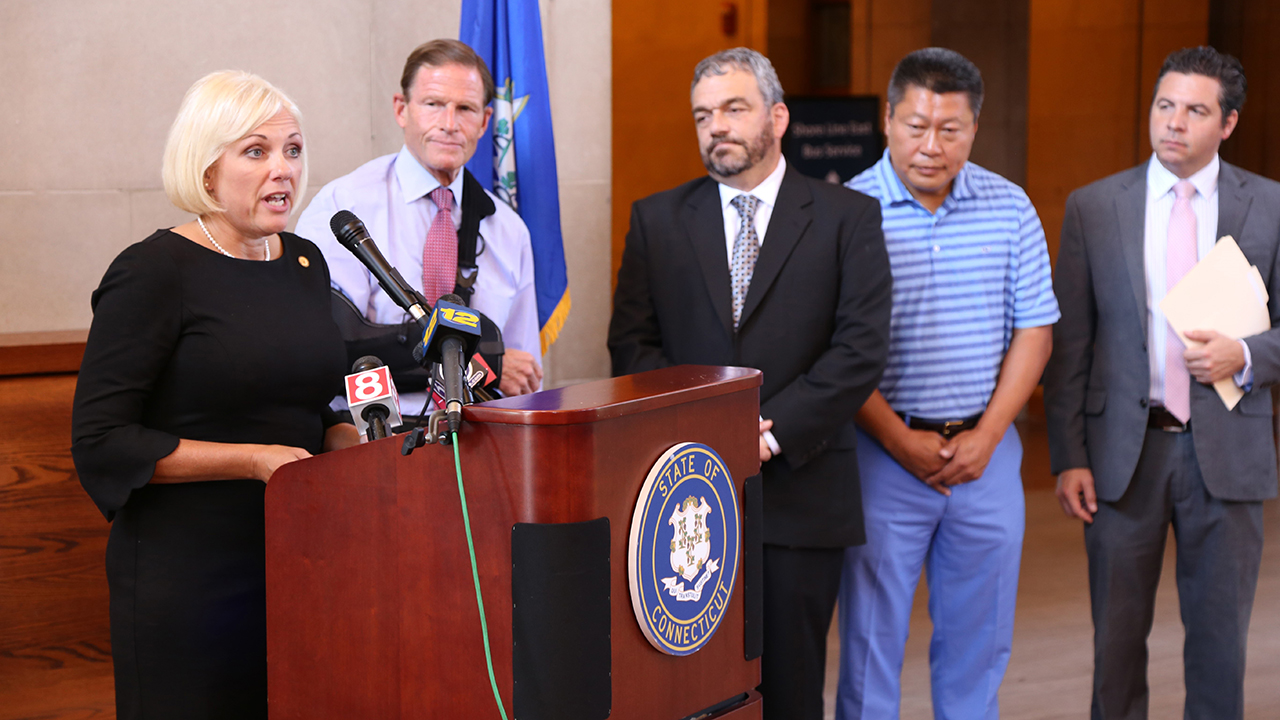 Aug. 20, 2019, Union Station, New Haven, Conn.: NTSB Member Jennifer Homendy with Sen. Richard Blumenthal (D-Conn.) at a press event to mark the 50th anniversary of a fatal train collision in Darien, Conn., and calling for Positive Train Control to be fully implemented—which is exactly what the railroads are doing! Another pointless political stunt, along the lines of NTSB Chair Robert Sumwalt’s disingenuous comments to CBS 60 Minutes earlier this year. You want the real story? Talk to Federal Railroad Administrator Ron Batory. (NTSB photo by Peter Knudson)

Hollywood wanted to celebrate the 40th anniversary of the release of Alien, but didn’t know what to do. Given the damage already done by the prequels and sequels to the original, we should consider ourselves lucky.

And the NTSB is proclaiming that this year is the 50th anniversary of its initial recommendation for the installation of Positive Train Control.* Impressive, right? Way back in 1969, NTSB, as a result of investigating a head-on collision in Darien, Conn., advocated a system designed to prevent train-to-train collisions, overspeed operation, movement through an improperly lined switch, and movement into an established work zone, right?

Wrong, because the NTSB did no such thing. What did it recommend? To quote, from NTSB’s Safety Recommendation R-70-020:

“The NTSB recommends that the Federal Railroad Administration, if it receives additional statutory authority under legislation now in progress, study the feasibility of requiring a form of automatic train control at points where passenger trains are required to meet other trains.”

Back in the day, the day being 1969, the Penn Central’s New Canaan branch was “dark” (non-signaled) territory. Trains were operated according to manual block system rules. Movement authorities were defined by timetable schedule except when altered by general order, bulletin order, or … train order. Just such an alteration of authority was addressed, delivered to, and required of train N-48 by train order. The locomotive engineer of N-48 ignored the order and proceeded head-on into an opposing train, N-49. The NTSB advocated a study to determine the feasibility of installing a form of automatic train control in dark territory, without recognizing that the vital component of all train control systems is determination of occupancy.

Without a method for detecting occupancy in the field, the recommendation for a feasibility study for a form of automatic train control would go nowhere. And nowhere it went. According to NTSB, FRA responded:

“A research program was undertaken and conducted by the transportation system center. The results indicate that the best system would appear to be a hybrid, composed of both present and proposed levels of mechanical control. However, because of its costs and necessary extensive installation, it does not appear possible at this time.”

Fortunately, the railroad, and its successor railroad Metro-North, paid no attention to NTSB’s “recommendation,” but went ahead and installed centralized traffic control supplemented by cab signal/automatic speed control on the New Canaan branch.

Now, I’m all for credit where credit is due. I think those people who actually developed the logic of PTC and the technology to communicate, translate, execute that logic—to apply the predictive and preventive features of PTC to rail operations and who accomplished that by finding a way to identify occupancy in dark territory—deserve all the credit in the world.

I also think those who didn’t recommend PTC 50 years ago, but instead installed automatic block signal systems and speed control, deserve a lot of credit.

And by the way, from the NTSB press release: “In the past half century, the NTSB has investigated more than 150 PTC-preventable accidents that have taken nearly 300 lives and injured about 6,700  others.” Right, past half century. But since GPS wasn’t completed and readily available for civilian applications until the 1990s , how about we quit pretending that something that did not exist could have prevented things that really happened? 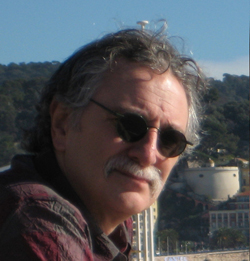 *Editor’s Comments: NTSB’s press release, “NTSB to Railroads: Finish the Job Implementing Positive Train Control,” and press conference featuring Sen. Richard Blumenthal (D.-Conn) was yet another pointless political stunt. Read it if you must, but be aware that The-Pope-is-a-Catholic statements like “The NTSB’s message is simple: no more extensions, no more excuses, and no more delays. Finish the job,” are utterly ridiculous and a complete waste of time. And by the way, NTSB’s headline emulates my style of headline writing. Should I be flattered? Nope! – William C. Vantuono