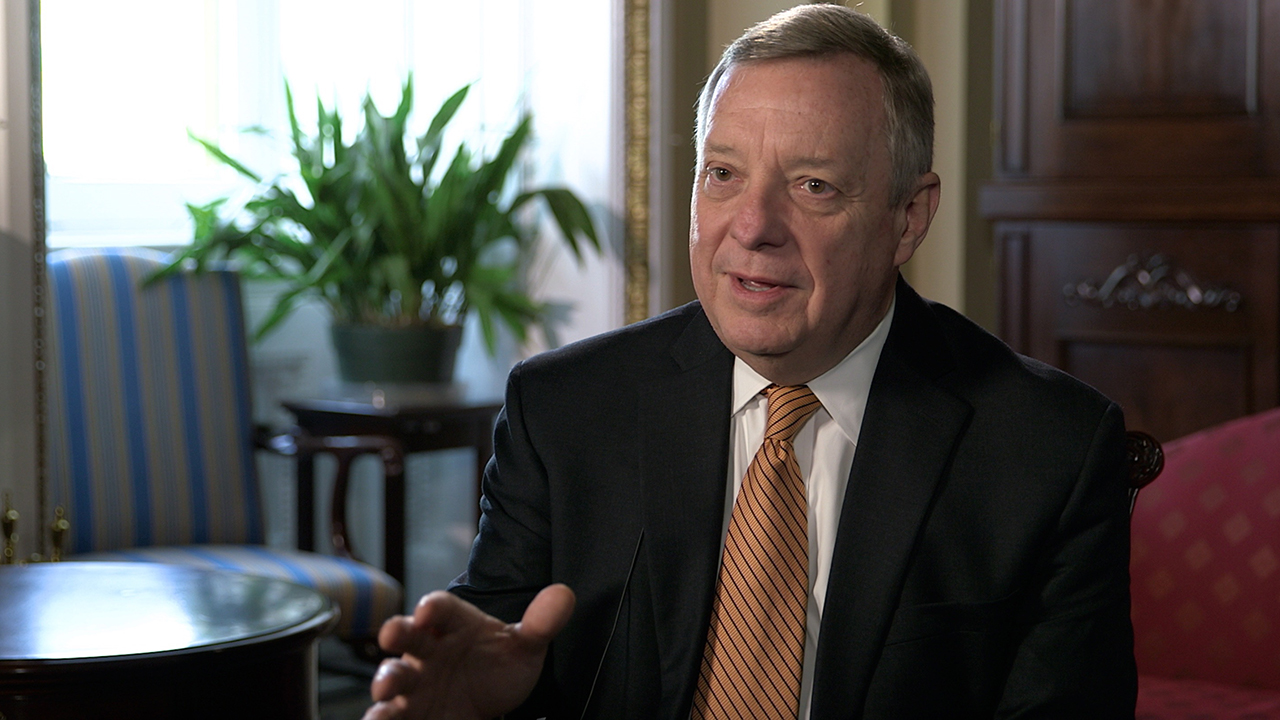 U.S. Sen. Dick Durbin (D-Ill.) wants the Surface Transportation Board to dump the Canadian Pacific-Kansas City Southern merger, unless he gets his way.

In a press conference timed to coincide with STB hearings on the pending combination to create CPKC (Canadian Pacific Kansas City), North America’s first transnational railroad, Durbin, accompanied by Rep. Raja Krishnamoorthi (D-Ill.) and other politicians, said the agency should postpone its decision until after the Chicago region conducts an independent environmental impact study.

“We’re worried, the STB is to make its decision soon in a matter of a few months,” Durbin said. “We don’t believe they have all the information they need, and they got [sic] to take a look at the Chicagoland area and the economic and environmental impact of this merger … Railroads are an important part of our lives and our economy … But we got [sic] to make certain that as we look to the future of these railroads that we consider the people who are affected by it.”

Well, I got to tell you, this ain’t much more than politics, and that’s fairly sick.

“Two STB members have strong Chicago ties. Chairman Martin J. Oberman is a Chicago resident and former Chicago Alderman, while Board member Karen J. Hedlund was born in Chicago and practiced law there. Both these Democrats owe their STB Presidential nominations, in part, to Durbin, the Senate Majority Whip who has significant influence over President Biden’s nominations below Cabinet level. This does not suggest either is beholden to Durbin for their nominations or expectation of renomination. It is just a fact—as is Oberman’s reputation as having often bucked the Chicago Democratic machine while in office.

“The STB’s governing statute provides that a final decision on the merger application be rendered within 90 days of the now-scheduled Oct. 20 close of the evidentiary record, but subject to completion of the STB’s environmental impact statement, which is expected to be completed shortly. The Board would have to hold the evidentiary record open for an unspecified period—and perhaps subject to court challenge—to accommodate the Durbin-Krishnamoorthi request for a separate environmental study that arguably could take months, wreak financial havoc on the applicant railroads and scuttle the merger if financing is withdrawn.

“What likely is going on is special interest pandering by two lawmakers with no legitimate basis for questioning either the ability of the STB to conduct an appropriate environmental assessment or the completeness of the evidentiary record that has been open for months to public participation.

“Were the STB to capitulate and indulge what almost certainly is politically motivated bullying, it would sully the reputation of the Board as an independent federal regulatory agency and set a deeply disturbing precedent.”

My guess is the STB puts a damper on Dick Durbin’s disturbance and places it where it belongs: in the dumpster.

If you desire a deeper dive and want “just the facts,” here’s my recommendation:

‘DDKN’ the ‘Textbook Definition of NIMBY’