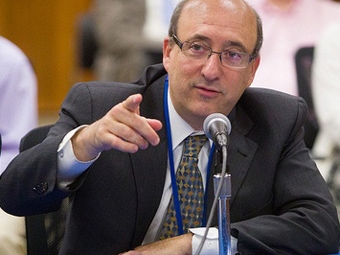 The U.S. Department of Labor (DOL) Occupational Safety and Health Administration (OSHA) has awarded an MTA Metro-North Railroad employee who was injured in 2011 the largest punitive damages ever awarded in a retaliation case under the Federal Railroad Safety Act (FRSA).

Metro-North has been ordered to pay the unnamed employee $250,000 in punitive damages, $10,000 in compensatory damages, and reasonable attorney fees following an investigation determining that the employee, a coach cleaner, was retaliated against after reporting a knee injury he suffered on Nov. 17, 2011.

“When employees, fearing retaliation, hesitate to report work-related injuries and the safety hazards that caused them, companies cannot fix safety problems and neither employees nor the public are safe,” said Assistant Secretary of Labor for Occupational Safety and Health Dr. David Michaels. “In this case, Metro-North’s conduct was deliberate and discriminatory, and we have assessed the maximum amount in punitive damages allowed under the law.”

“While driving the injured employee to the hospital, a Metro-North supervisor also intimidated the worker, reportedly telling the worker that railroad employees who are hurt on the job are written up for safety and are not considered for advancement or promotions within the company,” DOL said. “Unofficial reports from other employees appear to corroborate the supervisor’s claims. For instance, one worker smashed her foot with a barrel while on the job, yet she did not file an accident report and showed up to work every day using crutches in hope of keeping her injury record clean. Another worker was injured when her hand was caught in a broken door but, like her coworker, she did not fill out an incident report for fear of reprisal.”

“Shortly after the employee reported the work-related injury, Metro-North issued disciplinary charges against him,” DOL said. “The employee filed an initial FRSA anti-discrimination complaint with OSHA on April 19, 2012. An amended complaint was filed on April 9, 2013, after the railroad issued additional disciplinary charges against him. OSHA’s investigation found that the employee engaged in protected activity when he reported his injury and filed his complaints with OSHA, that Metro North knew these were protected activities and that these protected activities were contributing factors in Metro North’s subsequent disciplining of the employee.”

The National Transportation Safety Board (NTSB) published a preliminary Special Investigation Report dated Nov. 19, 2014, regarding several recent accidents, including fatalities, involving Metro-North. The NTSB noted in their findings that “Metro-North Railroad did not have an effective program that encouraged all employees to report safety issues and observations.”

“OSHA’s findings here provide another example of this: If employees are discouraged from reporting injuries, the employees and the public are endangered, as Metro-North cannot correct the conditions which caused the injuries,” DOL said.

In addition to paying punitive and compensatory damages, OSHA ordered Metro-North to expunge the employee’s record of all charges and disciplinary action. The railroad must also conduct training for all supervisors and managers on employee whistleblower rights and post a notice to employees of their whistleblower rights. Both the employee and the railroad have 30 days from receipt of OSHA’s findings to file objections and request a hearing before the Labor Department’s Office of Administrative Law Judges.

OSHA enforces the whistleblower provisions of the FRSA Act and 21 other statutes protecting employees who report violations of various airline, commercial motor carrier, consumer product, environmental, financial reform, food safety, health care reform, nuclear, pipeline, public transportation agency, maritime, and securities laws. Under these laws, enacted by Congress, employers are prohibited from retaliating against employees who raise various protected concerns or provide protected information to the employer or to the government. Employees who believe that they have been retaliated against for engaging in protected conduct can file a complaint with the Secretary of Labor for an investigation by OSHA’s Whistleblower Protection Program.

Under the Occupational Safety and Health Act of 1970, “employers are responsible for providing safe and healthful workplaces for their employees,” DOL noted. “OSHA’s role is to ensure these conditions for America’s working men and women by setting and enforcing standards, and providing training, education, and assistance.”

“The events that are the subject of the OSHA ruling occurred in 2011,” Metropolitan Transportation Authority Deputy Director for External Communications Aaron Donovan told Railway Age. “Since then, Metro-North has made considerable strides to create and promote a safety culture that encourages employees to report safety concerns and injuries without fear of retaliation. Among the changes that Metro-North is making is the implementation of the confidential close call reporting system so that employees can report safety issues without fear of reprisal. Metro-North is also requiring supervisor instruction in safety training that emphasizes the importance of the anti-retaliation protections afforded employees under the Federal Rail Safety Act. The Metro-North of today has zero tolerance for discipline targeted against those reporting safety violations or injuries, and is expanding training for workers and supervisors on safety requirements and adherence to critical safety rules.”