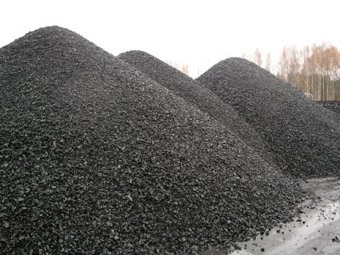 Oregon's Department of State Lands on Monday, Aug. 18, 2014, denied a permit for construction of a coal export project on the Columbia River to bolster international coal export.

The decision puts additional pressure on the coal industry and western North American railroads as they scramble to find adequate port access and coal delivery routes unimpeded by growing resistance from various municipalities and interest groups.

Salt Lake City-based Ambre Energy North America, Inc., a subsidiary of Brisbane, Australia-based Ambre Energy Ltd., seeks to construct docking facilities on the river. Ambre has , and says it will “We disagree with this political decision,” Ambre has 21 days to file for an appeal before an administrative law judge, whose decision can be reviewed in state appellate courts, according to local media.

Ambre spokeswoman Liz Fuller expressed disappointment with the ruling, saying, “We disagree with this decision,” and adding, “We are evaluating our next steps and considering the full range of legal and permitting options.”

By contrast, “Oregonians today should be proud that our state stood up to protect salmon, fishing, and clean water over dirty coal,” said Brett VandenHeuvel, executive director of Columbia Riverkeeper, an environmental group.

Oregon Gov. John Kitzhaber last April criticized the proposal for its alleged impact on climate change and protected tribal fishing areas along the Columbia River, a stance echoed by Amerind tribal representatives along the river.

Faced by mounting pressure for coal export restrictions in California and Washington state, U.S. coal players are looking north of the border for possible export options. Vancouver, British Columbia, recently gave the green light to some expansion that one observer says ” would allow more coal throughput, perhaps from U.S. mines. “

But even Canadian options could prove problematic, not necessarily due to cross-border procedures but more to growing resistance, comparable to the three contiguous U.S. Pacific Coast states, from within British Columbia itself. Last October the province and the three U.S. states announced an alliance involving climate change, and said they will seek joint efforts to reduce the amount and cost of carbon emissions.