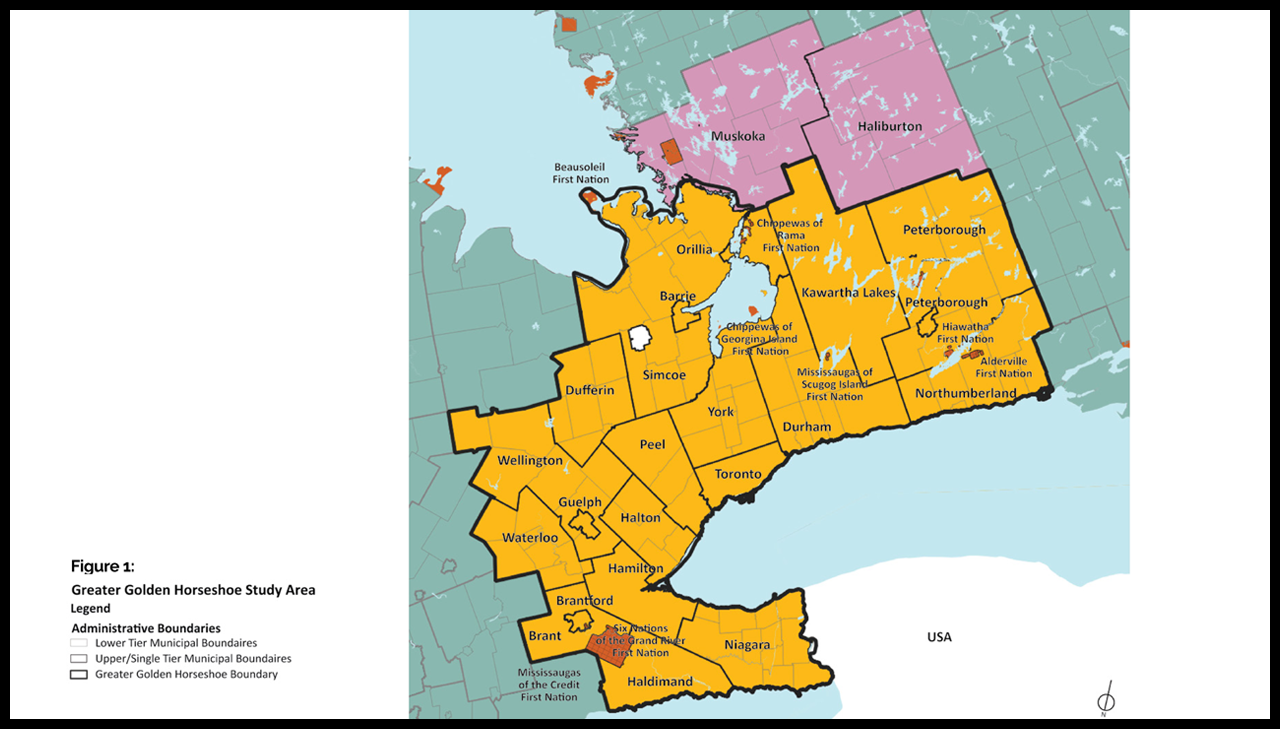 The government of Ontario is building a 2051 Greater Golden Horseshoe (GGH) transportation plan. GGH is the urban region centered on the city of Toronto. It extends from Waterloo, Wellington and Brant County from the west; Peterborough and Northumberland from the east; Simcoe County to the north; and Haldimand and Niagara to the south.

The Ontario government has released a discussion paper for public feedback that will help inform its first 30-year Greater Golden Horseshoe transportation plan, slated for issue later this year.

The Greater Golden Horseshoe (GGH) is the urban region centered on the city of Toronto. It extends from Waterloo, Wellington and Brant County from the west; Peterborough and Northumberland from the east; Simcoe County to the north; and Haldimand and Niagara to the south.

According to the government, a 2051 GHG transportation plan will help:
• Prepare the transportation system to serve an expanding economy and population. By 2051, population and employment are forecasted to grow from 10 million to 14.9 million people, and 4.5 million to 7 million jobs, respectively.
• Identify necessary actions to address mobility and congestion in the GGH.
• Guide and support Ontario’s transportation investment decisions.
• Coordinate strategic planning across the region for the next 30 years.
• Prepare for new technology and changes, “like automated vehicles and mobility as a service platform that could change the way we move around the region.”

The new paper (download below) outlines initiatives and concepts that address mobility in the region and that are designed to “meet collective goals and transportation challenges of the future.” It also prioritizes near-term actions. The paper covers railways, public transit, trucks, cars, cycling, walking, air and marine.

The Ontario government is seeking public comments on the paper, including new ways to align actions and to partner, procure and deliver infrastructure, and new approaches to policy solutions and programs.

Comments are due Aug. 28, 2021. The province will incorporate feedback into a proposed 2051 transportation plan that it will “work toward releasing” later in 2021. The plan will ultimately “help guide and align decisions and investments over the long-term to ensure other levels of government, transportation agencies, industry, local businesses and other service providers are working collaboratively to shape the transportation system,” the government reported.

“We have a long-term vision for the Greater Golden Horseshoe that takes us to 2051, built on connected transportation that’s safe, seamless and accessible,” Minister of Transportation Caroline Mulroney said. “This discussion paper is an important opportunity to gain further insights that will help shape a better transportation network for our province’s future.”