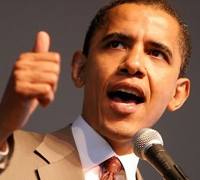 The U.S. House of Representatives and Senate passed an omnibus spending bill late last week that will keep federal agencies funded through the end of September 2016.

The $1.1 trillion Omnibus Appropriations bill includes an extension to the 45G short line tax credit, funds the Transportation Investment Generating Economic Recovery (TIGER) grant program for another round and increases the amount of New Starts funding.

The legislation also permanently extended the transit/parking commuter tax benefit, which will allow employees in a program will be able to set aside $255 in pre-tax dollars each month in 2016 to spend on public transportation, up from the current $130 a month.

An eighth round of the popular TIGER competitive grant program will be funded at $500 million. In October, the seventh round of TIGER funding awarded $500 million to 39 projects.

Amtrak will be funded at $1.39 billion, but there is no allocation for high-speed rail.

The Federal Railroad Administration (FRA) will see an increase of $52 million in allocations, rising to $1.678 billion.

There were also some major provisions in the bill for which the industry had lobbied: not allowing trucks with twin 33-foot trailers on U.S. highways (with the exception of Idaho); $350 million for Section 130 grade-crossing funds, an increase; and $50 million for railroad safety grants split between the railroad safety infrastructure improvement grant program and  railroad safety technology grants for Positive Train Control implementation.

On Friday, Dec. 18, the House passed the Omnibus Appropriations bill, 316-113; the Senate passed it, 65-33 and President Barack Obama signed it into law Friday evening.

Information for this report was gathered from the Omnibus Appropriations bill, the American Public Transportation Association and the National Railroad Construction & Maintenance Association.