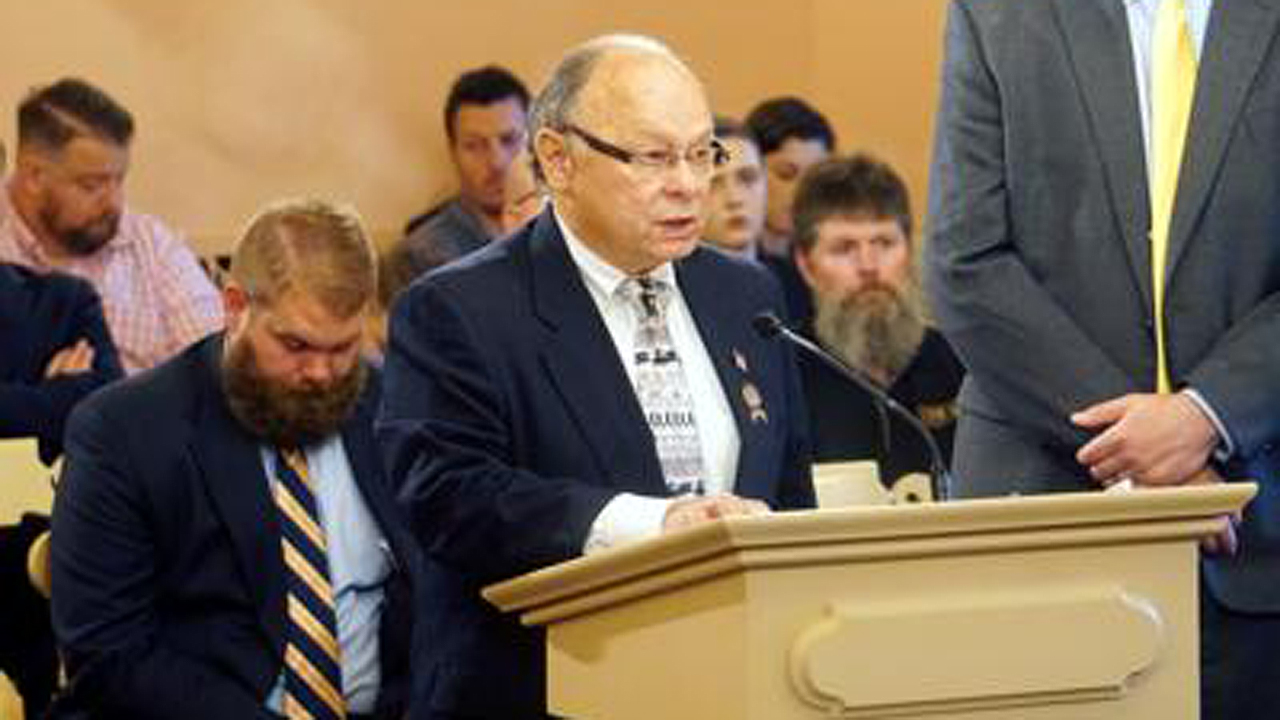 In response to the Federal Railroad Administration canceling a Notice of Proposed Rulemaking (NPRM) that would require a two-person crew in locomotives, the state of Ohio is upping the stakes.

House Bill 186 would make a two-person crew a requirement in Ohio and also lays out fines for those railroad companies who do not follow the law. The penalties range from up to $1,000 for a first violation to as much as $10,000 for a third violation within three years of the first. The bill is currently before the Ohio House Transportation and Public Safety Committee, which must approve it prior to its moving to the House floor for a vote. There currently is no companion legislation in the Ohio Senate.

The measure also will require railroads to illuminate rail yards as outlined by the Illuminating Engineering Society of North America and to construct walkways next to tracks wherever employees perform switching activities. Trains would not be able to block grade crossings for emergency vehicles. If a train delays an emergency vehicle, the railroad company could be fined up to $5,000.

“Railroads are a very important part of commerce, but if you start thinking about what’s carried in a railcar, what kind of havoc that could wreak on your districts and your communities, I think it is a common sense solution to require a two-man train crew,” Ohio Rep. Brett Hudson Hillyer (R-District 98) told the House Transportation and Public Safety Committee.

“Historically members of a freight railroad crew consisted of an engineer, a fireman, a conductor and two switchmen—a five-man crew,” said Ohio Rep. Michael Sheehy (D-District 46), who worked 40 years in the railroad industry.* “With advances in technology, that crew size has been reduced to just a conductor and an engineer—a two-person crew.” Sheehy also said that, currently, at least 10 states either have or are considering legislation requiring minimum two-person train crews.

However, notes Railway Age Capitol Hill Contributing Editor Frank N. Wilner, “There already is a mandate, nationwide, for two-person crews on every Class I railroad owing to labor agreements in force. Thus, the Ohio legislation is academic and will remain so until there is a labor agreement permitting one-person crews, or if the Class I railroads, after a breakdown in the next round of labor talks, choose to impose one-person crews unilaterally and spark a work stoppage.”

On May 23, citing that “no regulation of train crew staffing is necessary or appropriate for railroad operations to be conducted safely at this time,” the FRA cancelled its April 2014 NPRM to mandate a minimum of two crew members on every freight train. Additionally, FRA is preempted—under Article I, Section 8 of the Constitution, which gives the federal government dominion over interstate commerce—all state laws mandating crew size within state borders.

The bill is currently before the Ohio House Transportation and Public Safety Committee, which must approve it prior to its moving to the House floor for a vote. There currently is no companion legislation in the Ohio Senate.

*According to his Ohio state legislature biography, Sheehy started his railroad career in 1972 on a CSX predecessor railroad as yard conductor. He worked as a yard foreman, freight conductor and remote-control operator. Additional assignments included several years as an instructor in CSX’s Conductor Training Program. Sheehy was also a local union officer with the United Transportation Union (SMART-TD)) and was chairman of Operation RED BLOCK. He retired from CSX in 2012.