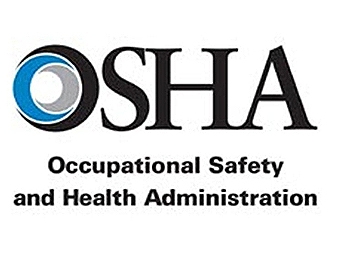 The U.S. Department of Labor Occupational Safety and Health Administration (OSHA) has ruled that an MTA New York City Transit supervisor discriminated against an employee for exercising his safety rights under the National Transit Systems Security Act (NTSSA). As a result, OSHA has ordered NYCT and the supervisor to pay the employee, whose identity was not disclosed, $52,500 in damages and take other corrective action.

“The employee and his supervisor, Mark Ruggerio, then the Acting General Superintendent at NYCT’s Linden Shop, participated in a safety inspection by the New York Public Employees Safety and Health (PESH) Bureau on Aug. 9, 2012,” OSHA said in a statement released March 24, 2015. “The PESH inspectors asked about the condition of a drill press, and Ruggerio told them it was not working. The employee stated that the press was operating and turned it on. The supervisor then threatened the employee with a loss of overtime work. PESH inspectors informed Ruggerio that his behavior appeared to be retaliatory and he needed to stop. He did not.

“The employee filed a timely whistleblower complaint with OSHA, which enforces the antidiscrimination provisions of NTSSA. He also subsequently transferred to another job at the Linden Shop. In July 2013, the employee contacted OSHA regarding possible harassment by his new supervisor and, in turn, OSHA contacted NYCT for further information. The new supervisor then shared information unrelated to the complaint with the employee’s fellow workers, leading them to shun him.

“OSHA investigators determined that the employee’s complaint had merit. Specifically, he engaged in protected activity when he took part in the safety inspection, filed his complaint, and shared his concerns with OSHA. As a result of its findings, OSHA has ordered NYCT to pay the employee $48,000 in punitive damages, $2,500 in compensatory damages, expunge the complainant’s employment records, and not retaliate against him in the future. It also orders Ruggerio individually to pay the complainant $2,000 in punitive damages.

In addition, NYCT must provide all Linden Shop managers with OSHA whistleblower training, provide all new hires with information on OSHA jurisdiction, and post a notice to all employees of their whistleblower rights under NTSSA.

Both the employee and NYCT have 30 days from receipt of OSHA’s findings to file objections and request a hearing before a U.S. Department of Labor administrative law judge. If no objections are filed, the findings and order will become final and not subject to court review.”

“The transit authority’s response to this worker’s actions suggests that employee safety is not its primary concern,” said OSHA New York Regional Administrator Robert Kulick. “Threatening or retaliating against even a single employee, as happened in this case, harms all employees. It can intimidate them into silence and allow hazards to flourish undetected until they injure or sicken workers. This type of culture must change.” 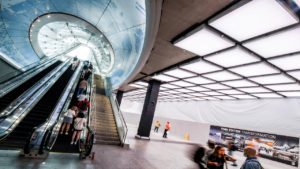