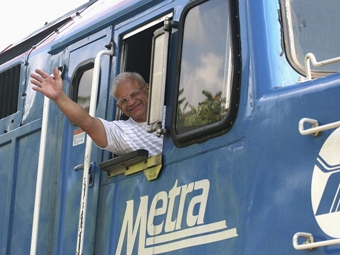 According to the Federal Railroad Administration, which has promoted the adoption of C3RS, “the system complements existing safety programs, builds a positive safety culture, creates an early warning system, focuses on problems instead of people, provides an incentive for learning from errors and targets the root cause of an issue, not the symptom.”

Under C3RS, employees will be able to confidentially report such “close calls” as safety concerns or violations of operating rules without facing sanctions from Metra or the FRA. “The goal is to collect data about close calls that otherwise would have gone unreported or underreported, and to use that data to identify safety hazards and take steps to correct them before an accident occurs,” Metra said. “Those corrective steps could include new or better training, physical changes, changes to safety rules or changes to operating rules.”

To maintain confidentiality, the close calls will be reported to a third party, the National Aeronautics and Space Administration, which will remove any information about the incidents that could lead to the identification of the employee. NASA will compile the data and then forward it for analysis by a peer review team of labor, Metra management and FRA representatives, which will recommend corrective action. NASA also will monitor trends across railroads and share results.

A close call is defined by the FRA as “a situation in which an ongoing sequence of events was stopped from developing further, preventing the occurrence of potentially serious safety-related consequences.” Examples of close calls would be trains traveling at excessive speed, m/w workers nearly struck by trains, trains running through a switch or a passenger door opened on the wrong side of the train. Personal injuries, serious train accidents and alcohol or drug use would not be considered a close call.

“Results from railroads that have adopted such systems are encouraging,” Metra noted. “According to the FRA, a confidential close call reporting system resulted in a 31% increase in the number of cars moved between minor derailments and a 90% drop in disciplinary cases at one railroad. That railroad also reported significant improvements in safety culture and labor-management cooperation. The adoption of A C3RS will bolster Metra’s numerous existing safety programs and reinforce safety as Metra’s highest priority. Those programs include our annual Safety Poster and Essay Contest, nearly a thousand annual Operation Lifesaver safety presentations and frequent safety blitzes conducted at Metra stations throughout the six-county Chicago region.”

“Safety is Metra’s highest priority, and this new program is a major and exciting new enhancement to our safety efforts,” said Orseno, “We are particularly pleased with the enthusiastic cooperation of our labor unions, who have demonstrated their commitment to making Metra the safest possible railroad.”