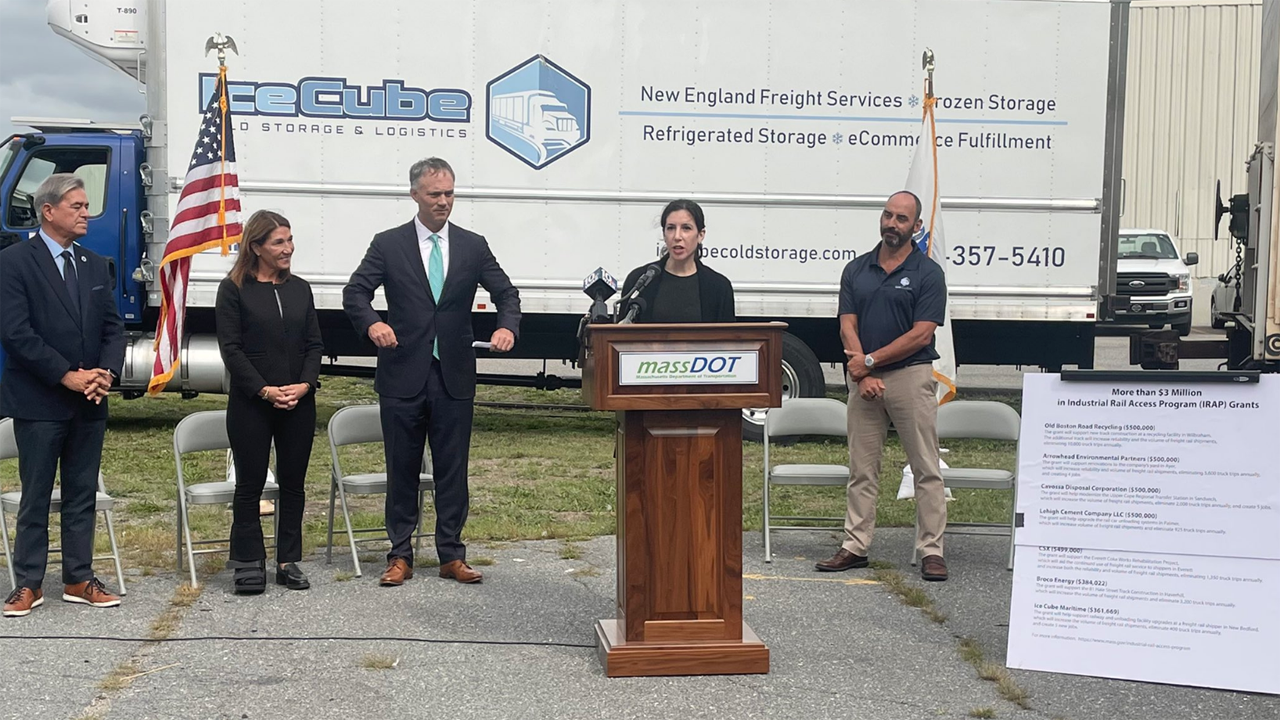 The Massachusetts Department of Transportation’s Rail and Transit Division is distributing $3 million to seven industrial rail access projects that will help reduce truck traffic in the state.

The FY23 projects were selected, in part, based on the strength of the industry/railroad business commitments and the anticipated public benefits and economic outcomes upon project completion, and project implementation readiness and a planned grant spending completion aligning with the state fiscal year.

And the seven recipients are: