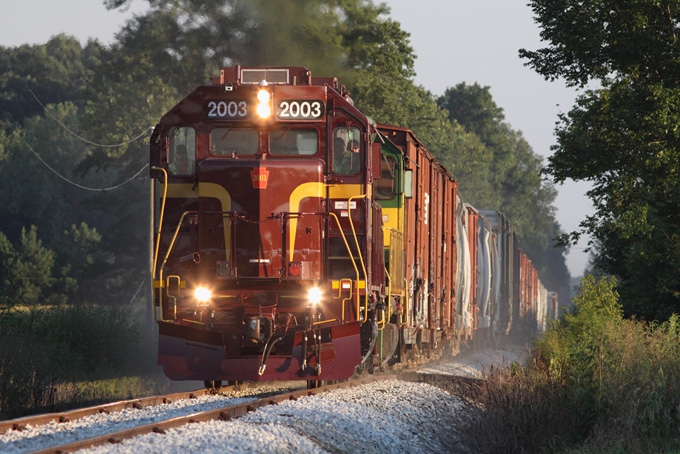 CSX Transportation (CSXT) and LIRC train speeds will increase incrementally over a period of several weeks from the current speed limit of 25 mph to a maximum of 49 mph at many locations. Track and signal improvements have been made to allow for the safe increase in train speeds in accordance with federal regulations.

The number and average length of CSXT trains will also increase. CSXT currently operates three to four trains per day on the LIRC rail line. This number will initially increase to an estimated 10 CSXT trains per day between Louisville, Ky., and Seymour, Ind., and may increase in the future. Train length may be up to 14,000 feet long. The number and length of CSXT trains will vary and continue to adjust depending on rail freight volumes.

These operational changes on LIRC are part of an agreement between LIRC and CSXT which was approved in April 2015 by the federal Surface Transportation Board. Through that agreement, CSXT is funding approximately $100 million in infrastructure improvements to support increased train traffic from both railroads over the LIRC line. These changes will provide enhanced rail access for the Port of Indiana-Jeffersonville, increase capacity and efficiency along this corridor and improve connectivity for manufacturers, farmers, marine ports and other contributors to the area’s economic growth.

Since last summer when the agreement was approved, representatives from the railroads have held meetings with community leaders to provide project status updates and to address concerns related to public safety, anticipated increases in freight volume and construction plans. CSXT and LIRC will continue to share information with community leaders and residents as the project progresses, in addition to completing construction projects and making operational improvements that are designed to reduce the impacts on the local environment and communities.