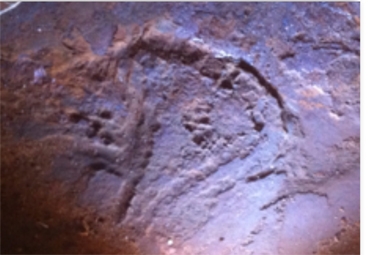 Are corrosion protection strategies for rail “all hat and no cattle?” (all talk, no substance?). James McDonald, Terry Aben P.E., and Douglas Mittlesteadt of Hempel USA examine this subject for Railway Age.

In September 1865, Amos Densmore conceptualized and constructed the first functional tank car for rail service. The basic premise of the design was two large wooden barrels built upright atop a flat railcar. His invention would become the new standard in bulk shipments of crude from the Pennsylvania oilfields to refineries on the East Coast. By 1866, hundreds of the Densmore Tank Cars were in use by the rail industry. It was said that the Densmore Tank Car could ship 80 barrels of crude from Titusville, Pa., to New York for $170 less than in individual wooden barrels. The Densmore Tank Car had written the first chapter in bulk transportation of crude for a growing country, hungry for energy.

By 1868, iron boiler-type tank cars were introduced to address problems with the leaky wooden tanks and the tipping hazard associated with the upright tanks on the Densmore cars. With the addition of many safety features over the years, the original horizontal tank car design is similar in shape and function to the tank cars used today. Fast forward 150 years.

To get a handle on the sheer volume of crude transported by rail today, let’s take a quick look at the numbers:

Inspections have identified that crude oil tank cars are corroding at an alarming rate. This is causing many in the industry to seek out corrosion protection solutions. If crude oil has been transported in steel tank cars for nearly 150 years, shouldn’t we know how to protect them from corrosion? The answer is an obvious “yes,” but it’s imperative for us to recognize that rail transportation has changed and historical practices are no longer valid.

In days past, transporting light sweet crude in steel railcars wasn’t a big deal. As a matter of fact, a decade ago, most crude oil tank cars simply relied on the passivating effect of oil on the steel as the sole corrosion protection measure. (Passivation, in physical chemistry and engineering, refers to a material becoming “passive,” that is, less affected by environmental factors.) So why doesn’t that work today? What could have changed that makes tank cars more susceptible to corrosion than just a few years ago?

The DOT-111 tank car is the workhorse of crude by rail (CBR). It is regulated by the U.S. Department of Transportation-Pipeline and Hazardous Materials Administration (PHMSA) for steel thickness, dimensional specifications, and design characteristics. It has been in use since the 1960s (with various safety upgrades, such as the voluntary CPC-1232 standard the rail industry implemented in late 2011) and boasts a design life of 30-40 years. How can a vehicle with this much history of essentially being corrosion-free start corroding almost overnight? Before we get too steeped in the discussion of corrosion mechanisms and solutions, it’s important to understand how this “overnight” corrosion problem happened.

Canada’s largest crude oil export customer is the United States. As much as 2.5 million barrels of Canadian crude come over the border every day. With the price of oil at a profitable range for continued exploration and development, Canada’s vast natural resources are being tapped at a rapid pace. While Canada develops its natural resources, the U.S. is also producing oil from unconventional reservoirs at an ever expanding rate. The problem starts showing up in the transportation of all that crude oil. Pipelines are at capacity and producers must get their crude to refining markets or face serious financial consequences—crude isn’t worth anything unless it can be sold and delivered to refiners who can process it into products like diesel, gasoline, plastics, etc. With continued regulatory delays of pipeline projects and existing pipelines at maximum capacity across the U.S., producers have looked anywhere and everywhere for a solution.

Enter North America’s “122-inch pipeline,” so-called because of the standard diameter of the DOT-111 tank car. The DOT-111 fleet is a transportation system with access to every major refining market. It supports large volumes, and it has a 40-year track record of success. This system, which had been overlooked for decades because of cost, is now in the spotlight because of available capacity and its flexibility in delivering to multiple refining markets.

“We’ve always done it this way”

Operators found a solution to move new oil inventories locked in regions with very little transportation infrastructure. The figures shown earlier indicate CBR expanded by a factor of 40 in only five years, with more growth likely. The difficulty is that crude oil is being shipped just like it always has been, with no internal corrosion protection. There are exceptions to this, especially as shippers and operators begin to better understand the chemistry of their cargoes. However, the important consideration here is that the changes in CBR are not just limited by the volumes being shipped, but by changes in crude chemistries that dictate an adjustment to the cars themselves. Once we grasp that, we can begin looking at what’s causing this corrosion and how we can reduce or eliminate it.

What’s in the oil?

Describing every chemical constituent in crude oils found throughout North America is far beyond the scope of this article, but we will attempt to categorize and describe some of the important aspects around corrosion mechanisms:

As oil is produced, it is common for sediment and brine water to be produced along with it. This is referred to as BS&W. The produced oil and water mixture is processed using heat, gravity, chemicals (emulsion breakers), and time to separate oil from the sediment and water. The goal of this process is to reduce the amount of water in the crude oil to 0.5% or below, as this is the standard that refineries set for purchasing crude. Once the oil reaches this state, it’s stored in lined tanks until it can be loaded onto railcars.

In areas where ambient temperatures reach well below freezing, the oil is heated to make it flow more easily during loading and unloading operations. This is where the real “magic” starts happening. SRBs and APBs that are present in the oil tend to go dormant (not die as previously thought) at temperature extremes. The bacteria begin to flourish as temperatures moderate to the warm side. This can happen after loading, as the oil cools, as well as when railcars are shipped to warmer areas, the Texas Gulf Coast for example.

Another area that makes CBR a “holiday cruise” for bacteria is the settling of the sediment. SRBs and APBs tend to agglomerate with sediment particles. As railcars are shipped across great distances, the sediment and water tends to settle and pack in the heel (or bottom) of a railcar due to constant vibration. This creates a densely packed, insulated, nutrient-rich environment for the corrosion causing bacteria.

Oil producers and pipeline operators have been successfully minimizing the effects of MIC on uncoated steel for decades with the use of treating chemicals like biocides and corrosion inhibitors. So why don’t we just use these same chemical treatments in unlined railcars?

First, let’s take some time to understand treating chemicals. They are traditionally broken down into two basic groups: carried by oil, or carried by water. A common saying among chemical companies is, “If the chemical can’t touch it, you can’t treat it,” meaning, your chemical must be soluble in the vehicle you want to treat and it must have movement to contact all the fluid or the steel.

Traditionally, chemicals are injected into flowing fluids for good dispersion in the fluid and contact with steel or corrosive bacteria species. This system is effective in bare steel pipelines because the chemical treatment is easily dispersed in the flowing fluid and the entire surface of the steel is contacted with the treated fluid. Chemicals must be reapplied often to continue protecting steel and keep bacteria numbers low.

This is impractical to perform in tank cars that are being transported. Treatment chemicals don’t perform so well in static fluids, or under sediment. The sediment layer that settles in the heel of a tank car, as described earlier, prevents a batch-applied chemical (chemical poured into a tank) from ever contacting the steel to create a thin-film corrosion barrier. Research has shown that inhibitors are ineffective at penetrating sediment layers to prevent UDC. (“Development of a Test Protocol for the Evaluation of Underdeposit Corrosion Inhibitors in Large Diameter Crude Oil Pipelines” CORROSION/2011, paper no. 11263, Houston, Tex., National Association of Corrosion Engineers, 2011.) Biocides are also ineffective at penetrating the chemical solids interface and thus cannot perform a bacteria kill sufficient to reduce pitting corrosion.

Lack of biocide and corrosion inhibitor penetration into sediment is the primary reason that pipeline operators use manual sediment removal techniques like “pigging” (the practice of using devices known as “pigs” to perform various maintenance operations on a pipeline, without stopping the flow of the product in the pipeline) to remove sediment and improve chemical treatment effectiveness in pipelines. (“Evaluating Corrosion and Inhibition Under Sludge Deposits in Large Diameter Crude Oil Pipelines” CORROSION/2010, paper no. 10143, Houston, Tex., National Association of Corrosion Engineers, 2010.)

The lining of tanks, where static storage environments cause sediment layers to develop, is common practice because chemical treatments are ineffective. A key factor in the use of epoxy lining systems is that they work in static and flowing fluids. Because they are applied before the first load of oil, they act as a barrier to prevent the bacteria- and water-rich sediment layers from ever reaching the steel, no matter how much sediment builds up.

If epoxy lining systems are the answer, then what’s the holdup? The answer is that there is an uncertainty in the impending PHMSA regulations. But if I apply a liner to all my railcars and then need to retrofit them after new legislation passes, will the money I spend on a lining be wasted? No, because by protecting against corrosion today, there is a greater certainty that the car will be in superb condition, if and when any retrofits are required. This is especially true with epoxy linings, because they can be easily repaired after retrofit instead of having to be removed and reapplied.

Currently, the rail industry is not so willing to make any decisions prior to having a clear direction on what regulatory changes might come. An important consideration is that regulatory bodies typically don’t make sweeping changes overnight. Policies are phased in over months and years. This allows shippers, operators, and rail manufacturing/repair facilities time to implement changes without shutting down domestic oil and gas shipments and therefore production, a major economic engine in the U.S. By making the decision to protect these assets now, operators and shippers will be extending the life and profitability of the asset while easing the amount of future capital required for retrofit. If a “wait and see” approach is adopted by the rail industry, and we don’t proactively address known problem areas with proven solutions, we can rest assured that government regulators will. By putting off lining a railcar today, there may not be a railcar to retrofit tomorrow, or worse, we may see environmental damage from hydrocarbon releases caused by rampant corrosion.