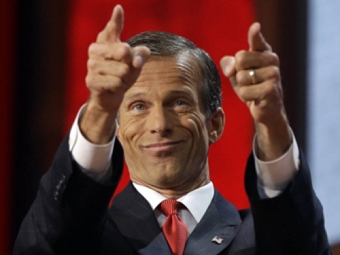 The U.S. House of Representatives on Dec. 10, 2015 passed S. 808, the Surface Transportation Board (STB) Reauthorization Act of 2015, which among other provisions, will increase the number of STB members from three to five, improving STB’s structure and decision-making processes by allowing, with proper disclosure, board members to speak with one another about cases on which the STB is ruling.

S. 808 improves the STB’s current dispute resolution process by setting timelines for rate reviews and expanding voluntary arbitration procedures to address both rate and service disputes. It also ensures that the STB has the authority to proactively resolve problems before they escalate into larger disputes by providing the STB with the ability to initiate investigations on matters other than rate cases.

The Association of American Railroads (AAR) issued a statement in support of S. 808’s passage:

“In reauthorizing the Surface Transportation Board for the first time since the agency was created, Congress has clearly stated the critical need for railroads to be able to earn the revenues to build, maintain and further modernize the nation’s 140,000-mile privately owned rail network. These investments are needed to meet current and future freight transportation demands,” said AAR President and CEO Ed Hamberger. “This legislation strikes the right balance of preserving a market-based structure for shippers and railroads, while also providing commonsense process improvements that will allow the STB to work more efficiently.”

“The industry invests revenue it earns, not government funding, to grow the nation’s rail system and respond to the shipping needs of customers, large and small,” added Hamberger. “Congress has reaffirmed balanced economic regulations that allow market-based competition to establish rate and service standards, with a regulatory safety net available to rail customers.”

Hamberger noted that since partial deregulation under the Staggers Rail Act in 1980, the freight rail industry has invested more than $600 billion of capital in infrastructure and equipment.

“Enacting this legislation will make the Surface Transportation Board more accountable and effective in addressing rail service and other disputes,” said Sen. Thune. “Heading off problems between rail customers and carriers whenever possible, and quickly resolving them when they do occur, is at the heart of this effort to make the STB work better.”

What could happen next, in terms of having five STB members? “Our sitting Democrat President will have opportunity to make three nominations to the five member STB in his final year of office—Republican Ann Begeman’s renomination or her successor, plus one Democrat and one Republican to fill the new seats,” observes Railway Age Capitol Hill Contributing Editor Frank Wilner. “Perhaps, as two will be Republicans, the Senate will confirm them. Yet, I wonder if we are going to see three vacant seats pending a new White House occupant in 2017. Another possibility: If there are no nominations/confirmations, and a Republican is elected President, that President would have the ability to nominate three Republicans along with naming a new chairperson. Still another possibility: If there are no nominations/confirmation, no matter the party of the new President, that President would have the ability to nominate all five STB members—two new seats and successors to all three current STB members—plus name a chairman.

The STB is the federal regulatory body responsible for economic oversight of the nation’s freight rail system. Run by a three-member bipartisan board, the STB has regulatory jurisdiction over railroad rates, mergers, line acquisitions, new rail-line construction, line abandonment, and other rail issues. The STB was created by Congress in 1996 as the successor to the Interstate Commerce Commission. Since that time, the STB has not been reauthorized or substantively reformed.