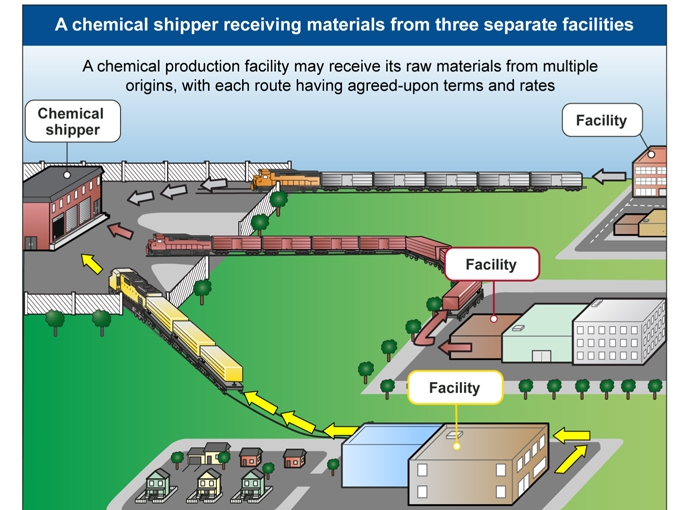 The U.S. General Accountability Office (GAO) has released a study, “Freight Rail Pricing,” which suggests that rail shippers are amenable to longer-term contracts but wary of pricing.

“While rail contracts and tariffs are similar, contracts offer the flexibility to customize rates and terms to a specific shipper, according to selected stakeholders GAO interviewed,” GAO said. “Both contract and tariff rates are based on market factors, such as competition, according to representatives from the four largest U.S. freight railroads (Union Pacific, BNSF, CSX and Norfolk Southern). “However, they noted that in developing contract rates, a railroad will also examine factors specific to each shipper and may negotiate discounts in exchange for the shipper committing to provide a specified volume over the contract’s duration.

“According to railroad representatives, the volume commitments negotiated in a contract allow the railroad to more efficiently allocate its resources and ensure consistent revenues. Also, selected shippers told GAO that they can more efficiently manage multiple shipping routes under one contract because of the stability in rates over the duration of the contract. In contrast, tariffs may be preferred for smaller shipments.”

Despite the volume discounts contracts can offer, some shippers said that contracts that include rates for multiple origin-to-destination routes can contain high rates on some routes. “This is particularly an issue for shippers that are ‘captive’—that is, shippers served by a single railroad without an economically viable transportation alternative,” GAO said.

Representatives of the “Big 4” Class I’s said they charge “what shippers are willing to pay to cover infrastructure costs for the entire rail network,” GAO said. “However, according to selected shippers GAO interviewed, combining captive and non-captive routes together in one contract can compel shippers to accept some unreasonable rates. Shippers subject to contract rates they view as unreasonable cannot challenge those rates at the Surface Transportation Board because contracts are not subject to STB oversight.

“[One] railroad official said that a shipper may ask the railroad to switch rates the shipper views as unreasonable to a tariff. However, selected shippers said that tariff rates are generally higher than contract rates, so they are reluctant to forgo a contract with a mix of rates in favor of using a tariff. While the STB process for reviewing tariff rates was designed, in part, to protect captive shippers from unreasonably high rates, selected shippers said the process is complicated, time-consuming and expensive. In 2016, STB began to review the tariff review process with the goal of improving its efficiency.”

GAO said it conducted the study because the STB Reauthorization Act of 2015 included a provision for GAO to review rail transportation contract proposals containing multiple origin-to-destination routes. GAO’s report addresses similarities and differences in shipping freight under a tariff vs. a contract, and the potential benefits to using each; and views of selected stakeholders on the implications of shipping freight under a tariff vs. a contract. GAO analyzed STB data from 2005 to 2014, reviewed documents provided by and interviewed representatives of the four largest freight railroads, the Association of American Railroads, STB officials, and representatives of nine shippers selected to represent a mix of commodities transported by rail.

““The GAO report confirms that railroads and their customers enter into contracts when mutually beneficial agreements can be reached in the commercial marketplace,” said AAR President and CEO Ed Hamberger. “Even in the absence of a contract, railroads make common carrier rates and service terms available to all customers. The report also confirms that shippers have recourse to regulatory remedies at the Surface Transportation Board if they believe their rates are unreasonable. Since this balanced regulatory framework was put in place, rail rates have declined about 45%, which means the average rail customer can ship close to twice as much freight for about the same price it paid more than 35 years ago. It also should be noted that the average U.S. manufacturer historically spends about 3% of revenue on capital expenditures while the comparable figure for U.S. freight railroads in recent years has been around 19%, or six times higher.”

The full GAO study can be downloaded at the link below.