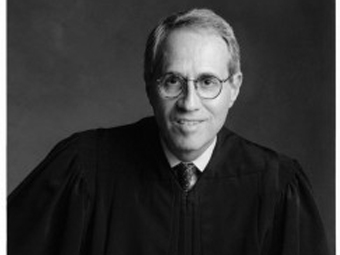 In the ongoing, seven-years-and-counting legal battle involving railroads and certain customers who have filed a class-action suit claiming that the railroads engaged in collusion to impose fuel surcharges, the United States District Court for the District of Columbia has ruled in favor of the plaintiffs in a matter involving the credibility of their principal expert witness.

“This case has been there and back again—through one round of class certification, an appeal to the D.C. Circuit, and now a second round of class certification briefing after the court of appeals vacated the Court’s prior decision certifying the class and remanded for further consideration,” wrote United States District Judge Paul L. Friedman in his Nov. 26, 2014 opinion and order (Docket no. 756).

The plaintiffs’ expert witness whose credibility has come under scrutiny is Dr. Gordon Rausser, majority owner of OnPoint Analytics, which describes itself as “an economic, finance, and statistical consultancy specializing in expert testimony for complex, high-stakes litigation.”

Following are excerpts from Judge Friedman’s ruling, in which he granted the plaintiffs’ motion for leave to file a supplemental expert report:

“Through it all, the plaintiffs have principally relied on Dr. Gordon Rausser’s expert reports and testimony. But on the eve of a second class certification hearing, plaintiffs were blindsided by evidence that indicates that Rausser has, for years, consulted with and invested in companies that buy out class action claims for profit—including a claim or claims in this case—while serving as an expert witness in class action cases around the country.

“Because Rausser’s credibility has been drawn into serious question, plaintiffs have moved for leave to file a supplemental expert report, limited in scope, to attest to the integrity and reliability of Rausser’s expert analysis and methodologies. Defendants argue that Rausser’s tarnished credibility does not warrant allowing an additional expert witness and that they would be prejudiced by further delaying the already costly proceedings. After careful consideration of the parties’ briefs, exhibits, and the relevant legal authorities, the Court grants plaintiffs’ motion for leave to file a supplemental expert report.

“On March 10, 2014, defendants’ counsel received an email from an employee of Cascade Settlement Services (“Cascade”) named Rod Montgomery That email stated, in part: ‘I fear the company’s involvement with Gordon Rausser, majority owner of OnPoint Analytics, could be a serious conflict of interest . . . . Mr. Rausser holds a non-voting percentage ownership in our company, specifically Cascade, LLC. I believe he has a 10% interest in the company. As a result, he stands to gain directly from any purchases of claims made in the Rail case. He has been able to keep the company apprised of all developments in the case given he has “insider” information. His [damages] model also might have indirect or direct benefit to him financially.’

“After receiving this email, ‘[d]efendants tried to confirm or refute Mr. Montgomery’s claim using publicly available information,’ but were ‘unable to find any evidence corroborating the allegations.’ Defendants, however, did not share Mr. Montgomery’s accusations with plaintiffs’ counsel or the Court. On July 31, 2014, defendants deposed Dr. Rausser and asked whether ‘there [is] any formal relationship between OnPoint Analytics and Cascade Settlement Services.’ Dr. Rausser answered ‘no,’ but stated that OnPoint Analytics ‘has done work for [Cascade] in the past.’ He denied that he or OnPoint had any ownership or other financial interest in Cascade.

After the deposition, ‘[d]efendants assumed that was the end of the matter.’ But on Aug. 29, 2014, plaintiffs produced an errata sheet for Dr. Rausser’s deposition that, in effect, changed his answer regarding a financial interest in Cascade from a ‘no’ to a ‘yes.’ Id. The errata stated that Dr. Rausser does ‘have the right to share in distributions from certain claims [Cascade] manage[s], but those do not include claims in this case or any other case in which [he is] a testifying expert or OnPoint has performed any services.’

“Defendants responded to Dr. Rausser’s errata by issuing a series of subpoenas to Dr. Rausser, OnPoint Analytics, Cascade, and Rod Montgomery. Plaintiffs produced responsive documents from Dr. Rausser and OnPoint on Oct. 1, 2014. Additional discovery followed. In summary, the parties agree that the documents produced appear to show that both OnPoint Analytics and Dr. Rausser entered into agreements with Cascade to provide consulting and other services shortly after the completion of the initial class certification hearing in this case. The evidence shows that, since at least 2010, Cascade has actively sought to purchase the claims of potential class members in this case through marketing efforts.

“Although plaintiffs have moved to add a supplemental expert — as opposed to a straight substitution of one expert for another—the analysis remains the same: Does good cause exist to alter the scheduling order and reopen discovery for this purpose? This appears to be an issue of first impression in this or any Circuit. Neither the Court nor the parties have identified an analogous case that considered a request to add, but not to substitute, an expert after the discovery of evidence damaging the credibility of the moving party’s existing expert.

“The parties agree that (1) Dr. Rausser’s potential conflict of interest creates a serious credibility issue, but (2) is not cause to disqualify him from testifying as an expert in this case. Despite the evidence cited above, Dr. Rausser maintains that he has never had a conflict of interest in this case and that defendants’ accusations are false. He has not withdrawn from this case. Nor have plaintiffs moved to withdraw Dr. Rausser as their expert. Instead, plaintiffs have moved for leave to file a supplemental expert report to ‘address the reliability and integrity of Dr. Rausser’s opinions.’Mot. at 1.

“The Court concludes that plaintiffs have established good cause because (1) the plaintiff class would suffer significant prejudice without the report and testimony of a supplemental expert, (2) there is no evidence in the record that plaintiffs or their counsel had knowledge of the information affecting Dr. Rausser’s credibility until very recently, and (3) granting the motion will not be unduly burdensome or prejudicial to defendants. Moreover, any prejudice to the defendants will be mitigated by the imposition of strict limits on the supplemental expert. Dr. Rausser’s expert testimony and reports are critical to plaintiffs’ case. He has been plaintiffs’ principal expert, on class certification and the merits, since he was retained in 2009. This Court relied heavily on Dr. Rausser’s testimony in previously granting class certification.

“Given the potentially grave damage to Rausser’s credibility, the plaintiff class would be significantly prejudiced by requiring it to proceed without either an entirely new expert or a supplemental expert to address the integrity of Dr. Rausser’s expert testimony and reports. Defendants counter that this Court can fairly and objectively consider Rausser’s testimony ‘without the “assist” from [plaintiffs’ supplemental expert].’ The Court disagrees. In light of the critical importance of Dr. Rausser’s testimony, plaintiffs would be substantially prejudiced without the opportunity to present a supplemental expert supporting their argument that Rausser’s economic analysis and methodologies are and always have been credible and accurate, even if his credibility as a witness has been damaged.

“Defendants argue that ‘it is unfair and prejudicial to halt the class certification proceedings as they are finally concluding,’ and that plaintiffs’ proposal ‘rewards plaintiffs for Dr. Rausser’s lack of objectivity and honesty.’ Although the Court is sensitive to the considerable time, effort, and money already spent by both parties in this litigation, the delay now requested by the plaintiffs is reasonable in light of the seven-year-long history of this case and the stakes involved. Furthermore, the plaintiff class should not be disadvantaged by denying it a supplemental expert in the absence of evidence that plaintiffs’ counsel knew or should have known of Dr. Rausser’s conduct, or that plaintiffs’ counsel acted in bad faith or did not respond diligently. The prejudice suffered by the defendants is outweighed by the far greater prejudice the plaintiffs would suffer if leave were denied.

“Although the Court remains deeply concerned about the potential for Dr. Rausser’s credibility to be a distraction from the ultimate issue of whether the class should be certified, the Court will not set aside all prior briefing and expert reports in this case. The Court has been persuaded by the defendants’ arguments that starting over would be extremely prejudicial to the defendants, particularly given the considerable length and cost of the class certification proceedings to date.

“Have you ever watched daytime TV and seen commercials for firms that ‘buy’ your structured settlement? Say you are in an automobile accident and expect to recover a large sum from a lawsuit, but the settlement is structured so you receive, say, only $5,000 annually for 20 years. Firms exist that ‘buy’ the settlement from you at a discounted rate. They pay you the full amount you will receive, less what they calculate as the value of that settlement over its life (calculating the impact of inflation going forward and the interest they would need by paying you money they cannot recover for a long time). Think of it as a loan to you, with the collateral being the entirety of your structured settlement. They will make money by giving you a sum today that is much less than the total of the sum over time. They then collect that sum over time, but the lower amount they gave you allows them to turn a profit over time.

“Such firms, like Cascade, buy corporate lawsuit recoveries in exchange for what they will receive when the case settles, which could be years into the future.

Editor’s comment: It’s also for conspiracy theorists who happen to be railroad customers.