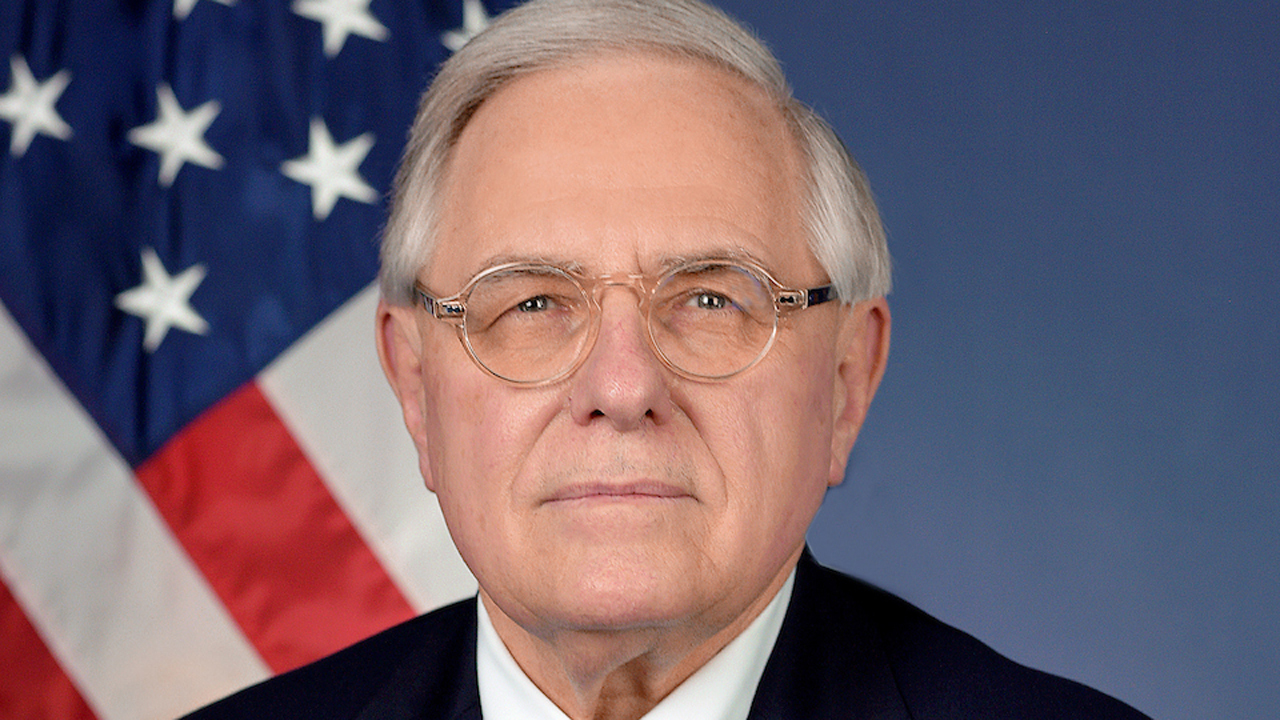 WATCHING WASHINGTON, RAILWAY AGE NOVEMBER 2019 ISSUE: At the Federal Railroad Administration (FRA), where challenges are voluminous and time is short because the nation’s top rail safety cop serves at the pleasure of the White House occupant, Administrator Ronald L. (Ron) Batory is pedaling furiously to accomplish priorities—cardinal of which is assuring demonstrable facts overwhelm opinion.

Batory’s objectives include unleashing the competitive creativity of railroads and their research and development and equipment suppliers in search of improved and lower-cost safety performance standards. “Technology moves faster than the ink can be applied on regulations,” Batory says in support of the dynamic efficiency of free markets “best able to embrace fact-based alternatives toward reducing risk and enhancing safety.” A market-based approach involving all stakeholders is, says Batory, a quantum advance over one-size-fits-all prescriptive standards.

Where the law intersects with expert-agency interpretation, Batory seeks an equally fact-based, collegially crafted and undeviating FRA voice. From career experience as a rail operating officer, he knows that FRA’s statutorily mandated eight separate regions—through which track networks crisscross—can be played against one another by railroads forum-shopping for favorable regulatory clarification.

Toward this goal, Batory says FRA is filling attrition-created vacancies with professional engineers possessing diverse skill sets and experience to assure a knowledge base that “complements rather than replicates. We are changing the perception that we are ticket writers, and challenging ourselves that what we do are good quality, warranted inspections.”

An obvious priority is superintending implementation of statutorily required Positive Train Control (PTC). While serving as an FRA “special adviser” prior to his Senate confirmation, Batory recalls FRA having “lots of statistics relating to PTC, but no plan as to its leadership role.” Among essentials of the plan that he worked with senior staff to develop is “keeping Congress apprised,” which includes explaining PTC’s technological complexities, such as interoperability, to lawmakers—some of whom lack even email skills.

With a Dec. 31, 2020, statutory deadline for full implementation of PTC over 58,000 route-miles on 42 railroads, more than 50,000 miles are now equipped. “Informally, we measure progress weekly; formally every quarter; and we regularly meet with rail management and vendors,” Batory says. Should a railroad neglect to document progress, or fail to implement PTC as required, Batory promises FRA will impose fines and even dictate operational changes as permitted by law.

While operating-craft unions protest FRA’s decision to exercise federal pre-emption authority invalidating union-motivated state laws mandating minimum train crew size, Batory is adamant that crew-consist be settled through collective bargaining. “Nobody knows how to do the job better than those who do it,” Batory says.

It is patently absurd, however, to assume this FRA Administrator is biased against labor or in favor of management, notwithstanding he was CEO of Conrail Shared Assets and Belt Railway of Chicago. Batory’s father, Lou, was a career member and elected officer of a Transportation Communications International Union predecessor—and the proud son doesn’t hesitate to acknowledge the role of collective bargaining in providing the Batory family a solid middle-class lifestyle that allowed him to earn undergraduate and graduate degrees.

In fact, as reported by Railway Age in April 2005, United Transportation Union (now SMART-TD) President Paul Thompson greeted then-Conrail Shared Assets CEO Batory, saying, “You could put us [unions] out of business. When a railroad president says, ‘If it’s wrong, we’ll fix it,’ there isn’t too much need for a union.” Batory responded, “Good union officers help ensure efficient operations.”

Notable is that the 69-year-old Batory is but the second of 17 FRA Administrators since the agency’s 1967 creation to possess extensive—almost half a century—rail operations and safety experience. The agency’s second administrator, Reginald N. Whitman (1969-1970), held senior operating posts on Alaska Railroad and BNSF predecessor Great Northern.

“My door is always open. Come see me,” says Batory, who also has been visiting FRA regional offices to engage in dialogue with his agency’s safety experts. Quarterly, Batory meets with freight, passenger and commuter rail stakeholders, labor officers and suppliers, because “you can’t have too much communication. Communication breeds relationships, while relationships earn trust.”