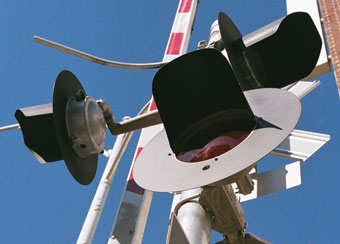 Google has agreed to partner with the Federal Railroad Administration (FRA) on grade crossing safety, the agency announced on June 29, 2015.

Google will use the FRA’s GIS data that pinpoints nearly every rail crossing in the country (approximately 250,000) so the tech giant can add audio-visual alerts of an upcoming rail crossing when a driver uses the turn-by-turn navigation feature. FRA Acting Administrator Sarah Feinberg has also asked four other major companies that develop map applications—Apple, MapQuest, Garmin and Tom Tom—to partner with the agency.

The FRA says that last year approximately 270 people died in highway-rail collisions, compared to 232 in 2013—up 16.4%. 94% of accidents at rail crossings are due to driver inattention and error, FRA adds.

When Feinberg came on board in January, a spate of rail crossing deaths and accidents occurred, “so she decided to take a fresh look at the problem and followed up swiftly with action,” FRA said. “Feinberg focused more resources toward rail crossing safety to raise awareness, increase enforcement and invest in smarter engineering. Working with these tech companies is part of the smarter engineering effort to help educate drivers. Feinberg is also leveraging her experience as a former Facebook executive and her relationships in Silicon Valley to bring one of the nation’s newest industries together with government to solve one of the nation’s oldest problems and to prevent, and ultimately end, deaths and accidents at rail crossings.”

The Association of American Railroads (AAR) applauded the grade crossing safety partnership between the FRA and Google.

“The grade crossing collision rate has fallen nearly every year since 1980 and about 35% since 2000, but too many collisions still occur and virtually all of them are preventable,” said AAR President and CEO Edward R. Hamberger. “The FRA’s work with Google will provide a technological tool for motorists to build further safety awareness at crossings. The freight rail industry supports any and all efforts designed to focus people’s attention on the inherent dangers around grade crossings.”

“As FRA statistics show, freight rail safety has been improving dramatically over the past several decades and together with Operation Lifesaver (OLI) and other key stakeholders, the push for improved safety and general awareness about the dangers at railroad tracks and grade crossings will continue on a 24/7 basis,” said Hamberger.

Hamberger pointed to the “See Tracks? Think Train” campaign involving AAR, OLI, FRA and the Federal Transit Administration, which is aimed at getting drivers and pedestrians to think twice before taking dangerous risks around railroad tracks. “Freight railroads spend hundreds of millions of dollars each year to maintain and improve grade crossings,” said Hamberger. “And the AAR has long supported the federal Section 130 program, which provides funds to state governments for grade crossing safety enhancements such as installing new active warning devices, upgrading existing devices and improving grade crossing surfaces.”

“Section 130 funding has contributed to the prevention of tens of thousands of injuries and fatalities. Continued dedicated funding of this important program will mean more injuries averted and more lives saved,” Hamberger added. 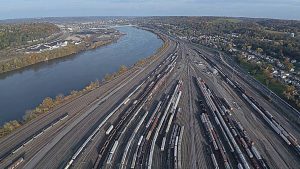 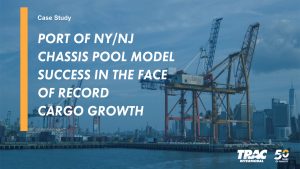