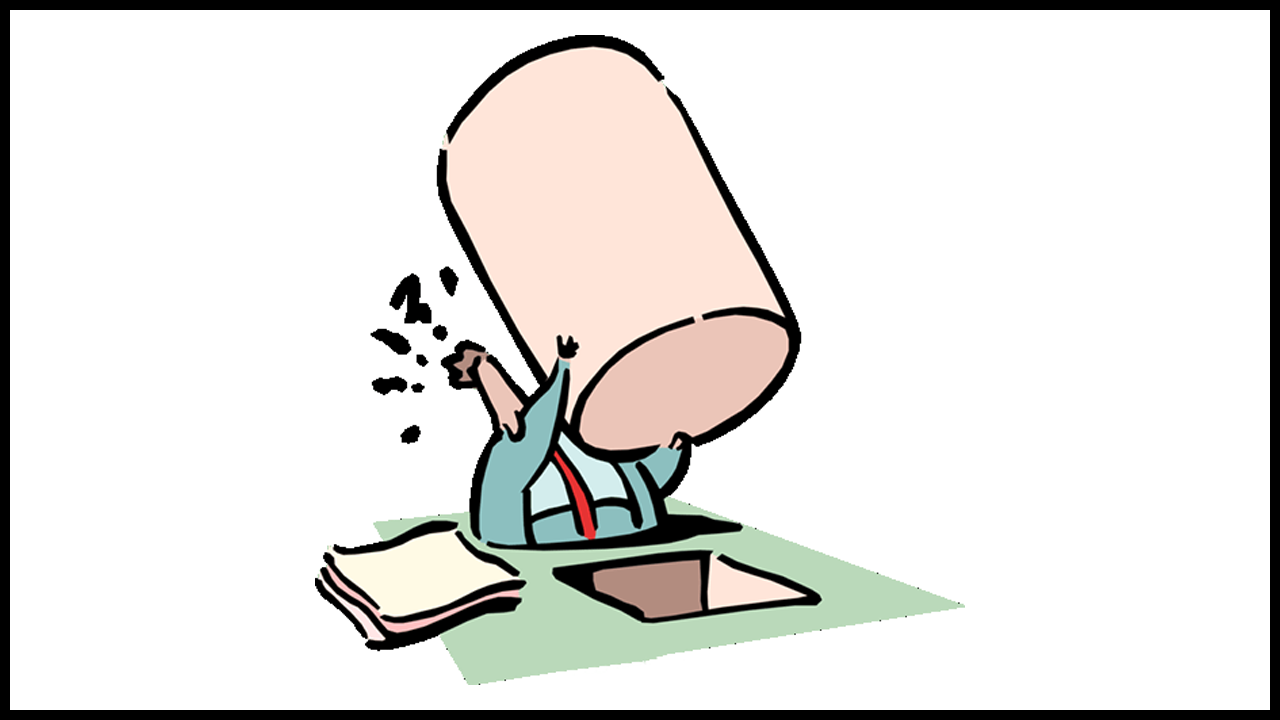 Frank Wilner’s excellent article in the September 2019 issue of Railway Age, “STB Moves to Rehab Antique URCS,” brought back many memories of my direct involvement in its development. To this day, I often spell the acronym for the Uniform Rail Costing System, URCS, backwards—SCRU—as many “experts” developing rail costs with it can produce these results!

At one time in the late ’70s, I was one of the country’s few consultants that had conquered the intricacies of Rail Form A costing. I learned a lot from perhaps two of the best masters at the time, consultant Marion Hall and the ICC’s Walter Vliet.

At that time, many shippers increasingly felt that costing rail movements with Rail Form A unit costs and unit averages was out of date. With the advent of modern computers, shippers felt that a new, more up-to-date formula for converting accounting costs into unit costs was overdue, and that statistical analyses could develop more appropriate and accurate ratios to separate variable from fixed costs.

In practice, all the Rail Form A formula did was convert the regulatory Uniform System of Accounts (reported in annual ICC Rail Form R reports) into unit costs, such a Road Fuel $/GTM (Gross Ton-Mile) and Road Fuel $/LUM (Locomotive Unit-Mile), etc. Some accounting costs were considered 100% variable, some 100% fixed, and most were divided into fixed and variable portions before being converted into unit costs. The ratio dividing each account between fixed and variable was a static percentage based on “ancient” studies dating as far back as 1917. Since fixed costs, by definition do not vary with operating statistics in the short run, these costs were converted into unit costs using “fair and reasonable” operating statistics.

As a senior manager with the former Peat, Marwick Mitchell & Co. (PMM&Co.), I was selected, in 1978, to be the project manager for the development of a new ICC regulatory costing system. Haskins & Sells (H&S) was selected to develop a new regulatory accounting system, which was to be used as inputs to the new costing system.

There were problems from the very beginning of the project. First, with no background or experience in rail costing, H&S focused on developing a new financial accounting system, whereas PMM&Co. needed—indeed had to have—functional accounts in order to design a new/“improved” costing system. The existing Rail Form R accounts represented functional reporting of expenses, such as Enginemen Wages—Road; Enginemen Wages—Yard; Locomotive Fuel—Road; Locomotive Fuel—Yard; etc. H&S originally propose a more generic system that did not separate categories such as road, yard, etc.

Computer power back in the late ’70s was more than adequate and not a design constraint, as statistical determinations were separate from costing procedures. (Admittedly, computer time was much costlier and time consuming.)

The railroad Cost Accounting Organization (CAO), organized by the AAR, wanted only to make meaningful changes/modifications to the existing regulatory accounting system (Rail Form R reports) and Rail Form A formulas for developing units costs. It opposed H&S’s proposed financial accounting system and the need for totally new costing formulas. The ICC insisted that new systems be developed for both. As project manager I was stuck in the middle of the two opposing factions. We finally created a bastardized system that was a financial reporting accounting system that also had elements of functional accounting. It required railroads to apportion expenses from their own accounting systems (which differed greatly among railroads) into what was reported in annual Rail Form R reports.

One railroader told me in exasperation, “If the ICC just wants numbers, we’ll give them numbers. We can always force round pegs into square holes.” To its credit, and at considerable cost to each railroad, I believe the industry did its best to comply.

As Wilner noted, and as the Railroad Accounting Principles Board reported in 1987, URCS “is a cost allocation scheme that has no economic foundation …” Today, not a single railroad uses URCS for internal costing purposes. The URCS Phase 3 costing program has a face of usefulness, but practitioners know it isn’t worth a damn. It is still possible, however, to substitute specific study costs for URCS-based costs, but the exercise is much more complex, and the STB strongly, if not absolutely, prefers the use of URCS based costs—its Phase 3 costing program—in regulatory rate proceedings

As every railroad economist and costing “expert” knows, it is impossible to accurately calculate complete variable costs of a movement, let alone the full cost that should be considered in ratemaking. About half of railroad operating costs are common costs (shared by two or more types of movements, such as signal and track maintenance), unrelated to traffic (such as snow removal), joint costs (such as switching multiple industries by a local), or fixed costs (such as the president’s salary, debt service, etc.).

I often felt that using a statistical approach to costing is akin to making a silk purse out of a sow’s ear. When I worked on developing URCS, the argument was made that, with so many railroads, a statistical approach would yield a more accurate percentage of variable costs. Perhaps globally this is true, but as you drill down to various expense accounts, the confidence level drops.

Then, you had the problem of auto correlation, such as road fuel being highly statistically related to road crew wages (almost every bit as accurate as being related to gross ton-miles and locomotive unit-miles). With only seven Class I railroads, all with significantly different types of geography, climate and traffic east and west of the Mississippi, any statistical approach to determine variability by individual account is increasingly suspect. Many elements of track maintenance, for example have variable and non-variable components, such as time, types of traffic (unit train, general freight, intermodal), average car weight, average train speeds, climate, topography, and even soil conditions, etc. When I worked with the Ph.D. statisticians the ICC had hired, many attempts at determining statistical relationships yielded low correlation (R squared) values, meaning that there were other undefined or arbitrary factors affecting costs (deferring maintenance, for example).

I had many disagreements with the ICC on how to improve costing. I took the simplistic view of asking shippers and railroads what the defects were in Rail Form A costing, which had been the standard for more than 40 years, and doing our best to fix or improve upon them (such as maintenance costs by car type). It also had to be simple enough that people could work with it and understand it. If you couldn’t develop statistically valid and supportable costs, many felt it was best to use a fair and equitable costing basis that simply made best use of reported expenses and sensible factors to apportion and convert them into unit costs. These unit costs could be used where directly attributable costs could not be easily determined.

One of my proudest moments as the project manager developing URCS was being fired as project manager. I was relieved of being associated with its development, as I predicted it was going to crash with the sheer weight of its complexity and unbelievability. After eleven years of wrestling with the methodology before URCS was implemented in 1989, it still relies on many of the formulas and assumptions used in the old Rail Form A.

The original development of URCS and the new regulatory accounting system cost well-north of $1 million in 1978-79 (close to $4 million today). I hope I am wrong, but I believe spending another $2 million on an “improved” URCS system isn’t going to produce a better wheel.

Rail costing remains an art as much as a science, if not more so. Railroads are so much more profitable today because pricing is based more on what the market will bear and what works competitively. Railroads treat costing as a tool only to ensure that they are not making a mistake taking on the traffic and that they are operating more efficiently.

I do agree that captive shippers can be at a pricing disadvantage, like consumers that cannot purchase generic medicines for products that enjoy patent protection. I believe that resolving captive-shipper issues is less of a costing issue than one of comparative fairness or reasonableness.

Stand-alone costing is an ivory-tower fabrication of uselessness. Even using revenue to variable cost ratios as a means to define a captive shipper is a poor choice, as determining variable costs cannot be defined “beyond a reasonable doubt,” let alone “reasonably accurate” (regulatory accounting garbage in, costing garbage out). To me, a captive shipper is someone who does not have a reasonable (there’s that word again) or competitive shipping alternative and is paying an excessive above-market rate for service. I’m leaving it to others to define “reasonable alternative.”

With 45 years of professional consulting experience in rail operations, economics and costing, Robert H. Leilich is a recognized expert in these areas. Early in his career, he also was a qualified locomotive engineer and conductor, with six years of direct railroad operating experience with the former Southern and Santa Fe Railways. Leilich had 10 years of professional consulting experience with A.T. Kearney & Co., and the former Peat Marwick Mitchell & Co. (now KPMG). He was the Founder and President of Corporate Strategies, Inc., (acquired by a subsidiary of CN). He also founded TrainMaster, Inc. to develop locomotive and train simulation software (acquired by P.I. Engineering, Inc.). Leilich received a B.S. in Mechanical Engineering and an M.S. in Industrial Management from Purdue University. He also did post-graduate studies in Transportation Economics at Yale University and Interstate Commerce Law at the Chicago School of Advanced Traffic. He is a registered Surface Transportation Board practitioner. His present and former professional associations include the American Society of Mechanical Engineers, Transportation Research Forum, Transportation Research Board, and Institute for Operations Research and the Management Sciences. Leilich is now retired, living in The Woodlands, Tex., with his wife of 57 years. They have two children and three grandchildren.