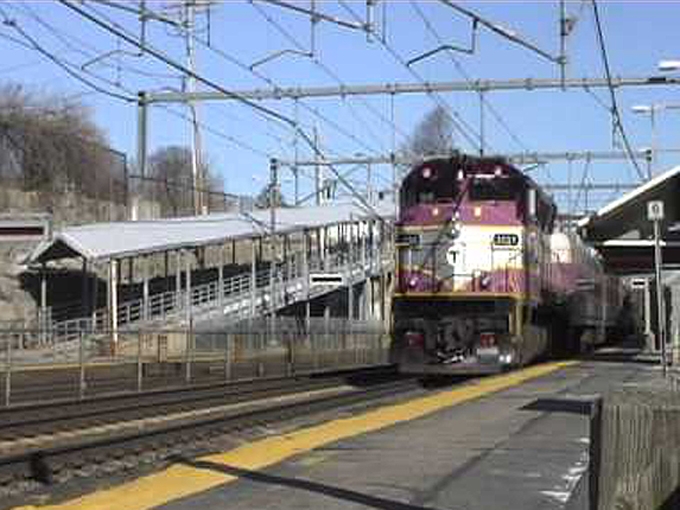 The Massachusetts Bay Transportation Authority is suing Amtrak in U.S. District Court for the District of Massachusetts after the two companies failed to reach agreement on new, vastly increased access fees for MBTA commuter trains operating between Attleboro, Mass., at the Rhode Island border, and Providence, R.I., on the Northeast Corridor.

According to reports published by the Boston Herald and Politico, the Capitol Hill-based newsletter, the MBTA is asking a federal judge to throw out a claim that it owes Amtrak $28.8 million in annual fees. Amtrak, MBTA’s 26-page court filing says, is “claiming that it is both permitted and required … under a pair of federal statutes … [to] demand that MBTA pay it tens of millions of dollars each year for the very services that Amtrak is already obligated by the Attleboro Line Agreement to provide MBTA without charge.”

The existing Attleboro Line Agreement was struck by MBTA and Amtrak in 2003, when Amtrak ceased operating MBTA trains under contract and MBCR (Massachusetts Bay Commuter Railroad) took over. Keolis has been MBTA’s contract operator since July 2014. In  exchange for allowing Amtrak to operate its intercity trains on the state-owned portion of the NEC between Attleboro and Boston’s South Station, Amtrak maintains portions of the right-of-way and  provides access for MBTA trains operating between Attleboro and Providence, R.I.

According to the MBTA, Amtrak has cited language in the new FAST (Fixing America’s Surface Transportation) Act and PRIIA (Passenger Rail Investment and Improvement Act of 2008) that established a commission tasked with developing cost-sharing policies used to replace existing contracts between Amtrak and state commuter rail agencies. Amtrak reportedly has threatened to go to the Surface Transportation Board if the MBTA doesn’t fork over the near-$30 million.

The commission, the Northeast Corridor Infrastructure Operations and Advisory Commission, is named in MBTA’s suit along with Amtrak.

The MBTA argues that “federal law that Amtrak is invoking … is unconstitutional … Congress cannot by statute relieve federal agencies, such as Amtrak, from their contractual obligations without putting those agencies into breach of contract.” The MBTA is asking for declaratory judgments saying that the new cost-sharing policy violates the U.S. Constitution, and that Amtrak is in breach of contract with the MBTA.

According to the lawsuit, under FAST and PRIIA, Amtrak saves $56 million a year on the Northeast Corridor, while requiring Massachusetts (MBTA) to pay $28.8 million, New Jersey (NJ Transit) to pay $90 million, Pennsylvania (SEPTA) to pay $14 million and Maryland (MARC) pay $1 million.