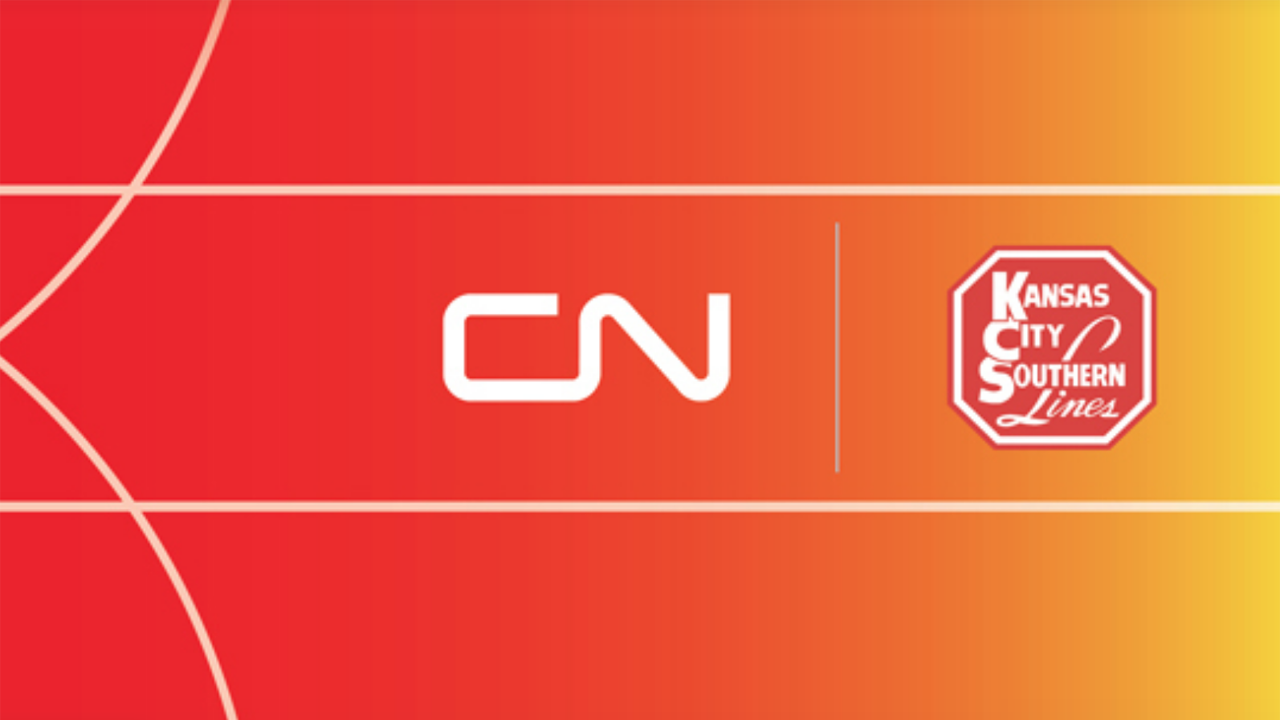 CN and Kansas City Southern (KCS) have reported receiving an additional 100 letters in support of their proposed merger, bringing the total to more than 1,500.

The Class I railroads filed the letters—including those from Rep. Jerry Carl (R-Ala.), the Jerseyville (Ill.) Economic Development Council, and the Port of Gulfport (Miss.)—with the Surface Transportation Board (STB) on June 17. (Download the letter filing on the STB site.)

Of the new letters, 90 back CN’s and KCS’s request that the STB approve their voting trust agreement, the railroads said. STB’s official public comment period on that agreement is open until June 28.

At the STB’s direction, CN and KCS recently submitted additional financial documents that will help the agency decide whether or not to permit the voting trust agreement.

CN and KCS noted in their June 17 filing that the “plain vanilla voting trust, which is identical to the CP trust approved for use by the STB, is an integral component of the CN-KCS combination. It prevents premature control of KCS, allows KCS to maintain independence, and protects KCS’ financial health during the STB’s review of the ultimate combination of CN and KCS. It also enables KCS shareholders to realize the full value of their shares without the delay related to this review. Additionally, CN has committed to divesting the sole area of overlap between the CN and KCS networks—KCS’ 70-mile line between New Orleans and Baton Rouge—thereby making the combination a true end-to-end transaction, and has agreed to preserve existing route options by keeping gateways open on commercially reasonable terms.”

The letter from Rep. Carl underscored this. He wrote, in part:

“Prior to serving in Congress, I worked with Canadian National in my capacity as a Mobile County Commissioner. I appreciated their responsiveness and openness to the needs of residents, and my strong relationship with Canadian National has continued in my new capacity as Congressman for the First District of Alabama. For many years, Canadian National has been an integral part of the Port of Mobile’s operations. Their railroad safely and reliably connects Alabama’s industries to markets around the world. The Port supports over 150,000 jobs and generates a $25.4 billion economic impact throughout the state, and I am grateful for Canadian National and Kansas City Southern’s consistent investment in the Port and their roles in the Port’s continued success.

CN and KCS concluded their June 17 filing by saying they “will continue to engage with industry stakeholders about the proposed CN-KCS combination and the tremendous public interest benefits it will bring by creating the premier railway for the 21st century with a single network across Canada, the United States, and Mexico.”

In related developments, CP, KCS’s rival merger partner, announced June 15 that SMART-Transportation Division (SMART-TD) has “urged” the STB to reject CN’s proposed use of a voting trust, noting that the union joins 130-plus shippers, communities, labor organizations and other stakeholders who have “already communicated opposition to CN’s voting trust proposal directly to the STB.”