The first enforcement actions against North Dakota tank car loaders for misclassifying Bakken crude oil were announced Feb. 4 by the U.S. Department of Transportation. The notices of violation and attendant fines totaling $93,000 were issued against Hess Corp., Whiting Oil and Gas Corp., and Marathon Oil Co.

The civil-penalty tickets result from “Operation Classification” (alliteratively known as the “Bakken Blitz”) in which inspectors for the department’s Pipeline and Hazardous Materials Safety Administration (PHMSA) conducted unannounced inspections of crude loading facilities in the state, following the catastrophic July 5, 2013 oil train explosion at Lac-Mégantic, Quebec.

“Beginning in August to Nov. 1, 2013, PHMSA inspectors tested samples from various points along the crude oil transportation chain: from cargo tanks that deliver crude oil to rail loading facilities, from storage tanks at the facilities, and from the pipeline connecting the storage tank to the railcar that would move the crude across the country,” said DOT. “Based on the test results, 11 of the 18 samples taken from cargo tanks delivering crude oil to the rail loading facilities were not assigned to the correct Packing Group.”

Canadian Transportation Safety Board investigators had previously declared that the contents of the train that exploded in Lac-Mégantic were incorrectly classified as Packing Group III instead of its actual Packing Group II. No charges or tickets have been assessed in the Lac-Mégantic case as the criminal investigation continues.

Accurate classification, said DOT, is essential to safe shipment and handling: “Shipping crude oil—or any hazardous material—without proper testing and classification could result in material being shipped in containers that are not designed to safely store it, or could lead first responders to follow the wrong protocol when responding to a spill.”

The DOT enforcement action closely follows a U.S. bankruptcy court action by the trustee for the former Montreal Maine & Atlantic Railway, which operated the Lac- Mégantic train. Had the cargo been properly classified, argues the suit against the oil broker, transloader, and tank car provider, the railroad would have handled the train in such a way that the runaway derailment would not have occurred.

“The shipping documents provided by Defendants identified the train’s entire cargo of crude oil as a Class 3 flammable liquid having a high flash point—the temperature at which organic material gives off sufficient vapors to ignite—and, hence, a low danger,” states the action filed Jan. 30 in the Maine division of the federal bankruptcy court. “These representations were false. On the contrary, tests conducted after the derailment have confirmed that the crude oil had a dangerously low flash point and was highly volatile.”

The suit claims MM&A protocols would have treated the train differently had dispatchers and crews been aware that the crude was explosive, instead of merely flammable. Specifically, MM&A would have ensured that “the train never be left unattended, always be parked on a blocked side track, and never be parked on a main track.”

Defendants in the MM&A suit include World Fuel Services, Western Petroleum Co. and Petroleum Transport Solutions, which among themselves owned the crude, loaded it, and provided the ill-fated string of 72 DOT-111 tank cars. MM&A is seeking damages in “an amount to be determined at trial.”

The separate DOT ticketing of North Dakota transloaders presages an expansion of Operation Classification to test for more than just flash point.

“As a result of today’s findings, PHMSA has expanded the scope of Operation Classification to include testing for other factors that affect proper characterization and classification, such as Reid Vapor Pressure, corrosivity, hydrogen sulfide content, and composition/concentration of the entrained gases in the material.”

Because of the silence of written hazmat law and regulations with respect to required testing procedures, there is much confusion in the oil field concerning the scope and frequency of testing required before crude may be loaded into tank cars. By expanding its enforcement initiative to include vapor pressure, corrosivity, and gas content, the U.S. regulator is prescribing classification factors that may not be precisely specified in law or regulation. 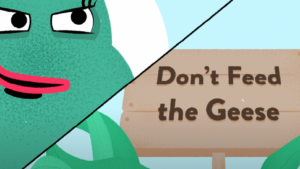