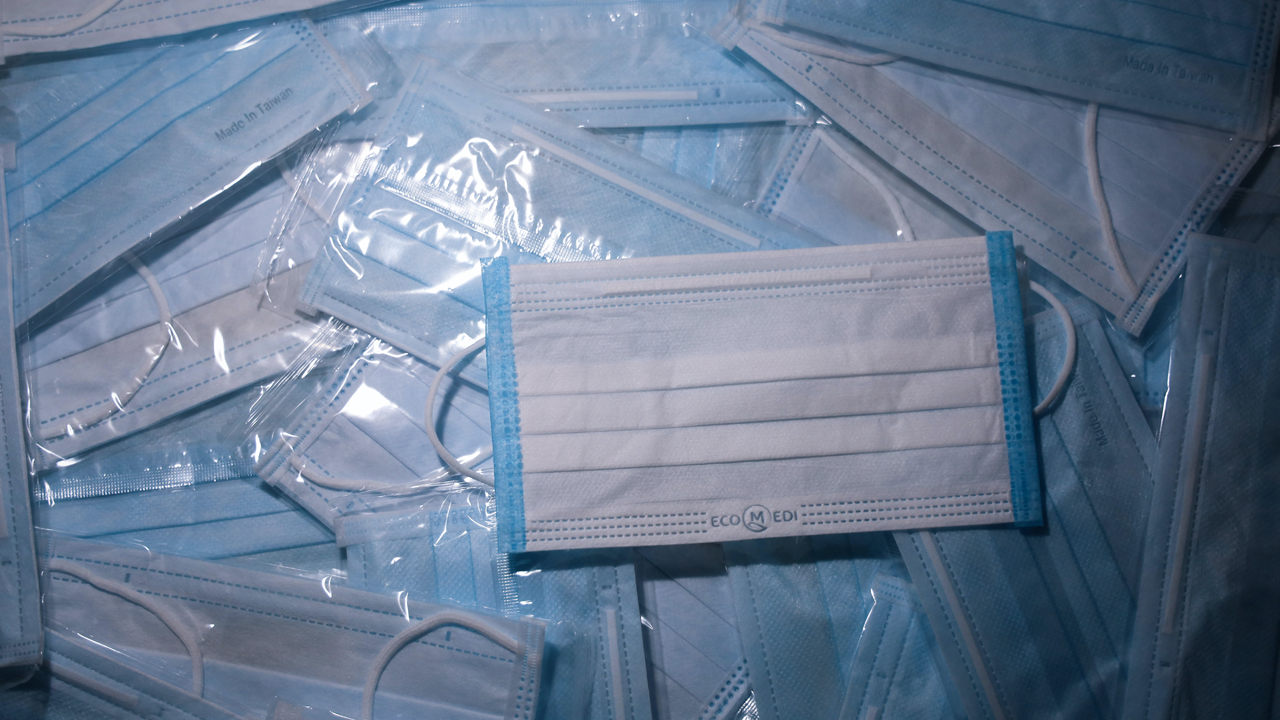 A Florida judge on April 18 struck down a federal mandate requiring mask use on public transportation and at transportation hubs. While railroads were deciding whether to keep the mandate in place until May 3 or make mask-wearing optional, the Department of Justice (DOJ) on April 20 filed an appeal. The American Public Transportation Association (APTA) is weighing in.

At the Centers for Disease Control’s (CDC) recommendation, the Transportation Security Administration (TSA) on April 13 extended the requirement for mask use for 15 days through May 3 to help prevent the spread of COVID-19. But due to the court ruling, TSA released a statement on April 18 that “effective immediately,” the agency would no longer enforce it; TSA noted that “CDC continues to recommend that people wear masks in indoor public transportation settings at this time.”

Late on April 19, the U.S. Department of Justice released a statement saying that it (the Department) and the CDC “disagree with the district court’s decision and will appeal, subject to CDC’s conclusion that the order remains necessary for public health. The Department continues to believe that the order requiring masking in the transportation corridor is a valid exercise of the authority Congress has given CDC to protect the public health. That is an important authority the Department will continue to work to preserve.

“On April 13, 2022, before the district court’s decision, CDC explained that the order would remain in effect while it assessed current public health conditions, and that the Transportation Security Administration would extend its directive implementing the order until May 3 to facilitate CDC’s assessment.

“If CDC concludes that a mandatory order remains necessary for the public’s health after that assessment, the Department of Justice will appeal the district court’s decision.”

CDC on April 20 reported that it had asked DOJ to proceed with an appeal of the court ruling, as it “is CDC’s continuing assessment that at this time an order requiring masking in the indoor transportation corridor remains necessary for the public health. … CDC continues to recommend that people wear masks in all indoor public transportation settings. CDC’s number one priority is protecting the public health of our nation. As we have said before, wearing masks is most beneficial in crowded or poorly ventilated locations, such as the transportation corridor. When people wear a well-fitting mask or respirator over their nose and mouth in indoor travel or public transportation settings, they protect themselves, and those around them, including those who are immunocompromised or not yet vaccine-eligible, and help keep travel and public transportation safer for everyone.”

In light of the CDC’s assessment the DOJ has filed a notice of appeal, DOJ spokesman Anthony Coley wrote in an April 20 Twitter post.

What, if anything, should transportation companies do now? According to a New York Times report on April 21: “The legal moves do not change the status of the mask mandate, which cannot be reinstated unless the administration wins a stay of the Federal District Court’s order, and there was little immediate sign that airlines [for example] would reintroduce their own. Legal experts said that it was likely that the administration would ask for a stay, and that if it does, the court could decide whether to grant it within days.”

APTA on April 20 released a statement regarding the lifting of the mask mandate, saying that it “appreciates the Administration’s leadership and support of public transportation during the pandemic and recognizes its interest in protecting the Centers for Disease Control and Prevention’s public health legal authorities. However, reimposing a federal mask mandate would cause considerable confusion among riders and increase the growing enforcement challenges faced by public transit agencies today. At this point, local directives should drive these decisions, with public transit agencies acting in the best interests of their riders and frontline workers.”

Meanwhile, the Los Angeles County Metropolitan Transportation Authority, after deciding earlier this week to make mask-wearing optional due to the court ruling, reinstated the mandate on April 22—this time in compliance with a “new L.A. County Department of Public Health (LACDPH) Order requiring masks to be worn while riding public transit and when in indoor stations within L.A. County effective at 12:01 am, Friday, April 22, 2022. The LACDPH has determined that the mask requirement remains necessary to help ensure public health. … Metro [LACMTA] will adhere to the new LACDPH executive order, as it has with all the County’s previous COVID-19 directives, which are intended to protect the health of employees and the traveling public. This order aligns with the most recent guidance issued by the CDC. All transit riders using Metro Buses, trains and indoor stations will again be required to wear a face mask. The County’s new requirement will be reassessed when COVID-19 community transmission is moderate or when the CDC determines required masking on public transit is no longer needed or in 30 days, whichever occurs first.”

Additionally, the Federal Railroad Administration (FRA) on April 19 reported that it is no longer enforcing the Emergency Order that required employees involved in freight and passenger rail operation under its safety jurisdiction to wear face masks (see “FRA Emergency Order” below).

Based on President Biden’s Executive Order 13998, TSA on Feb. 2, 2021 began requiring that travelers wear face masks in airports and bus and rail stations, as well as on passenger aircraft, public transportation, passenger railroads, and over-the-road buses operating on scheduled fixed-routes; it has extended the end-date of that requirement a few times since. TSA’s action also supported the CDC’s Jan. 29, 2021 Emergency Order requiring that individuals wear masks on conveyances (“aircraft, train, road vehicle [including ridershares], vessel … or other means of transport, including military transport”) and at stations, ports or similar transportation hubs (“airport, bus terminal, marina, seaport, or other port, subway station, terminal, train station, U.S. port of entry, or any other location that provides transportation”).

To support implementation, the U.S. Department of Transportation (USDOT) compiled and has updated FAQs for operators, broken down by department—such as the Federal Transit Administration (FTA) and the FRA—to provide guidance. Additionally, the FRA published an Emergency Order requiring employees involved in freight and passenger rail operation under the agency’s safety jurisdiction to wear face masks as of March 1, 2021. (As of April 19, that FRA order is no longer being enforced; see “FRA Emergency Order” below.) And the FTA on Feb. 9, 2021 released an amendment to its Master Agreement to incorporate the requirements of the CDC mask order plus enforcement actions FTA may take for non-compliance; the agreement contains the standard terms and conditions that apply to every grant, cooperative agreement and loan authorized by federal public transportation law or administered by FTA.

Wyoming-based Health Freedom Defense Fund in July 2021 filed a lawsuit challenging the legality of the CDC mandate, according to a New York Times report. Kathryn Kimball Mizelle, a U.S. District Court Judge in Florida, issued a decision on April 18, 2022, declaring the mandate “unlawful” (download 59-page decision below). While she noted that it is “indisputable that the public has a strong interest in combating the spread” of COVID-19, the “[m]andate exceeded the CDC’s statutory authority. … Because our system does not permit agencies to act unlawfully even in the pursuit of desirable ends … the Court declares unlawful and vacates the [m]ask [m]andate.”

The New York Times quoted the Health Freedom Defense Fund as saying the decision was “‘victory for basic American liberty and the rule of law. …’”

White House Press Secretary Jen Pasaki told the media on April 18 that the decision was “disappointing,” given the CDC’s recommendation to extend the mask mandate “for additional time—two weeks—to be able to assess the latest science in keeping with its responsibility to protect the American people.” She noted that “the Department of Justice would make any determinations about litigation.”

Amtrak is among the railroads no longer requiring masks. In a April 18 statement, it said: “While Amtrak passengers and employees are no longer required to wear masks while on board trains or in stations, masks are welcome and remain an important preventive measure against COVID-19. Anyone needing or choosing to wear one is encouraged to do so.”

Metrolink posted on Twitter: “TSA officials have rescinded the mask requirement on public transportation and at transportation hubs. As a result, masks are no longer required aboard Metrolink trains and at Metrolink stations. The CDC still recommends masks in indoor settings.”

SEPTA announced on its website: “Effective immediately, in accordance with CDC and TSA recommendations, the wearing of masks aboard SEPTA vehicles and in SEPTA stations and concourses is recommended but no longer required of customers or employees.”

“Our mask mandate has been based on federal guidance,” WMATA General Manager and CEO Paul J. Wiedefeld said in an April 18 statement. “We will continue to monitor this situation as it unfolds, but masks will be optional on Metro [WMATA] property until further notice.” The agency added that the “change comes as a result of the Transportation Security Administration (TSA) suspending enforcement, while the Biden Administration reviews a federal judge’s ruling. … Metro encourages its customers to make decisions that are in their best interests. Updates will be provided as new information becomes available.”

ABC 7 in New York reported on April 19 that New York Metropolitan Transportation Authority (MTA) would keep its mask mandate in place, however. “The mask requirement on public transit in NY remains in effect for now pursuant to a March 2, 2022 determination by the New York State Department of Health,” MTA Communications Director Tim Minton told the news outlet.

Also on April 19, Caltrain and Bay Area Rapid Transit (BART) announced they are still requiring masks, too, pending review. In a Twitter post, Caltrain reported: “Our mask policy has not changed. Please wear a mask onboard to reduce airborne saliva particulate. Our team will review the latest developments out of Florida. Updates to come.” And BART announced on its website that “BART officials are currently touching base with other transit agencies in the Bay Area and looking to see if there is any movement on the local, state, or federal, level about a mask mandate for transit. BART hasn’t made an official or final determination if a mask mandate will continue on BART. Once we make an official determination, we will communicate it.”

While the Association of American Railroads (AAR) did not have a statement on the recent court ruling, a spokesman told Railway Age on April 19 that freight railroad employees have worn masks “as they were required to under FRA’s Emergency Order No. 32 [effective March 1, 2021] and the relevant DOT guidance under that emergency order.”