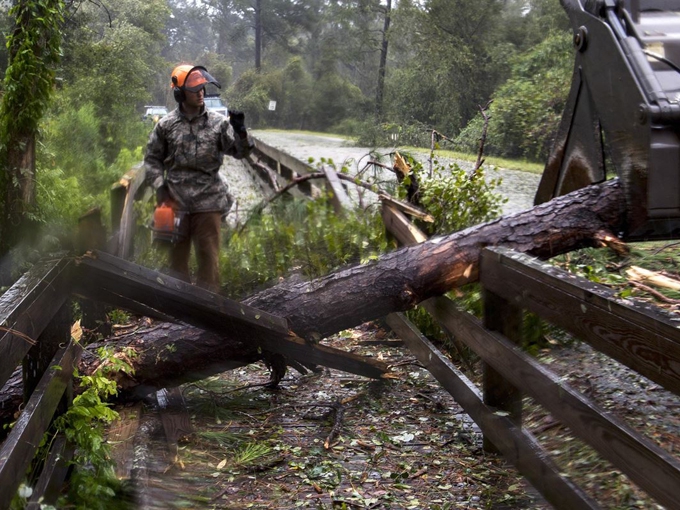 Railroads restarted some services in Florida following Hurricane Irma, and began to assess damage throughout the southeast region.

“Customers should expect delays as crews are working through extensive power outages and fallen trees,” CSX said in a service advisory. “Additionally, CSX operations teams are working to restore Tampa, Fla., overnight and expect to resume service [the night of] Sept. 13. The route from Jacksonville to Orlando is still being evaluated with the repair timetable to be determined. All intermodal traffic destined to Florida East Coast Railway locations (Fort Lauderdale, Fort Pierce, Miami and Port Miami) has resumed acceptance at in-gate.”

The railroad said delays are expected to continue for traffic moving into and out of Florida, Georgia, North Carolina and South Carolina due to power outages.

Norfolk Southern said it is removing trees from the tracks and assessing overall track conditions. “Routes are being restored to service as it is safe to do so, and NS has started to meter in traffic accordingly. Regional flooding and power outages continue to affect the areas impacted by the storm.”

Once service is restored to affected routes, the railroad said, customers should continue to expect delays of 48 to 72 hours for traffic moving through and to all areas that have been impacted by the storm.”

Florida East Coast Railway said interchange traffic with CSX and Norfolk Southern resumed Tuesday, as its maintenance forces and signal teams were assessing damage to its terminals and network.