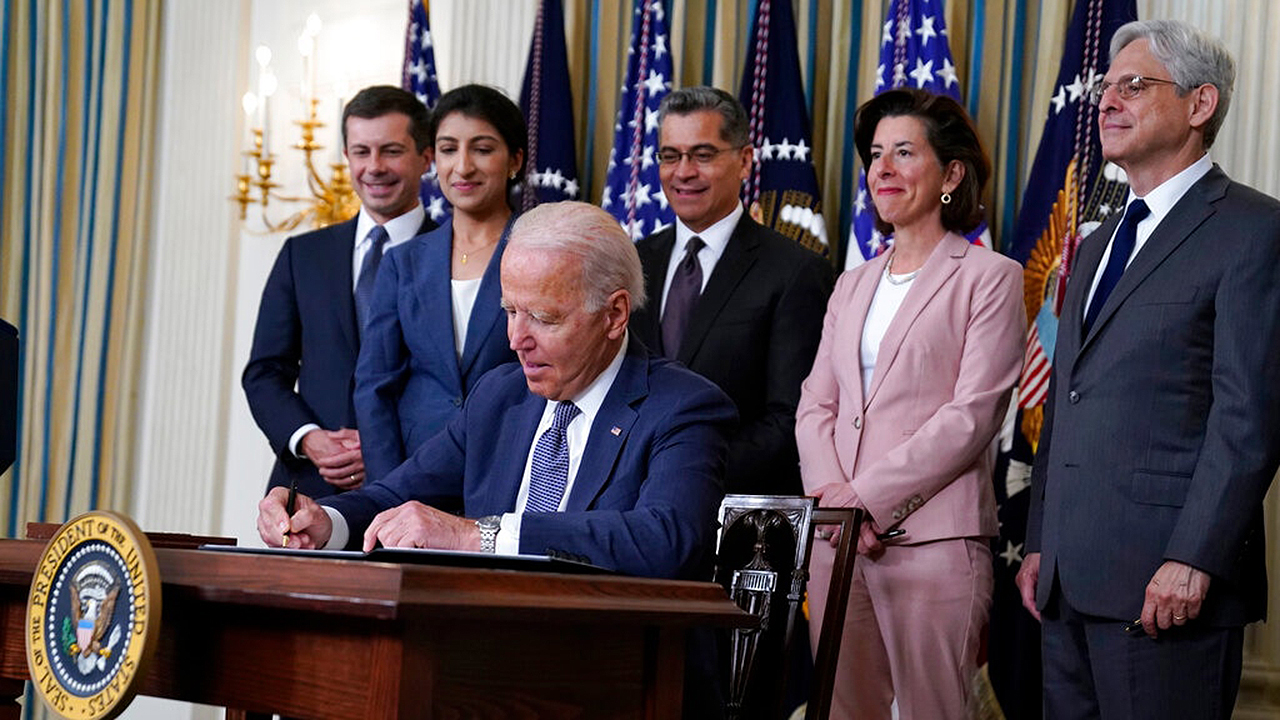 We hosted our second call with a noted transportation attorney to discuss the Executive Order signed by President Biden on July 9. It appears to be much more measured than early reporting initially indicated. The tone surrounding the railroads implied recognized independence of the Surface Transportation Board, and is likely in line with the thinking of the Marty Oberman-led organization. Longer term, we will monitor bottleneck implications.

At a high level, a lot of stress was eased and taken out of the market. The EO appeared to be a “laundry list” of which the Class I’s were merely a part, according to the attorney (and also as reported by Railway Age Editor-in-Chief William C. Vantuono). Based on the tone of the EO, the Biden Administration clearly recognizes the STB’s independence, and refrained from using many forceful words. Much in the EO essentially echos how the Oberman-led STB is feeling, andgives further political wind to the Board’s back.

Reciprocal switching: According to the attorney, this was the most important part of the EO. Shippers are still looking for, as they have for a very long time, rate and service competition on rail segments, not only on end-to-end haul. It is only a matter of time, according to the attorney, before reciprocal switching regulation makes its way into the U.S. rail network. The AAR may be already beginning [yet another] campaign. While there likely won’t be a final decision on reciprocal switching in 2021, the attorney believes there will be a written proposal by the end of the year. Both sides (railroads and shippers) take extreme positions on how, if at all, reciprocal switching should be enacted, although the attorney believes that this should have no material operational impact on railroad financials and should not affect investment decisions by railroads. Longer term, how the STB tackles bottleneck issues could prove important, and will be something we monitor.

Amtrak issues were a clear call-out in the EO, as they were “laid in,” likely written by a different author, based on the differing language and tone. The attorney believes that nothing was overly concerning about Amtrak in the EO, and the text was careful not to use any forceful language. It was a reaffirmation of existing law and a reminder/checklist that the Administration wants to see. According to the attorney, the STB is getting ready to organize an internal team to conduct investigations when Amtrak on-time performance violations are triggered; these occur when end-to-end performance averages below 80% for two consecutive quarters. The STB has already been looking at all connections with Amtrak, and will look very closely at the Baton Rouge to New Orleans route, which Amtrak called out in its comments to the STB on the CN/Kansas City Southern voting trust application. The EO was a friendly reminder that STB should consider this.

Implications for the CN/KCS merger: There is only one line item that refers to rail consolidation. However, there is a tone throughout the document that may have an indirect effect on analysis regarding merger merits and conditions, according to the attorney. We are also monitoring the timing of a new commissioner on the STB that could switch the Board’s political leanings. However, a quick confirmation of the new Board member, Democrat Karen J. Hedlund,  seems unlikely, according to Cowen’s Washington Research Group.