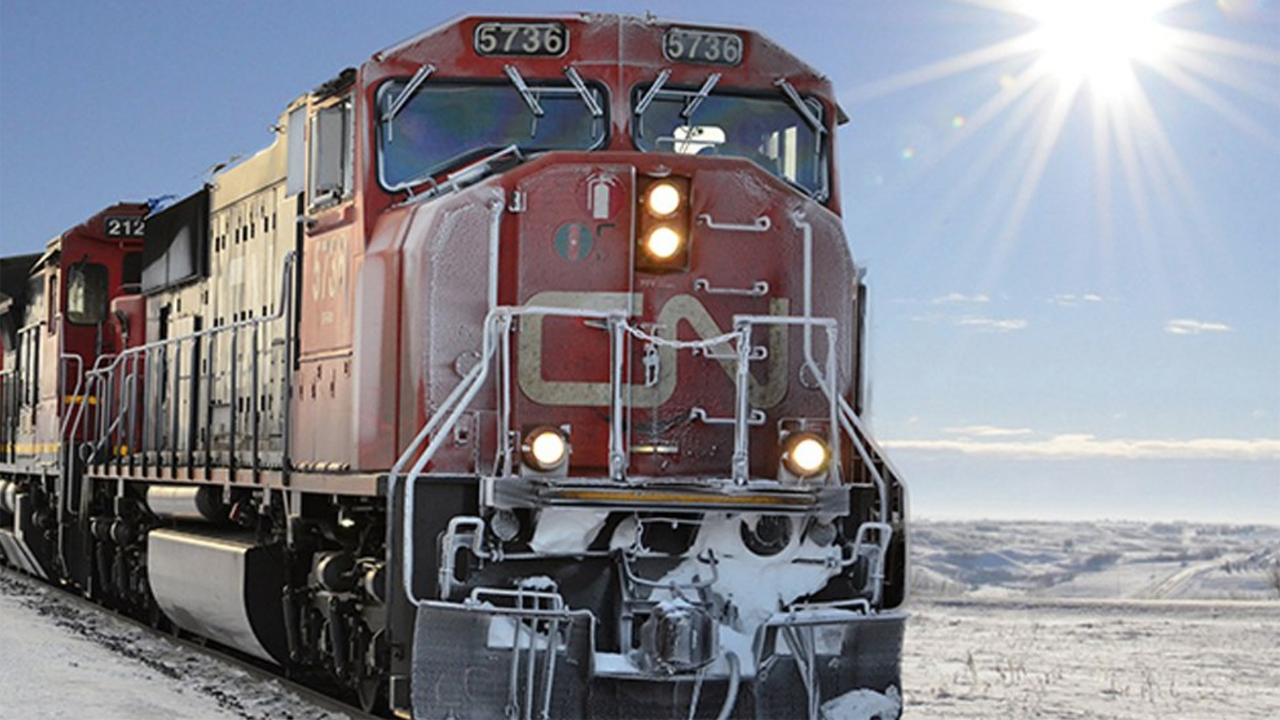 CN has officially asked the Surface Transportation Board (STB) “to condition any approval of a Canadian Pacific-Kansas City Southern merger on the divestiture of the KCS line from Kansas City, Missouri to Springfield and East St. Louis, Illinois (the Kansas City Speedway) to CN, pursuant to the STB’s statutory authority to order ‘the divestiture of parallel tracks’ as a merger condition.”

CN at that time claimed the line “is a direct competitive alternative to CP’s route from Kansas City to Chicago, and beyond to Detroit and eastern Canada. CP and KCS have made it clear in their merger application that they plan no investment on the Springfield Line [now called by CN the Kansas City Speedway], and instead will de-emphasize it in favor of CP’s existing parallel line.” The Class I railroad also reported that it would invest at least US$250 million to improve the line.

CP immediately responded, negatively. It said on Jan. 13 that CN’s quest is “built on a series of factual errors or misstatements.”

“KCS’s Kansas City-Springfield line is not ‘parallel’ to CP’s line between Kansas City and Chicago,” CP said. “KCS’s line does not reach Chicago, and contrary to CN’s misleading statements, KCS’s line is not part of a through route to Chicago in conjunction with CN. In fact, there is no direct connection between KCS and CN today at Springfield, and historic interchange volumes reflect the absence of any actual service here. Only four cars were interchanged by KCS at Springfield with CN in 2020 and 133 cars interchanged with CN in 2019.

“As part of CPKC [Canadian Pacific Kansas City, the new name for the proposed combination], these lines will grow along with CPKC. CP’s proposed pro-competitive combination with KCS is about growth. A future CPKC will not downgrade any lines, these included. Instead, CPKC will maintain existing levels of service on these lines and will not re-route traffic away from these lines, contrary to CN’s assertions.

“In fact, the route from Kansas City to St. Louis and the other assets CN wants the STB to force CP to divest are important parts of the combined CPKC growth story providing new, competitive single-line routes connecting CP’s network with customers and port facilities in St. Louis, and connections to eastern carriers. CP anticipates an increase of traffic on this corridor of 30%.

“CP will be responding to any formal CN request for conditions in the pending STB proceeding at the appropriate time.”

CN on Feb. 28 reported that its “creation of the Kansas City Speedway will ensure that customers—particularly automotive and intermodal—have greater competitive shipping options between eastern Canada, Detroit, Chicago and Kansas City. This pro-competitive solution to the proposed merger will enable local economies to thrive. Communities and customers recognize the benefit of CN’s creation of the Kansas City Speedway. Over 70 letters of support have been filed with the STB, including letters from the city of East St. Louis and Congressman Frank Mrvan (IN-01).”

“Under the right ownership, we believe there is a clear opportunity to bring widespread economic benefits for customers and communities across the American Midwest and Canada,” CN Executive Vice President and Chief Operating Officer Rob Reilly said. “CN has a comprehensive plan for the Kansas City Speedway that will increase competition, create jobs, reduce roadway congestion, and positively impact the environment. It reflects CN’s ongoing efforts to ensure competition and choice in our industry and aligns with President Biden’s 2021 executive order on competition.”