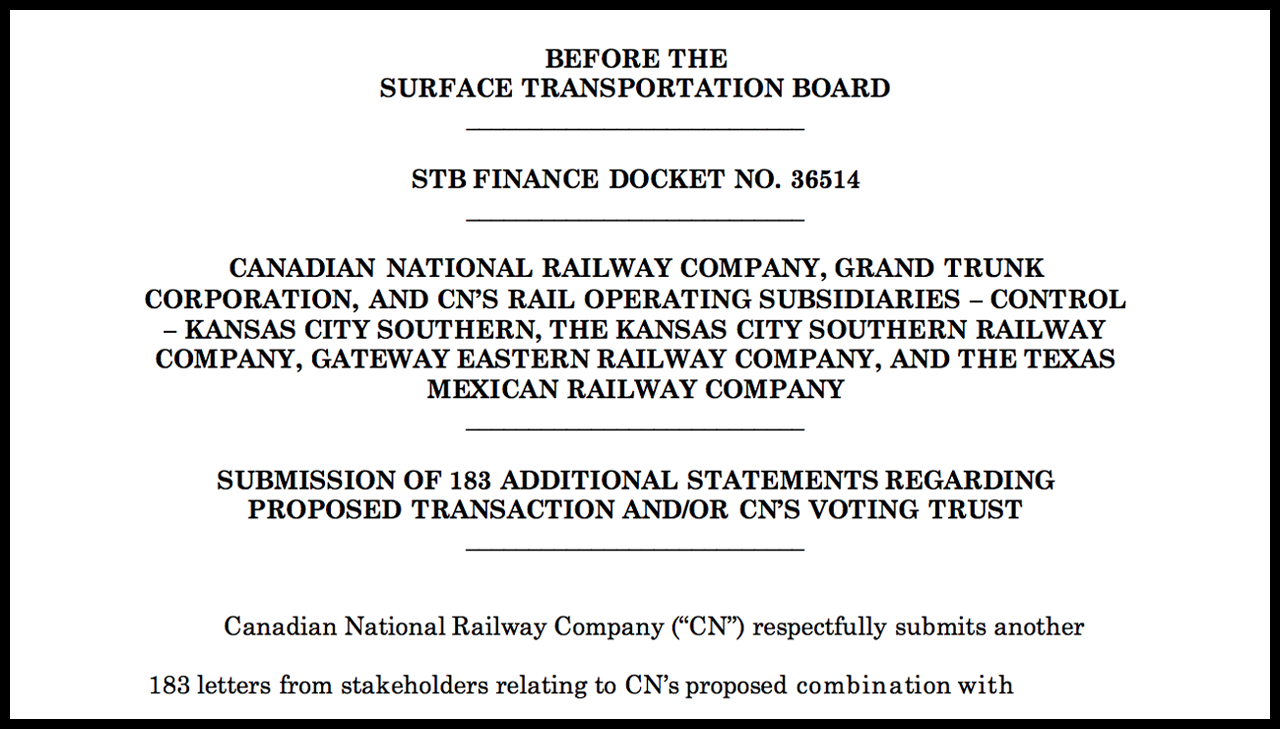 Another 180 customers and stakeholders have submitted letters to CN in support of its proposed combination with Kansas City Southern (KCS), its use of a voting trust, or both, upping the total to more than 1,000, CN reported May 12. All have been filed with the Surface Transportation Board (STB).

This follows Canadian Pacific’s May 10 report that another 131 stakeholders had filed statements with the STB “in support of [our] planned, friendly merger with KCS, bringing the total to close to 550.”

In the letter CN sent to the STB with the 180 new supporter submissions, the Class I railroad wrote: “CN continues to be encouraged by the enthusiasm that customers, rail suppliers, ports, local governments, logistics providers and other stakeholders have expressed for a KCS-CN combination,” adding that all 1,000-plus letters were “received in the three weeks since the proposed transaction became public on April 20.”

Of note, 79 of the latest letters “support the proposed combination of KCS and CN, and 152 of these letters support CN’s request that the Board approve its voting trust agreement and ask the Board [STB] to approve that proposed voting trust,” CN wrote. Another 48 letters expressed support for both, the railroad added.

“CN looks forward to continued conversations with its customers and other interested parties about the proposed KCS-CN combination and why it presents the best solution for the continued growth, development and prosperity of the North American economy.”