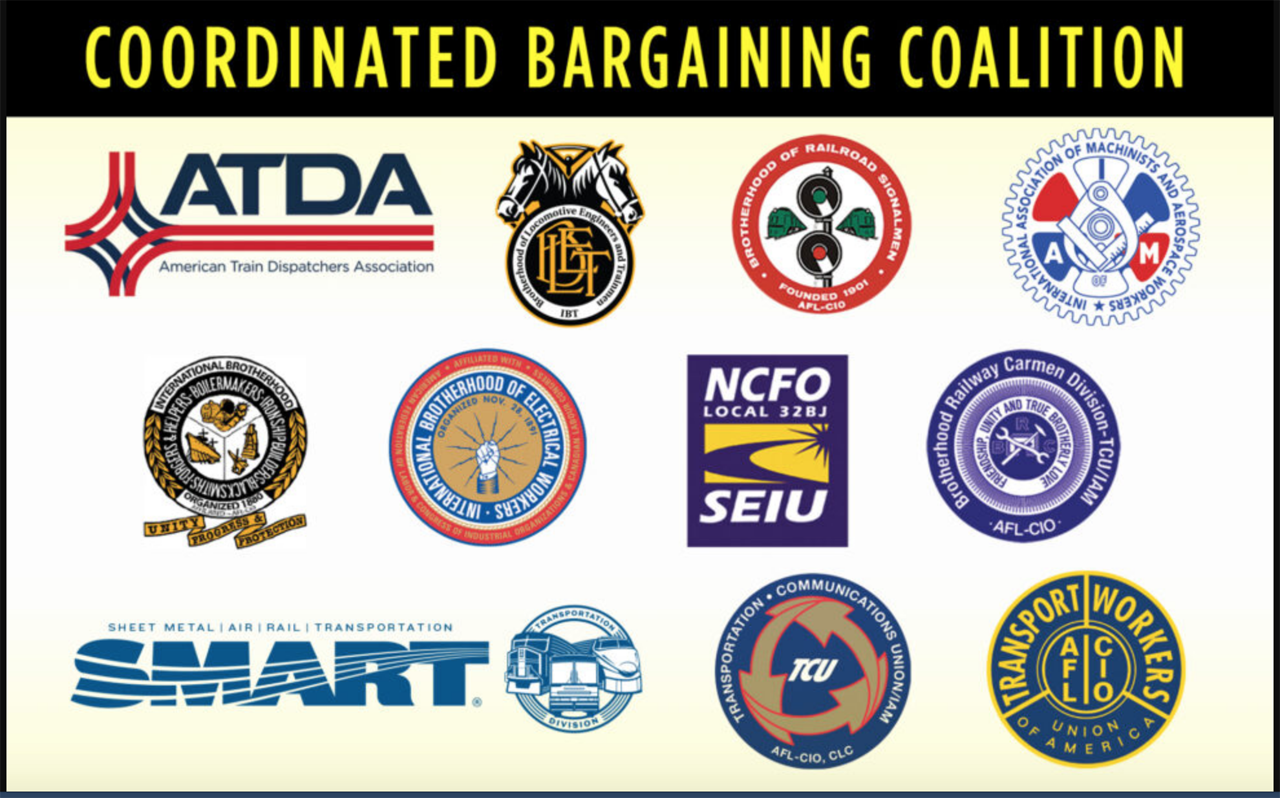 Leaders of the Coordinated Bargaining Coalition (CBC) Rail Labor Unions* say they are hopeful the in-person mediation sessions scheduled for May 24-26 before the National Mediation Board (NMB) “will help to settle their ongoing national contract dispute.”

NMB on May 16 agreed to give the nation’s 12 railroad labor unions—including the CBC, which comprises 10 unions—an opportunity to demonstrate their commitment to a voluntarily negotiated settlement with most of the nation’s railroads over changes in wages, benefits and work rules, according to a report from Railway Age Capitol Hill Contributing Editor Frank N. Wilner. The unions represent approximately 125,000 unionized rail workers.

Wilner reported that “NMB also—at some point following the three days of mediation, but with no time deadline—will make a determination as to whether every reasonable effort has been made to reach an agreement through mediation. This will be in response to the unions’ demands to be released from mediation—a decision that would begin a 90-day countdown toward a nationwide rail shutdown.”

Notably, Wilner wrote, “the NMB on April 11 turned down a request by two rail unions** to be released from mediation. The other 10 unions, negotiating as CBC, subsequently asked for release, and that request is pending.”

“We are determined to keep this process moving as prescribed by the Railway Labor Act,” the CBC Chiefs said in a joint statement on May 20. “In recent weeks, the Surface Transportation Board has held hearings to investigate freight rail service meltdowns. Members of Congress from both sides of the aisle have expressed concern about a rail workforce that is understaffed and fatigued. To further raise the public’s concern about these issues, our members have held public protests at shareholders’ meetings. Just as they have failed in their responsibility to transport goods and materials for shippers in a timely manner, the railroads refuse to take the contract negotiating process seriously. Our members deserve better, and they have earned the right to a contract that has substantial wage increases and no concessions to their healthcare coverage.”

“If the railroads intend to settle this round of bargaining with a voluntary agreement, as they claim, they must promptly come to the table and meaningfully engage with all of Rail Labor,” the Presidents continued. “Proper closure of this round of bargaining will not only benefit our hardworking members and their families; it will benefit our entire nation by helping to alleviate the unprecedented resignations and staffing shortages, which are contributing to rising costs and supply chain issues. The time has come for our nation’s railroads to be held accountable for their actions, and reconcile the long-term effects of their greed.”

** The two unions negotiating separately with the carriers are the Mechanical Division of International Association of Sheet Metal, Air, Rail and Transportation Workers (SMART–MD) and the Brotherhood of Maintenance of Way Employes (BMWED).