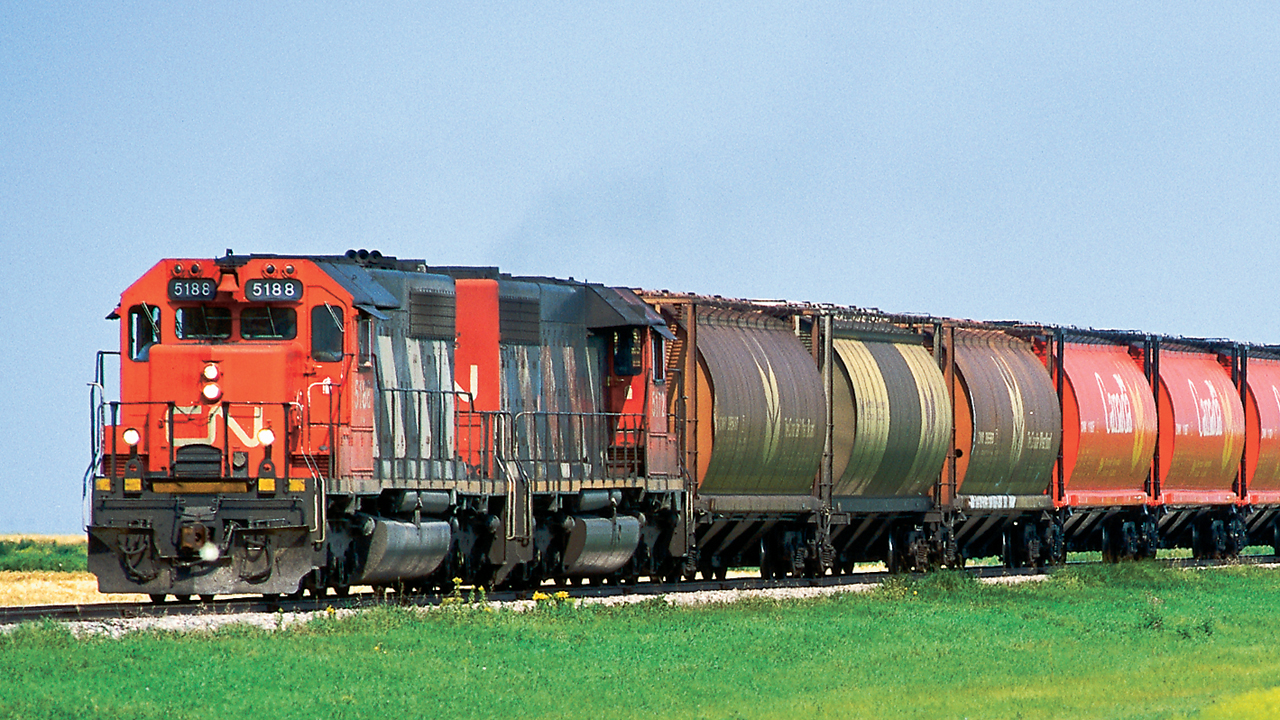 In the 2020–2021 crop year, Canadian Pacific and CN collectively moved 52,334,795 metric tons of Western grain, 9.0% more than the volume moved during the previous crop year and the highest volume ever on record. For CN, its record volume comes at a price, as grain is a heavily regulated commodity in Canada, with revenue caps or “entitlements” set by the Canadian Transportation Agency (CTA), Canada’s equivalent of the U.S. Surface Transportation Board.

On Dec. 22, the CTA ruled in Determination No. R-2021-197 that CN’s grain revenues were above and Canadian Pacific’s were below their respective Maximum Revenue Entitlements (MREs) for the 2020–2021 crop year, requiring CN to pay back the difference, plus interest.

The Canada Transportation Act requires the CTA to determine each railway’s annual MRE and whether each entitlement has been exceeded. The revenue entitlement “is a form of economic regulation that enables CN and CP to set their rates for services, provided the total amount of revenue collected from their shipments of Western grain remains below the ceiling set by the CTA,” the agency explained. “Entitlements are calculated using a formula containing numerous elements established by the Act. The Volume related Composite Price Index (VRCPI) is one of these elements and is determined by the CTA for CN and CP no later than April 30 every year. The VRCPI is an inflation index reflecting forecasted price changes for railway labor, fuel, material and capital purchases by CN and CP.

“The index—along with the actual tonnage of grain that was hauled and the average length of haul during the crop year for each railway—is used to determine the annual entitlements. The entitlement varies with the tonnage moved. A railway can remain under its entitlement so long as it does not charge more, overall, than the average rate per tonne as set by the first part of the MRE formula (base year per tonne adjusted for length of haul and inflated by VRCPI).”

The Canadian Transportation Agency defines itself as “an independent, quasi-judicial tribunal and regulator that has, concerning all matters necessary for the exercise of its jurisdiction, all the powers of a superior court. The CTA has three core mandates: helping to keep the national transportation system running efficiently and smoothly, protecting the fundamental right of persons with disabilities to accessible transportation services, and providing consumer protection for air passengers. To help advance these mandates, the CTA makes and enforces ground rules that establish the rights and responsibilities of transportation service providers and users and level the playing field among competitors, resolves disputes using a range of tools from facilitation and mediation to arbitration and adjudication, and ensures that transportation providers and users are aware of their rights and responsibilities and how the CTA can help them.