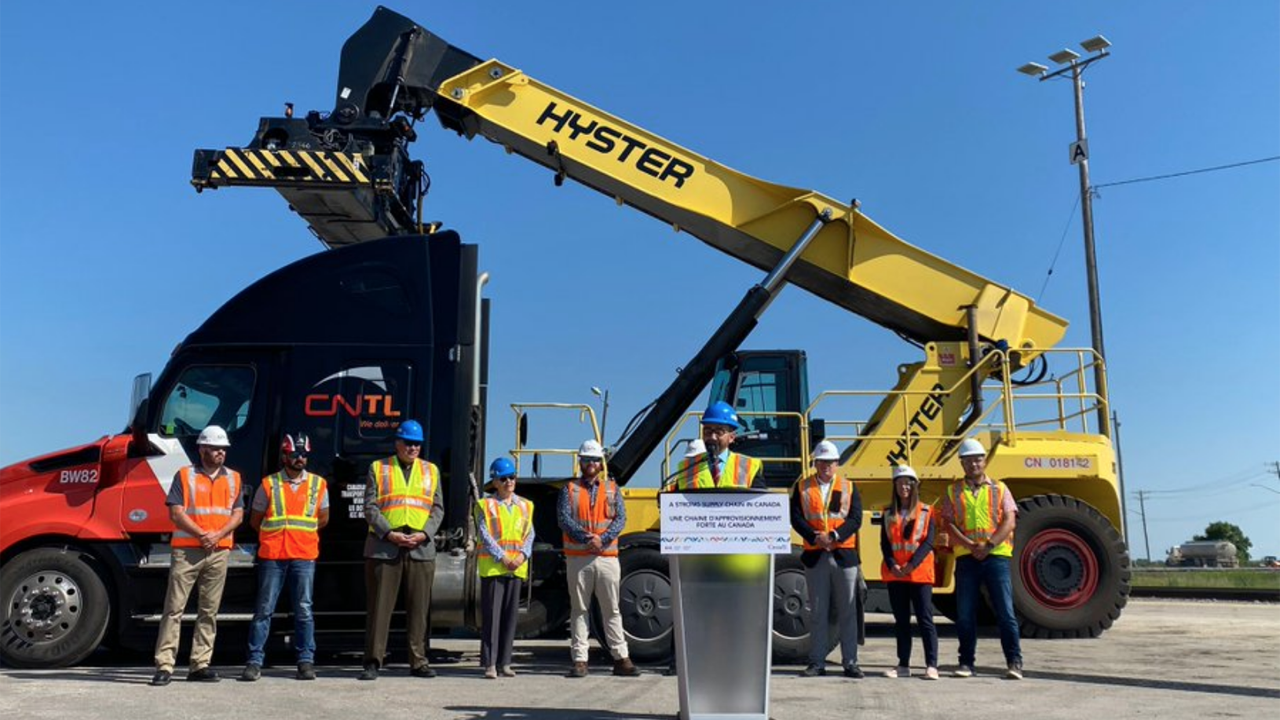 “Our new investment will not only improve the safety and efficiency of Canada’s railways, but also strengthen our supply chain and tackle inflation by addressing bottlenecks, vulnerabilities and congestion along Canada’s trade corridors,” reported Transport Canada Minister Omar Alghabra reported in a July 13 Twitter post. (Photograph Courtesy of Alghabra via Twitter)

The government of Canada is committing C$4.4 million to identify potential mitigation strategies for permafrost hazards along the Hudson Bay Railway corridor in Manitoba, reported Minister of Transport Omar Alghabra on July 13.

The University of Calgary will undertake the study, and the results will be used “to ensure the safety and resiliency” of the corridor, which includes 627 miles of former CN trackage, according to Transport Canada. The funding is being provided through the National Trade Corridors Fund, which is described as “a competitive, merit-based program designed to help infrastructure owners and users invest in the critical transportation assets that support economic activity in Canada.”

“The Hudson Bay Railway corridor is a critical transportation, supply and tourism link for communities along the route, connecting Manitoba from north to south,” said Daniel Vandal, Canada’s Minister of Northern Affairs, and the Minister responsible for Prairies Economic Development Canada and for the Canadian Northern Economic Development Agency. “It also strengthens local economies by connecting the Port of Churchill to producers across the Prairies, supplying the world with Canada’s agricultural products and other goods. This funding will help address the hazards and impacts of climate change along the railway, keeping Indigenous and northern communities in Manitoba connected and safe.”

“Canada’s rail network is crucial to our supply chain,” said Minister Alghabra, who made the announcement at the CN Intermodal Terminal in Winnipeg. “Through the National Trade Corridors Fund and Rail Safety Improvement Program funding, we are addressing the impacts of climate change and improving the safety and resiliency of Manitoba’s rail network, thereby strengthening Canada’s trade corridors.”

Transport Canada last month announced that the Rail Safety Improvement Program for 2022-23 would distribute C$24 million to 147 grade crossing, infrastructure and research projects; C$700,000 in funding will go toward 10 projects in Manitoba.