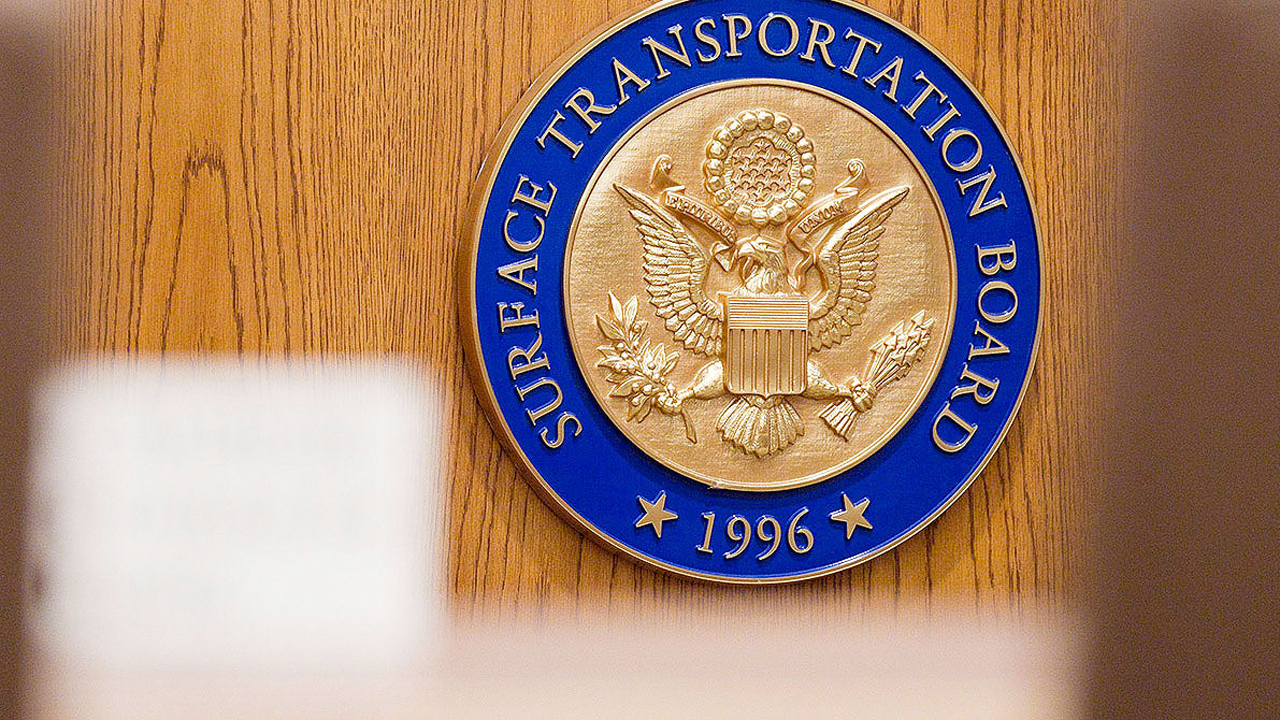 WATCHING WASHINGTON, RAILWAY AGE MAY 2022 ISSUE: Have you tried pushing on a string? Therein lies a challenge facing the Surface Transportation Board (STB), which regulates rates and practices of freight railroads.

While the STB can figuratively pull on a string to cap freight rates, order reparations, and impose penalties for unreasonable practices, negligence and violation of STB directives, such confrontation, says STB Chairperson Martin J. Oberman, is less effectual and less efficient than voluntary actions. But how, in currently highly volatile rail-shipper relationships, might the STB push on that regulatory string to encourage railroads unilaterally to improve rail service quality, such as by adding train crews and making Precision Scheduled Railroading (PSR) more customer friendly?

Oberman favors motivators as an alternative to big-stick regulatory actions, an approach hopefully appealing to the STB’s small-government, free-market-leaning Republicans Patrick J. Fuchs and Michelle A. Schultz, and also acceptable to Oberman’s fellow Democrats Karen J. Hedlund and Robert M. Primus. “The best way to tackle service problems is to create incentives so that they solve themselves,” Oberman told Railway Age.

There is no avoiding that rail service-failure complaints have been flowing as if gushing from a firehose. Shippers are so aggrieved they are uncharacteristically stepping forward publicly, shunting aside long-standing—and oft communicated in private to STB members—fears of railroad retaliation they say previously choked a willingness to be identified.

So troubling are service-failure complaints that Oberman took an uncommon action—supported in a 5-0 STB decision—directing that senior rail executives appear at a two-day hearing in late April to explain themselves. Future STB actions, said the Board, will be guided by “information provided at the hearing,” identified as “Urgent Issues in Freight Rail Service.” The Board cited a rare Cabinet-officer communication—a letter from the Secretary of Agriculture—seeking “urgent action to improve” what he termed “a complete collapse of rail service.” Testifying in person were Transportation Secretary Pete Buttigieg, Deputy Secretary of Agriculture Jewel Brounaugh and Federal Maritime Commission member Carl W. Bentzel.

Already, the STB is finalizing a rulemaking that may create two-railroad competition at sole-served shipper facilities through mandated Reciprocal Switching—requiring, under certain circumstances, the sole-serving railroad switch shipper freight cars to a nearby junction point with a competing railroad in exchange for a compensatory switching fee.

Oberman is optimistic that simply the threat of a Reciprocal Switching mandate—imposed on a case-by-case basis—will be incentive to maintain in the alternative competitive rates and improve service. He is confident a final rule will be completed as early as third-quarter 2022. Neither the content of that final order nor its fate can be predicted.

In further pursuit of what Oberman terms “raising accountability for service failures,” he aims to improve the definition of a statutory common carrier obligation—the duty of railroads to provide transportation or service on a reasonable request. He seeks to set “standards to which railroads know they must adhere”—developed case-by-case, with penalties assessed for degradation of service that would be treated as negligence or an unreasonable practice.

— The torrent of rail service complaints stacking up at the STB begs for the common carrier obligation to be equipped with stronger jaws and sharper teeth. —

The Surface Transportation Board Reauthorization Act of 2015 gave the STB authority on its own to investigate service failures and impose remedies, while the STB’s governing statute makes railroads “liable for damages … as a result of an act or omission of that carrier.” The STB may impose civil fines of $8,736 per violation per day. The torrent of rail service complaints stacking up at the STB begs for the common carrier obligation to be equipped with stronger jaws and sharper teeth.

Each party would submit a final offer, with the STB choosing one without modification. While railroads agree to an arbitration process, they oppose introducing evidence of revenue adequacy that could translate to a rate cap, and want awards to be confidential to avoid their having precedential value. Shippers disagree.

While Oberman recognizes there is “no perfect overnight solution,” he is intent—through public hearings at a pace not witnessed in more than a generation—to “shine light on the problem” involving what he terms “a consolidated rail industry with extraordinary barriers to entry.” His greatest challenge may be finding a three-vote majority among peers known to be fiercely independent, regardless of political party affiliation.