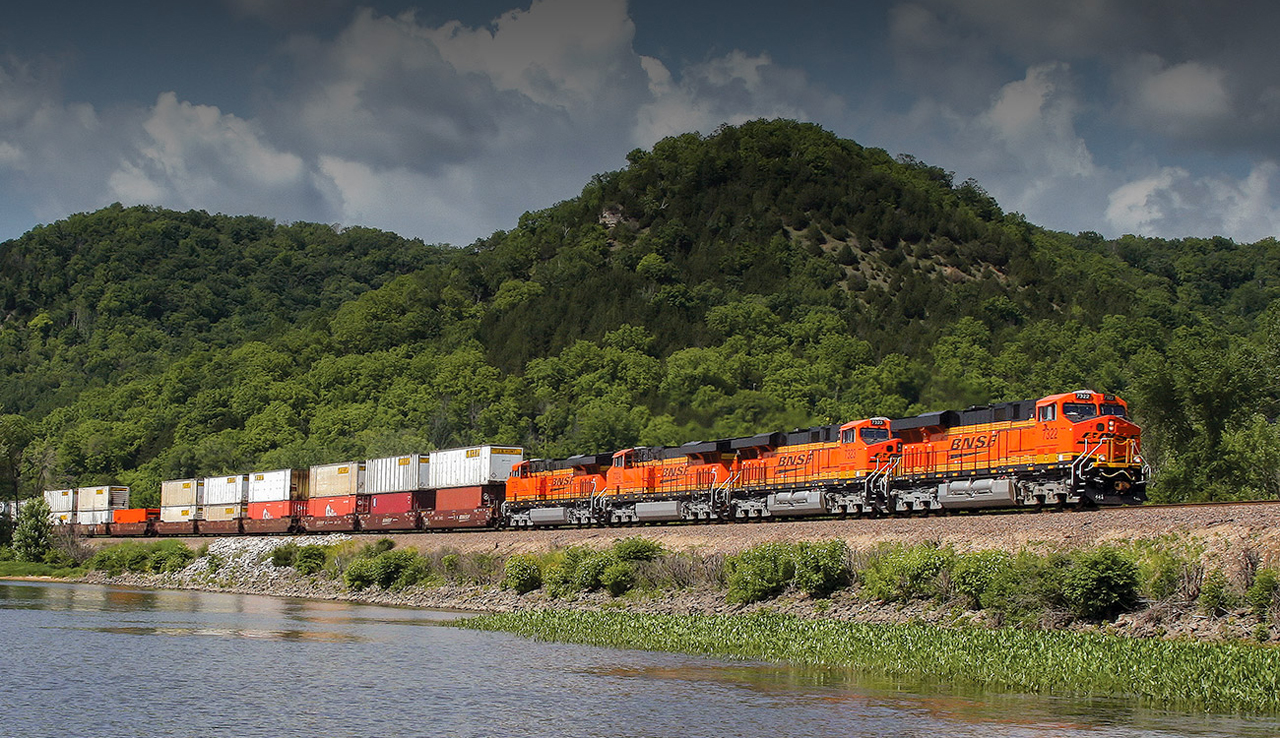 BNSF is asking the Surface Transportation Board (STB) to impose conditions that preserve competition, particularly at the U.S.-Mexico border, if the proposed Canadian Pacific-Kansas City Southern merger is approved.

On Feb. 28, BNSF submitted comments to the STB to ensure that a CP-KCS combination into Canadian Pacific Kansas City (CPKC) does not diminish the “important access to Mexico for U.S. rail shippers.” STB is currently reviewing the merger application.

In its 583-page filing (download below), BNSF wrote that to “meet the steep volume expectations, revenue projections, and other claims made to investors and to the Board, the combined CP-KCS will be incentivized to divert its traffic through rate manipulations away from competitive routings on BNSF and other railroads. The Board needs to understand the real potential that, absent imposition of the conditions requested here by BNSF, current and future U.S. shippers could be harmed through a lessening of competitive options.”

BNSF explained that for the past 25 years, it has “served the public interest as the replacement for competition that would have been lost when Southern Pacific (SP) merged into Union Pacific (UP) in 1996. The Board recognized the critical importance of this role when it provided BNSF with access to the Mexican border at Laredo. The Board did so by installing BNSF onto a UP/SP rail line that leads to Robstown, Texas—just west of Corpus Christi—where BNSF could access Laredo via an interchange with an independent Texas Mexican Railway (Tex Mex), which presumably would have no incentive to disfavor BNSF traffic. The Board also gave BNSF trackage rights access to UP/SP lines in Texas leading to the Mexican border at Brownsville and Eagle Pass.”

BNSF wrote that STB must ensure that the “combined CP-KCS does not use its control over transportation into and out of Mexico via the important Laredo, Texas gateway to frustrate the Board’s competitive objectives in the UP/SP merger and to foreclose access to Mexico by BNSF and its shippers.”

BNSF said that foreclosure at Laredo is “not an idle or theoretical concern. Following the acquisition in 2005 by KCS of Tex Mex and the predecessor to KCSM, BNSF’s rail movements across the KCS-controlled Laredo border crossing dropped precipitously. Over time, BNSF has concluded that it has become virtually impossible to compete for certain Mexico business over Laredo if KCS can also serve the business on the U.S. side of the border. In direct contravention of the several open gateway commitments made by KCS when the Board approved the Tex Mex acquisition, KCS has exercised its control over the pricing of the Mexican portion of the movement, and at times, the routing of the U.S. portion, to ensure that BNSF will be frozen out of the market. Indeed … KCS failed to adopt any policies, practices, instructions or employee training to implement its open gateway obligations.

“Accordingly, the Board must put in place more concrete and enforceable open gateway measures and remedies, including an independent and unqualified open gateway commitment for Laredo. Otherwise, the expansion of KCS’s network to include the large number of Canadian and northern U.S. locations served by CP will further solidify this lock-out of BNSF and many of its customers from cost-effective access to Mexico through Laredo.”

In its comments, BNSF identified a rate-setting mechanism and certain service commitments to make sure that the railroad and its customers “will not be foreclosed in the future from access to Mexico through unfair pricing or service, and that the rates they receive from CP-KCS will be ‘commercially reasonable.’ If these or other mechanisms that BNSF is asking the Board to put in place prove ineffective at maintaining an open gateway at Laredo, then BNSF may need to seek direct access into Mexico by competing for the Mexico rail concessions. BNSF asks the Board to ensure that the Transaction will not keep BNSF from effectively competing in that concession process. U.S. rail shippers need assurances that the Transaction will not preclude them from having multiple options for access to the increasingly important Mexico market.”

Additionally, BNSF wrote that it is concerned about the impact of the merger’s increased Mexican traffic growth on “critical areas on the CP-KCS network, including, most prominently, the Houston terminal complex. To reach the Laredo gateway from the north and east, KCS must traverse Texas over a tangle of connected line segments owned, controlled and operated by some combination of KCS, BNSF, UP, and Houston Belt & Terminal Railway Company (HBT). This route requires movement through Houston itself. As the Board well knows, Houston has experienced acute congestion in the past. … BNSF (and UP) can access Laredo from the north without traversing the core Houston complex. Movements that can avoid the Houston complex have a distinct efficiency advantage, particularly for movements of intermodal traffic that value reliable and timely service and that have readily available truck alternatives.

“Notwithstanding the risk of congestion in the Houston area, Applicants anticipate that their merger would result in the addition of approximately eight new CP-KCS trains per day to the rail lines traversing Houston. Much of this additional traffic would result from the diversion of traffic to CP-KCS from BNSF and UP, whose lines do not need to traverse Houston in order to reach the Mexico border. Yet Applicants have not identified a single dollar for new capacity that they propose to add in the Houston area to accommodate this substantial increase in traffic.

“If Applicants’ plan is just to wait and see what happens, they are putting at risk the fluidity of a critical node in the national rail network at a time when supply chain congestion is a significant issue for the U.S. and global economies. If their plan is to try to make BNSF and other railroads—and by extension their customers—pay for the capacity that is needed to accommodate the increased CP-KCS traffic under existing cost-sharing arrangements for the lines at issue, their strategy is equally misguided. BNSF and its shippers should not be expected to pay for capacity that Applicants need to implement their merger.”

BNSF requested that the STB adopt the following conditions, upon any approval of the merger:

• “Order that Applicants are subject to and must fulfill the conditions imposed by the Board in the KCS/Tex Mex proceeding as well as the terms of the NITL Agreement.

• “Order that Applicants are required to keep the Laredo and Robstown gateways open on commercially reasonable rate and service terms.

• “Require Applicants to fully fund any capital improvements that would not be required but for increased CP-KCS traffic on lines owned by BNSF or other railroads.

• “In the absence of a plan by Applicants to address how increased CP-KCS traffic will be handled on shared lines in Texas—and until necessary capital improvements are identified, fully funded by Applicants, and implemented—require Applicants to not increase existing KCS traffic levels on those lines if such increases would displace existing traffic or compromise fluidity on those lines.

• “Require Applicants to shift their crew change location near Ottumwa, Iowa to eliminate the potential for blockage by CP-KCS trains of at-grade intersections in Ottumwa with BNSF and a public road.

• “Require Applicants during the Board’s oversight period to regularly report service metrics relating to traffic through Laredo and congestion metrics at locations potentially affected by traffic increases brought about by the Transaction.

• “Reserve jurisdiction to impose further conditions, including trackage rights, during the oversight period if the open gateway commitment does not function as intended, or if congestion or service issues arise.”

UP is seeking from the STB similar CP-KCS merger conditions to ensure competition at the Laredo Gateway.