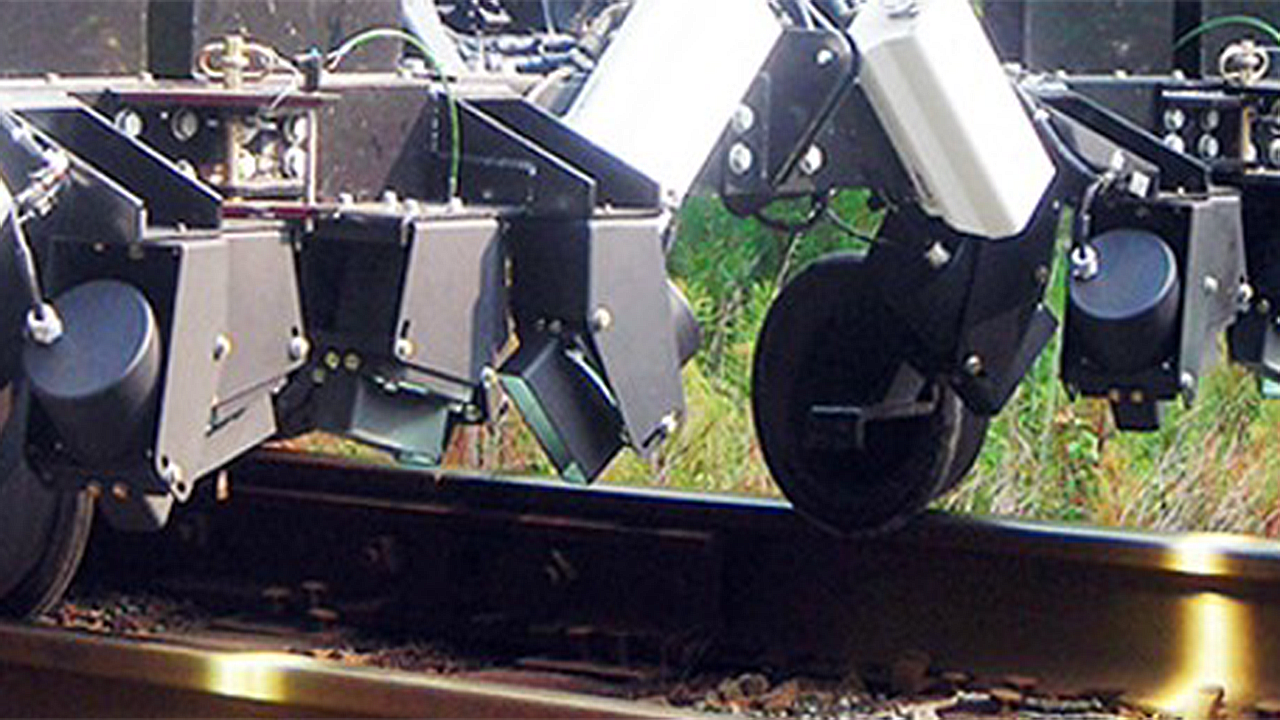 “FRA denied BNSF’s request even though BNSF met FRA’s only condition for expansion set forth in the existing waiver,” the railroad said in its filing. “BNSF seeks relief on the grounds that FRA’s action is arbitrary, capricious, an abuse of discretion, and otherwise contrary to law, all in violation of the Administrative Procedure Act, 5 U.S.C. § 706. BNSF requests that this Court hold unlawful, vacate, and set aside the Order; direct FRA to grant the waiver; and grant such additional relief as may be necessary and appropriate.”

BNSF’s petition is based on a March 21 letter from FRA Chief Safety Officer and Associate Administrator for Railroad Safety Karl Alexy to BNSF Vice President Engineering John Cech responding to the railroad’s June 15, 2021 petition to expand the existing waiver of compliance in Docket Number FRA-2020-0064 by adding two new Automated Track Inspection (ATI) territories, as well as Jan. 14 and March 11, 2022, letters requesting that FRA “promptly approve” the expansion request. “FRA finds that expanding the existing relief as BNSF requests is not justified at this time,” Alexy said.

“The existing waiver provides limited, conditional relief from certain aspects of 49 CFR § 213.233(b) and (c) to allow BNSF, under specific circumstances, to partially replace the visual track inspections required under that section with inspections using autonomous geometry inspection systems. The existing waiver applies to two territories: BNSF’s Powder River Territory and the Southern Transcon Territory. BNSF seeks to expand the ATI waiver to include the Northern Transcon route as a new ATI territory and to add the Orin Subdivision to the existing Powder River Territory. The Northern Transcon route runs from Chicago, Illinois, to Seattle, Washington, and comprises a total of 4,322 track-miles. The Orin Subdivision runs from Donkey Creek Junction, Wyoming, to Bridger Junction, Wyoming, and is approximately 395 track-miles. BNSF stipulates that in both instances, these new additions to the waiver would be subject to all the conditions, requirements, and limitations set forth in FRA’s January 19, 2021, Decision Letter.

“BNSF’s June 15, 2021, petition and follow-up letters of January 14, 2022, and March 11, 2022, note the successful implementation of the ATI waiver on both the Powder River Territory and the Southern Transcon Territory as the justification for expanding the waiver. In its petition, BNSF states that [t]he ATI Program has been demonstrated to be effective on territories with mountain grade, challenging winter weather conditions, and varied traffic mixes. There are no unique operational, geographic, or weather-related characteristics of either the Northern Transcon or the Orin Subdivision that render either territory unsuitable for the ATI Program. BNSF reiterates this assertion in its January 14, 2022 letter and additionally contends that ‘FRA’s failure to, approve the expansion of BNSF’s ATI program unnecessarily inhibits an opportunity to further reduce risk for BNSF employees and the communities’ in which BNSF operates. BNSF asserts that the ‘new paradigm’ its waiver establishes improves safety and efficiency in several ways (i.e., by reducing track occupancy time needed for inspections and unplanned maintenance, preventing service interruptions and rail equipment incidents caused by undiscovered defects, and significantly reducing hazards workers face while conducting “unnecessary rail and/or walking inspections ). Further, BNSF asserts that simply adding ATI inspections on top of currently required manual visual inspections is not ‘the optimal approach, from either a safety, efficiency, or rail capacity standpoint.’

“Recognizing that the Railroad Safety Advisory Committee (RSAC) is currently tasked to develop a consensus recommendation for incorporating ATI technology into the applicable regulatory framework, BNSF states that waiting for the RSAC to complete its task is not necessary given ‘indisputable safety benefits from BNSF’s mature, proven ATI program.’

“In its March 11, 2022, letter BNSF reaffirms the success of the waiver, noting the safety performance of achieving zero multi-class drops across the entirety of the waiver territories during the month of February 2022.’ BNSF also reasserts that ‘simply adding more automated inspections to current manual visual inspection regulations does not produce the same outcomes [as the waiver].’

“FRA published a notice of BNSF’s June 15, 2021 expansion request in the Federal Register soliciting public comments on BNSF’s waiver petition. FRA received one comment in response to the published notice from the Brotherhood of Maintenance of Way Employes Division/IBT (BMWED). In its comment, BMWED recommends that FRA deny BNSF’s request for relief, asserting that granting the relief would adversely affect railroad safety. BMWED noted that it “does not feel” that any of the test programs or waivers issued related to railroads’ Automatic Track Geometry Measurement Systems programs provide a ‘level of safety equal to the minimum safety requirements’ of FRA’s Track Safety Standards (emphasis omitted).

“After consideration of BNSF’s June 15, 2021, waiver expansion request, the public comments filed in the docket, and BNSF’s follow-up letters of January 14, 2022, and March 11, 2022, FRA finds that given the ongoing RSAC task related to ATI, expanding the existing relief at this time is not justified. FRA notes that the ongoing RSAC task related to ATI is designed to examine the feasibility of using a combination of visual inspections and ATI technologies to maximize the effectiveness of railroads’ track inspection programs. In other words, the RSAC task is designed to help identify the optimal approach to track inspection, potentially utilizing a combination of track inspection methodologies. FRA notes that in carrying out this task, the RSAC will need to consider data not only from the ATI Test Program underlying BNSF’s existing waiver in this docket, but data from the relevant ATI Test Programs  that are still under way on multiple railroads. FRA finds that short-circuiting this evaluation process on individual railroads is not in the public interest and consistent with railroad safety at this time.

With all due respect to Karl Alexy and others at the FRA—which has contributed excellent articles to Railway Age on behalf of the agency’s RD&T (Research, Development and Technology) initiatives—denying BNSF the opportunity to expand ATI makes no sense to me whatsoever. As FRA notes, there was only one public comment filed, from the BMWED, giving the impression, at least to me, that the denial may be politically motivated. With all due respect to the men and women who work very hard in the maintenance-of-way discipline, inspecting, building and maintaining roadway—with computerized, high-production machines—undermining progress and safety improvements that technology provides is counterproductive and disingenuous.

FRA seems to have made an about-face with its technology initiatives, which until only recently were on the fast track. Case in point: the Aug. 24, 2020 feature article, FRA RD&T: Using AI to Improve Safety, by Jay P. Baillargeon, FRA Office of RD&T – Track Research Division, who in my estimation is a brilliant young mind. From the article:

“RD&T has been a key proponent of AI for nearly two decades and has seen its efforts translate into viable technology with widespread implementation in the railroad industry. For example, the FRA RD&T automated joint bar inspection tool, developed primarily between 2002 and 2009, epitomizes the agency’s focus on leveraging AI tools and applications. In 2009, the technology was successfully commercialized and has since become a standard and widely accepted method for automatically inspecting joint bars. This system, which can be deployed either on a hi-rail vehicle or inspection car, takes illuminated images of the joint bar at speeds up to 60 mph and runs them through a series of complex machine-learning algorithms. The imagery is then processed to determine whether even minute hairline cracks are present. The images, along with detailed geolocation information, are then provided to railroad maintenance personnel for remediation.

“RD&T will study other facets of AI over the next 5 years, including two specific areas:

“With the use of AI and other technologies, there is great potential for railroads to further reduce the occurrence of high-consequence accidents and derailments altogether. To realize such a future for rail transportation, RD&T is focused on dedicated research initiatives aimed at Improving, Implementing and Inspiring … FRA will continue to explore the multitude of ways AI and other technologies can enhance railway safety. The agency is committed to fostering innovations essential to realizing a future where accidents and derailments in the railroad industry are a distant memory.”

What the (expletive deleted) happened here? Someone tell me, please.

Working with suppliers, BNSF has always been at the forefront of technology. Predecessor Burlington Northern was the first Class I to adopt AC-traction locomotives in the early 1990s. BNSF was way ahead of its peers with PTC implementation. There are numerous other examples. ATI is one of the most recent. It includes technologies like Track Health Optical Recognition (THOR), optical track inspection that detects and reports defects on rail joints, such as missing bolts or cracks as small as one-sixteenth of an inch, and is fully operational on both of BNSF’s manned geometry cars.

Denying further progress and saying things like “short-circuiting this evaluation process on individual railroads is not in the public interest and [not] consistent with railroad safety at this time” is not consistent with the FRA I came to deeply respect and admire, under the guidance of former Administrator Ron Batory.

ATI can detect what the human eye cannot see. FRA, do us all a favor: Open your eyes. Ignore the uninformed rhetoric from members of Congress on the House T&I Committee and Railroad Subcommittee whose knowledge and understanding of our industry is, to be polite, less than optimal. Kill the politics, if that’s what’s going on.

(If you want to dive deeper into what BNSF and other railroads are doing with ATI, read Railway Track & Structures Managing Editor David C. Lester’s article, Moving to Performance-Based Automated Track Inspection: The Benefits and Hurdles Ahead, in Interface Journal.)

I’d better stop before I get really pissed off. – William C. Vantuono