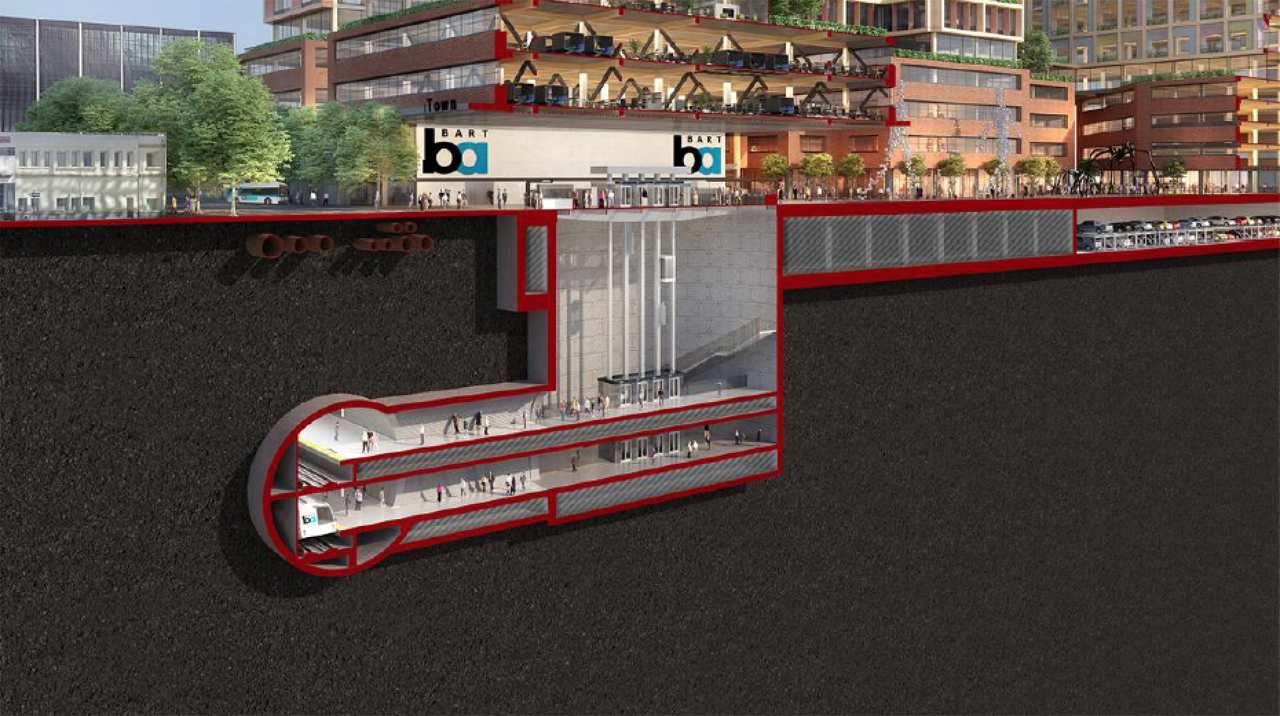 The six-mile extension—which includes three underground stations (28th Street/Little Portugal, Downtown San José, and Diridon), one at-grade station (Santa Clara), a maintenance facility, and five miles of subway tunnel—will extend BART service from the newly opened Berryessa Station in northeast San Jose through downtown San Jose into the city of Santa Clara (see map below). Passenger service is planned to begin in 2030. VTA is the funding agency and will manage the delivery of the Phase 2 project, while BART is system operator and maintainer. (For details on Phase 1, scroll to bottom.)

In its Letter of Intent to VTA, FTA formally selected the project for funding under the Expedited Project Delivery (EPD) Pilot Program and outlined “several conditions that VTA must meet within the next two years to allow the project to be considered for a Full Funding Grant Agreement (FFGA).” If VTA fulfills those requirements, FTA will award the FFGA, FTA said during an Oct. 25 announcement. The maximum federal share of the project would be $2.287 billion or 25% of the final project cost (whichever is less), which is expected to be $9.148 billion. The remaining 75% would come from state and local sources.

Before the project is considered for an FFGA, VTA “must secure and document the commitment of all non-federal funding for the project and submit revised financial information as per the requirements in the Notice of Funding Opportunity, based on the revised cost and revised revenue service date,” FTA reported. “VTA also must provide updated information regarding BART’s system-wide operations and maintenance costs and funding sources.”

FTA explained that it is required by law “to evaluate proposed EPD Pilot Program projects against a number of criteria and ensure that the prospective grant recipient demonstrates the technical, legal and financial capability to implement the project.”

The FTA’s move gives VTA the authority to incur costs for advancing engineering activities, utility relocation, real estate acquisition, construction and other non-construction activities such as the procurement of vehicles, according to VTA. It also “defines the confidence the U.S. Department of Transportation has in VTA’s technical capacity and capability to effectively manage” the project, VTA noted.

The agency said it could now proceed with contract advertisements and awards, including the largest procurement: the tunnel contract, which includes the design and construction of the subway through downtown San Jose with a large-diameter tunnel boring machine. (In May, VTA shortlisted three joint ventures to undertake the estimated $2 billion tunnel and trackwork contract for the project.)

During the two years that the Letter of Intent is in effect, VTA said it would also continue to advance design, identify and mitigate or eliminate perceived risks, finalize an overall cost estimate, and solidify the funding plan to ultimately achieve an FFGA.

The BART Silicon Valley Phase 2 extension project is the first to go through the EPD funding program process, whose premise “is to expedite project delivery and bring public benefit sooner,” VTA noted. “FTA and VTA have worked closely to streamline the traditional project evaluations,” according to VTA. “Because projects enter this funding and review process at an earlier level of design compared with other established grant programs, there is more uncertainty, thus more risk and financial contingency associated with that uncertainty.”

VTA’s funding plan, developed in 2020 and submitted to the FTA, included an EPD funding request of $1.735 billion based on a $6.9 billion eligible budget and cost, according to the agency. VTA said it “anticipates there may be cost increases from preliminary estimates—not least of all because of the impact of the pandemic on materials, supply chains and energy.”

With all of this in consideration, the FTA developed a total potential project cost of $9.148 billion, which “reflects the current unknowns in design and sufficient contingency to compensate for, and adequately cover any unknowns that is reflective of the preliminary nature of the design,” VTA said.

“After decades of planning and strong public support, VTA is honored to have the FTA acknowledge the substantial merits of the BART extension to downtown San Jose and Santa Clara,” VTA Board of Directors Chair Glenn Hendricks. “We are excited to continue to move this important project forward.”

“Linking San Jose with the East Bay and San Francisco will give millions of residents all over the Bay Area a convenient and reliable option to get to work, school, shopping and health care,” said Ray Tellis, FTA’s Region 9 Regional Administrator. “Adding this route will take thousands of cars off the road, helping reduce traffic jams and the climate impact that comes with them.”

The project’s $2.3 billion first phase broke ground in 2012 and launched June 13, 2020. It runs 10 miles from Warm Springs in Fremont to Berryessa in San José with two new stations (see map above). Each station is part of two new transit centers: the Milpitas Transit Center (with a connection to VTA’s Milpitas Light Rail Station) and the Berryessa Transit Center (with a link to rapid bus service to and from downtown San José). The joint venture of Skanska, Shimmick and Herzog was awarded the design-build contract; Lockwood, Andrews & Newnam, Inc. served as lead designer. 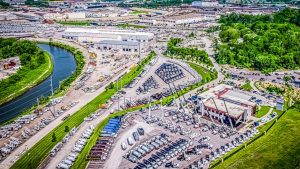