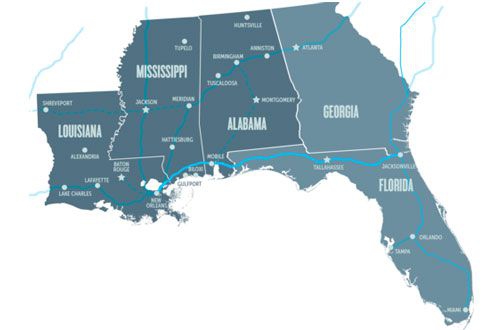 Amtrak CEO Wick Moorman reiterated his railroad's commitment in a letter to seeing rail service restored along the Gulf Coast.

The SRC said the letter “may be Amtrak’s strongest showing of support in print for states’ efforts for passenger rail service.” The Amtrak letter includes references to the Gulf Coast service in addition to longer-term SRC goals for new routes from Baton Rouge to New Orleans and across Central Mississippi and Northern Louisiana through Eastern Texas.

“We are committed to operating both the long distance and corridor services on the Gulf Coast route as soon as the necessary funding can be arranged, and the necessary agreements are in place to implement the service…Amtrak strongly supports these projects and will continue to do everything we can to work with you to bring these services to completion. I am committed along with the rest of the Amtrak team to working with the Commission and the Gulf Coast states to obtain the necessary commitments from the host railroads to determine the capital and operating needs of each service, in order to advance all of these important projects.”

Gov. Edwards voiced support of the SRC’s work and noted that during the 2015 election, all gubernatorial candidates were in favor of a Baton Rouge to New Orleans rail. He stated the need for a regional approach to economic competitiveness for workers commuting between jobs along the river, as well as access to sports arenas in both cities and service to the new airport terminal in New Orleans.