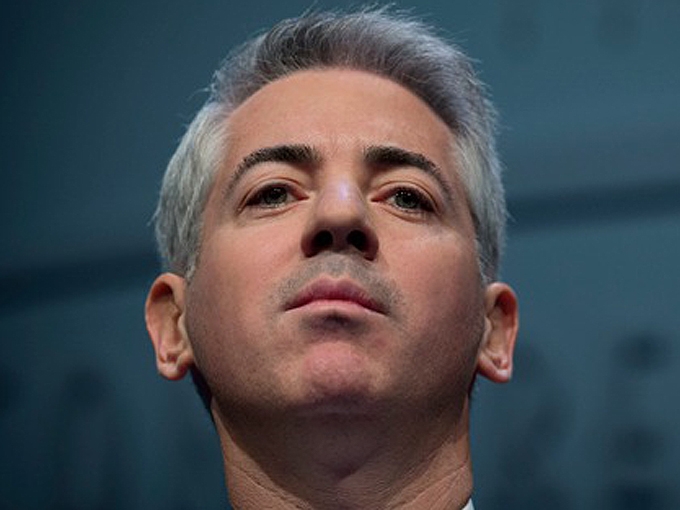 In what some industry observers believe may be a final attempt—short of a proxy battle—by hedge fund head Bill Ackman at a hostile takeover of Norfolk Southern, Canadian Pacific on Feb. 9, 2016, notified NS of its intent to submit a resolution to NS shareholders “to ask their board of directors to engage in good faith discussions with CP regarding a business combination transaction.”

Billionaire Ackman, CP’s second-largest shareholder (after T. Rowe Price*), saw his Pershing Square Capital Management lose 20% of its value in 2015 (his fund’s worst year ever, by his own admission), with no signs of a rebound thus far this year. NS has thus far rebuffed all acquisition offers, and there has been considerable pushback from U.S. legislators, rail shippers and other interested parties. And CP CEO Hunter Harrison, whose ability to achieve significant operational and efficiency improvements at any railroad he has run (he was named Railway Age’s Railroader of the Year last year for doing just that at CP), and who thus far has been Ackman’s trump card, has hinted that CP may be ready to back off. Nevertheless, Ackman, not known for being conciliatory, presses onward.

CP, using the oft-repeated characterization of a merger with NS as “a true end-to-end transcontinental railroad that would enhance competition, benefit the public and drive economic growth,” claims that NS shareholders “have been telling CP from the beginning that their own board should, at the very least, talk to CP about a potential combination. CP’s shareholder resolution to NS asks shareholders to formally vote in favor of what they have been saying to CP anecdotally for months.”

“Further, while some NS shareholders have asked CP to nominate an alternative slate of directors for the NS board to help initiate a transaction, we believe this shareholder resolution is the clearest, fairest approach to a process that will result in an outcome beneficial to all stakeholders,” CP said. “CP’s proposal to NS, which includes a sizable premium in cash and stock offered to NS shareholders, would result in a company with the potential for faster earnings growth than either CP or NS could achieve on their own, all while delivering enhanced service to customers and maintaining a strong investment grade credit rating. CP strongly believes that a combined railroad would offer unparalleled customer service and competitive rates that will support the success of the shippers and industries it serves, and satisfy the U.S. Surface Transportation Board and Canadian regulators. In direct discussions with NS, CP could also be able to work with NS on the optimal means to obtain regulatory approvals for the transaction.”

“We are not asking NS shareholders to vote on the existing proposal; we are simply asking them to vote in favor of having their board talk to us,” said Harrison. “We continue to believe in the potential to create a transcontinental railroad with NS and believe this is a fair and measured approach to getting a deal done. Shareholders and analysts will be watching NS closely throughout 2016 and if [NS continues] to underperform, the pressure to work with CP will only grow. Our model performs in good times and bad, consistently driving shareholder value during the peaks and the valleys—surely that kind of performance is what shareholders would expect their board to deliver and they can only deliver it by working with us.”

NS issued the following response to CP “regarding the non-binding shareholder proposal submitted by Canadian Pacific”:

“CP has proposed a non-binding resolution that NS should have discussions with CP regarding a business combination. NS has already met with CP and publicly provided clear detail regarding the NS Board’s concerns. While CP continues to publicly declare that NS should ‘talk to CP about a potential combination,’ we believe further discussions are not in the best interests of NS shareholders unless CP offers NS shareholders compelling value and addresses the regulatory issues inherent in its proposal. The NS Board carefully considered and unanimously rejected each of CP’s three unsolicited acquisition proposals, after it determined that each was grossly inadequate and would face substantial regulatory risks and uncertainties that CP would be highly unlikely to overcome. Notably, CP has not addressed the NS Board’s concerns, nor sought a declaratory order from the Surface Transportation Board that would provide clarity regarding the likelihood of regulatory approval of its voting trust structure.The NS team remains focused on executing our plan to reduce costs, drive profitability and enhance value for all NS shareholders. We believe the interests of NS shareholders are best served by the continued execution of our strategic plan.”

With regard to a voting trust, NS said to CP on Dec. 23, 2015: “We do not believe that your voting trust structure would be approved. As you know, our view reflects careful analysis by our regulatory experts and is fully supported by two former Surface Transportation Board (“STB”) Commissioners. You have a path to seek a declaratory order from the STB as to whether the voting trust structure that you proposed could work. The STB has clear, statutorily-established authority to issue declaratory orders to remove uncertainty, and there is precedent for it in the voting trust context. No involvement by Norfolk Southern is required for you to seek a declaratory order regarding the legality of putting Canadian Pacific into a voting trust under your proposed structure. Your decision not to seek an order shows a lack of confidence in your proposed structure.”

* According to the most recent filings. “Pershing hasn’t been selling; it appears that T. Rowe Price has been quietly accumulating shares over a period,” according to a source.