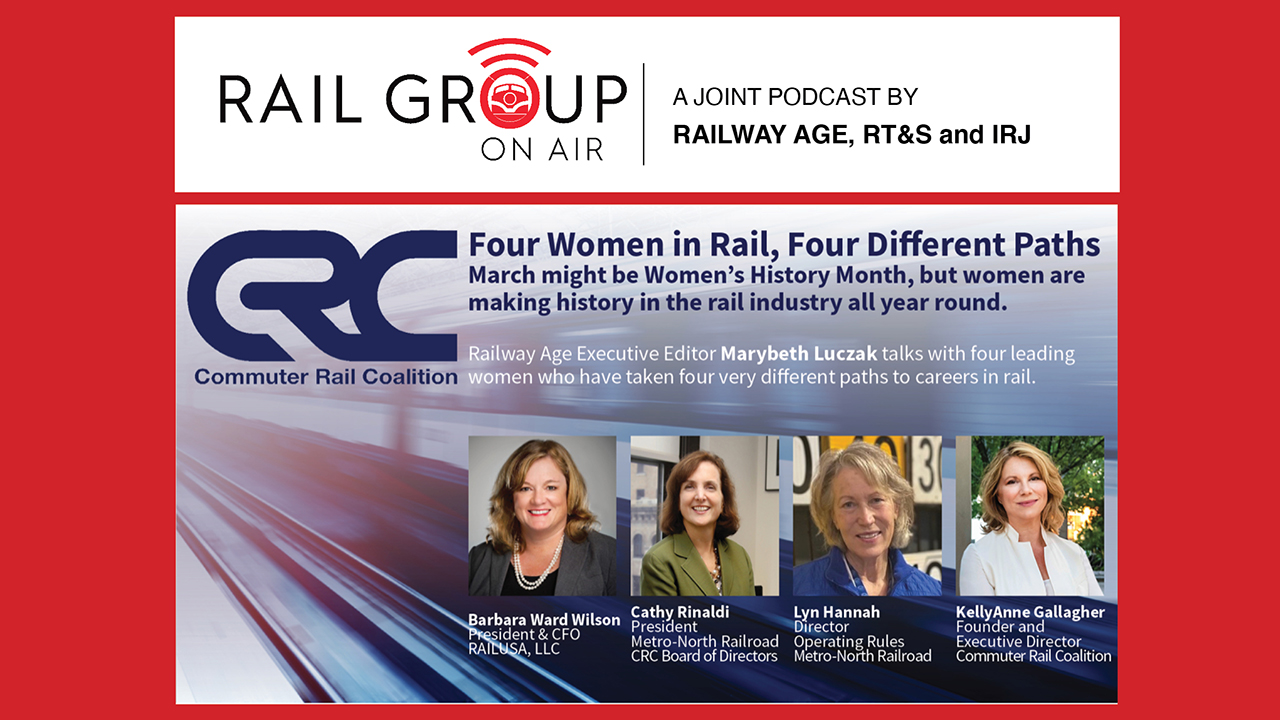 In this podcast, part of our series sponsored by the Commuter Rail Coalition, Railway Age Executive Editor Marybeth Luczak talks with four women in the rail industry who have taken four different career paths: MTA Metro-North Railroad Director-Operating Rules Lyn Hannah, Metro-North President Cathy Rinaldi, RailUSA President and CFO Barbara Ward Wilson, and Commuter Rail Coalition Executive Director KellyAnne Gallagher. They discuss how they got to the leadership positions they hold today, and what they are doing now to engage more women and young people to consider a railroading career and help them understand that the railroad industry is one deserving of their participation.