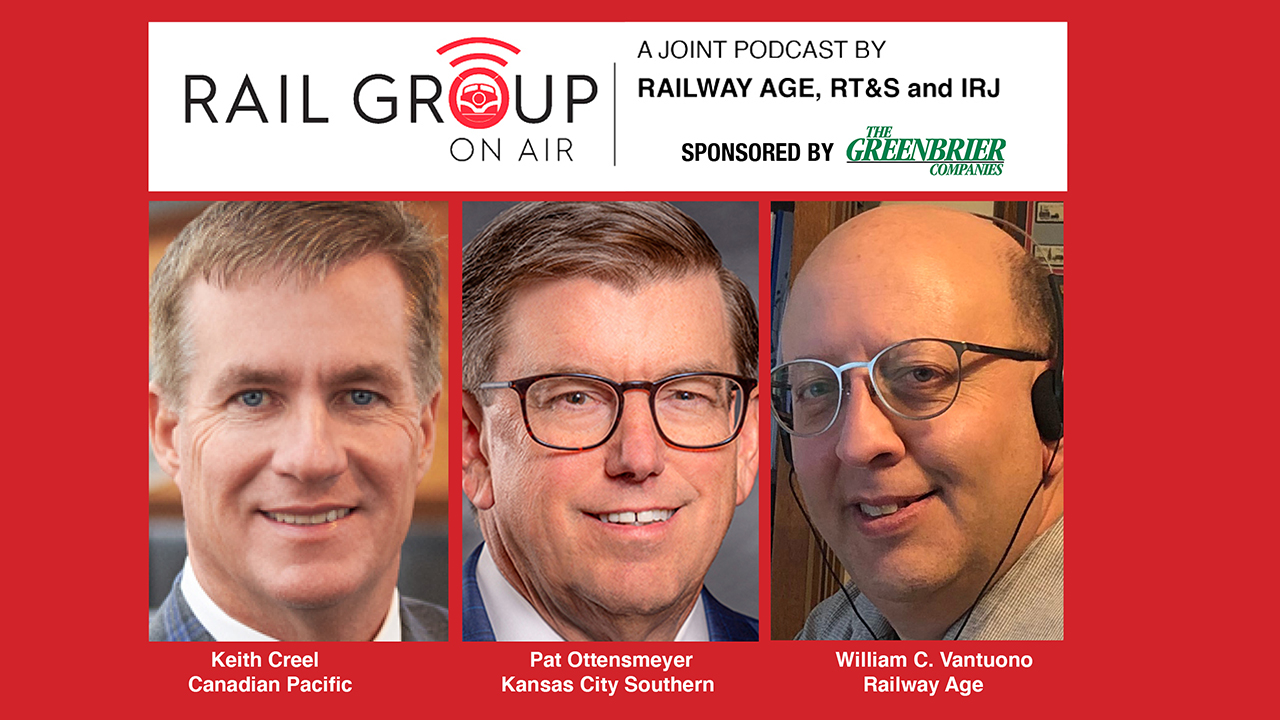 Early on March 21, the big announcement came: Canadian Pacific Railway will acquire Kansas City Southern in a cash and stock transaction worth $29 billion in U.S. dollars. The combined Class I will be named Canadian Pacific Kansas City, CPKC.  If approved by the United States Surface Transportation Board, the merger will be the first Class I transaction of its type since the late 1990s. The result will be a single, integrated rail system connecting ports on the U.S. Gulf, Atlantic and Pacific coasts with key overseas markets, with reach via new single-line hauls across the combined company’s continent-wide network. Importantly, CP and KCS say, “no customer will experience a reduction in independent railroad choices as a result of the transaction, and customers will benefit from a seamless integration of the two systems without service disruption.” Railway Age Editor-in-Chief William C. Vantuono speaks with Canadian Pacific President and CEO Keith Creel, 2021 Railroader of the Year, and Kansas City Southern President and CEO Pat Ottensmeyer, 2020 Railroader of the Year. Podcast sponsored by The Greenbrier Companies, Virtual Sample Railcar™.