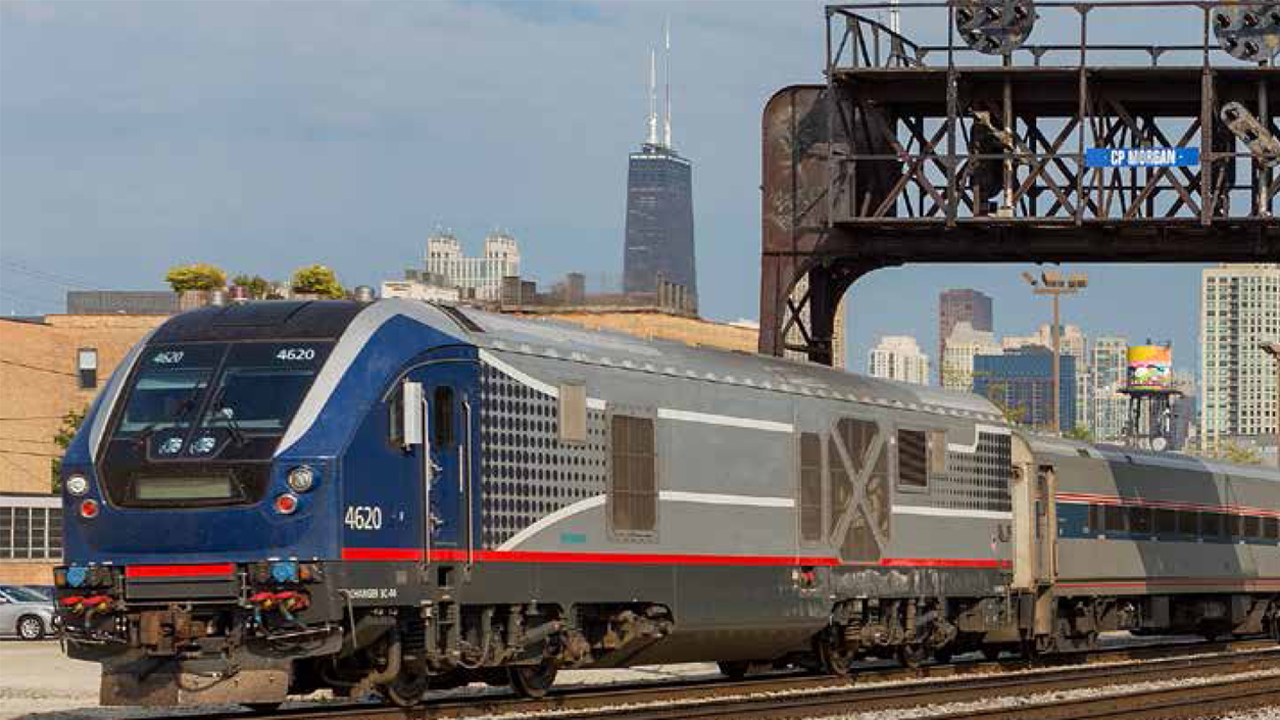 Steven Rattner—the man who spent $82 billion in taxpayer money to bail out the private automobile industry in 2009—seems to think the nation should not fund public passenger trains to provide basic transportation to Americans who live and travel to places outside the Northeast Corridor (“Who Needs Amtrak? Not Wyoming”, New York Times, July 1, 2021).

To issue an opinion piece dismissing the need for rail investment in “Flyover Country” as we celebrated our nation’s independence, a holiday for the entire country, shows a fundamental disrespect and lack of understanding of the needs and contributions of America’s diverse, interdependent regions that make us strong.

Yes Mr. Rattner, even states like Wyoming need trains. Rural “long-distance” trains (themselves a series of corridors) are a lifeline for the communities they serve and engines of economic growth. These trains are not nostalgia; they are a necessity. As illuminated in an analysis by the Rail Passengers Association, the nation’s foremost rail advocacy organization, Amtrak’s Empire Builder and the Southwest Chief bring more than 10 times the return on investment to the communities in the 15 states they serve. Starved of investment for decades, our national passenger rail network is too skeletal, infrequent, and lacks modern equipment. And yet, trains are often sold out, indicating a strong public demand for alternatives to flying and driving.

How do Rattner, and others like George Will and Mike Grunwald who seem to know the cost of everything but the value of nothing, propose rural Americans travel? Jump on a grain train from Omaha to Denver? Hop on chemical cars from New Orleans to Chicago? Stay put and not travel? Forego needed medical services? Not everyone in Flyover Country drives, and those of us who do would like the freedom to choose more environmentally sustainable and time-productive options such as rail. A Wall Streeter is telling us we don’t deserve mobility, respect or economic opportunity. In Flyover Country, passenger rail is a great uniter: urban and rural, conservative and liberal, it does not matter. People need and want trains.

If the Northeast Corridor is the nation’s aorta, then Flyover Country is the lungs and stomach. In a zero-sum race to the bottom, Will, Grunwald and Rattner would have the federal government neglect the heartland, much to the nation’s detriment. Infrastructure is the muscles and ligaments powering our economy and livelihoods. We all need to work together to our own and our nation’s benefit; we all need healthy rail investment. Without rail investment in Flyover Country, the U.S. economy will falter.

We’re well behind internationally on equitable rail investment. Inequitable treatment of rail (passenger and freight) on both the federal and state levels poses national security risks and presents a geostrategic liability. Has the Pentagon has evaluated whether a WWII style mobilization, of all modes, could happen today? Equitable rail investments, on-par with highways and aviation, will ensure our transportation system meets the challenges of the 21st century. Together, the needs of freight transportation and public mobility compound to necessitate a reinvestment in our national rail infrastructure. Golden Goose or Achilles heel, the choice is ours.

If the coastal elites experienced the heartland’s diminished quality of life and economic opportunities, heads would roll. Closed hospitals, post offices, and schools are just a few of the many burdens rural areas have endured for decades.

Many Wall Street and Beltway insiders like Rattner, Will and Grunwald enjoy a lifestyle made possible by Flyover Country’s agriculture and natural resources, frolicking in enclaves like Aspen and Jackson Hole. Rural America helps power cities, keeps people fed and provides recreational opportunities for our urban brethren. Why should we acquiesce in silence to increasing isolation and continued declines in quality of life? Is an investment in a basic national passenger rail network to bind us all together too much to ask?

If the Biden Administration is serious about equity and representation, it should ensure that Flyover Country has a seat at the table when it comes to planning and allocation of infrastructure resources, with decisionmakers who personally understand the acute limitations of current transportation options and see the easy opportunities for improvement. Representation matters. Respect matters.

To the good people of the Northeast Corridor and other urban metros, I support you and your projects and hope you do not denigrate us or try to sabotage our services and projects. At the end of the day, we’re all in this together.

Dan Bilka is an architectural designer by training, a Board Member of the Rail Passengers Association (former South Dakota Rep.), Board member of the Colorado Rail Passenger Association, and is a Coordinator with the Greater Northwest Passenger Rail Working Group. The opinions expressed here are his own.

Editor’s Note: From Wikipedia: “During his tenure with The New York Times in Washington D.C., Steven Rattner developed an interest in economic policy, drawing him to politics and public service. In the mid-1990s, he began to work actively on behalf of Democratic candidates, beginning with President Bill Clinton. In February 2009, with General Motors and Chrysler insolvent, Rattner was appointed counselor to the United States Secretary of the Treasury and lead auto adviser, a role informally referred to in the media as the “car czar.” He soon assembled a team that grew to 14 professionals to address the financial problems of the two auto companies. Reporting to both Treasury Secretary Timothy Geithner and Lawrence Summers, the head of the National Economic Council, Rattner’s team developed a plan to save both the two manufacturers and related suppliers and finance companies. The plan involved a government investment of $82 billion in the sector, coupled with controlled bankruptcies for the two auto companies, as well as new management for both, and the closure of 2,000 automobile dealerships and loss of tens of thousands of related jobs. Rattner later stated that the toughest decision for President Obama about the two auto companies was whether to save Chrysler. There was, however, no disagreement about asking GM CEO Richard Wagoner to step aside. By July 2009, both automakers had emerged from bankruptcy, had new management and were on their way to profitability.” At that time, Rattner left Washington and returned to private life in New York.”