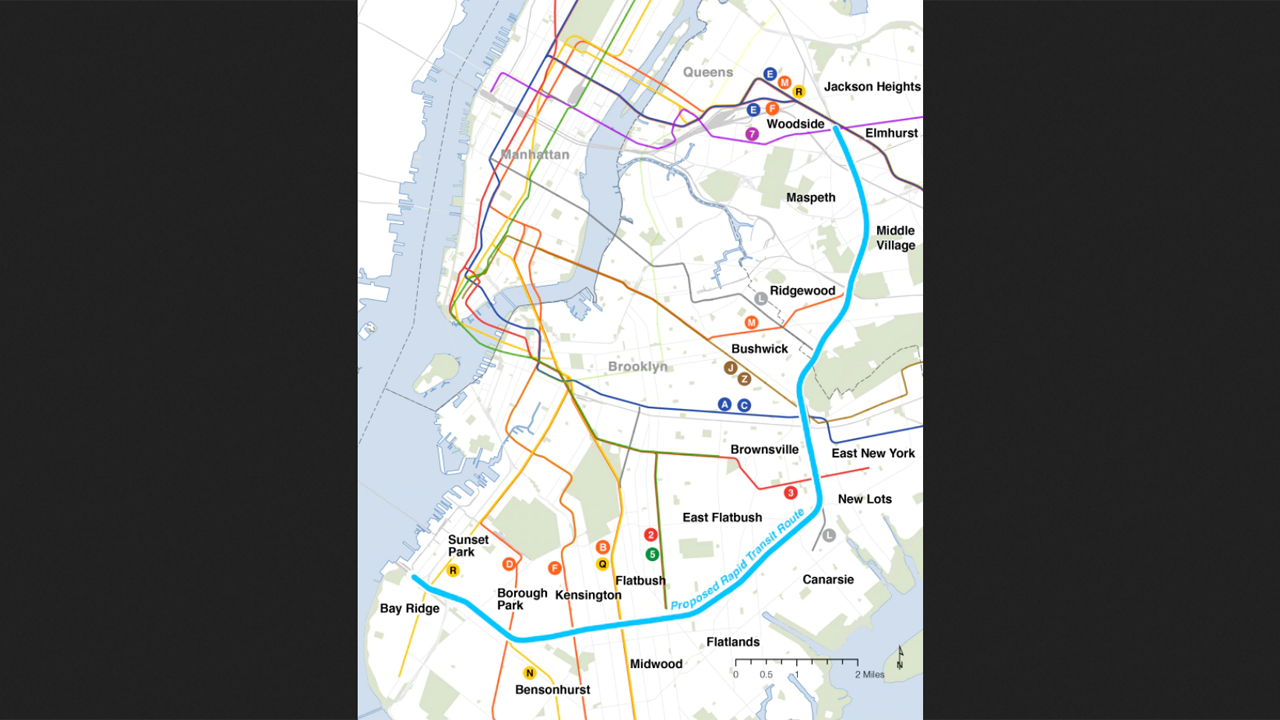 A proposed ‘Interborough Express’ transit service could use the existing 14-mile Bay Ridge Branch freight line—owned by MTA Long Island Rail Road and operated by New York & Atlantic—to link communities in Brooklyn and Queens that are not currently served by rail.

During her first State of the State address on Jan. 5, Gov. Hochul called the service a “bold idea” that would use the existing 14-mile Bay Ridge Branch freight line—owned by MTA Long Island Rail Road (LIRR) and operated by New York & Atlantic—to link communities in Brooklyn and Queens (see map above).

MTA will begin an environmental review of this new transit option—potentially light rail, what the agency is calling “heavy rail,” or bus rapid transit (BRT)—that would serve close to 900,000 residents, along with 260,000 people who work in the area. (“Heavy rail,” according to an industry source close to the project, would not be rapid transit.) It is slated to provide connections to LIRR commuter rail service and as many as 17 MTA New York City Transit subway lines; existing subway lines are oriented toward Manhattan.

“This project would smartly repurpose existing infrastructure to add mass transit and create access to jobs, education and opportunity for so many residents of Queens and Brooklyn,” MTA acting Chair and CEO Janno Lieber said. “I applaud Gov. Hochul’s leadership, and we are enthusiastic to work with her, and federal and state partners to advance the Interborough concept.”

Gov. Hochul also directed the Port Authority of New York and New Jersey to complete an environmental review for the Cross Harbor Rail Freight Tunnel, which could potentially link with the Bay Ridge freight line.